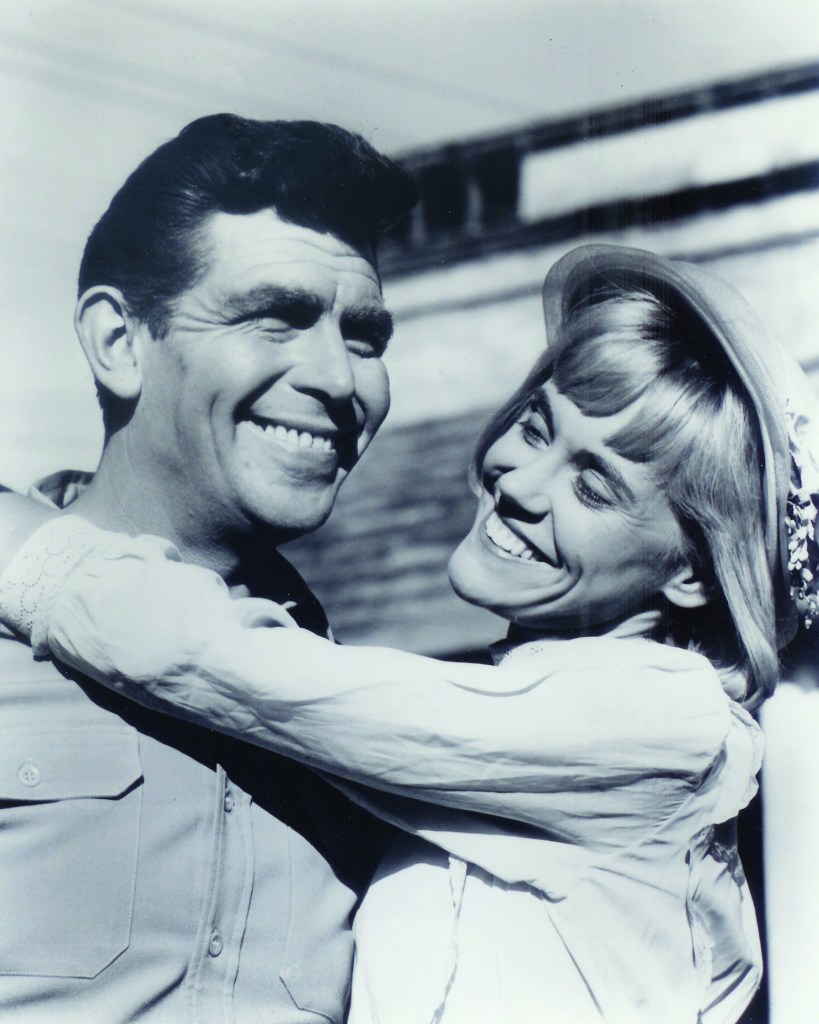 Dixie Griffith remembers spending vacation time on the Outer Banks with her dad, Andy.
She didn’t look at him as being famous. He was her dad.
She will be joining actress Maggie Peterson, the Mayberry Tribute Artists and Tim White and the VW Boys for a one-night show on Saturday in Troy.
The show will be Griffith’s second appearance in Troy.
“Last year’s show was a total sellout. Dixie shared stories about what it was like to be the child of Andy Griffith,” said Oakboro resident Jeff Branch, who has been promoting shows for many years.
A member of the Mayberry Tribute Artists, Branch also plays the role of Howard Sprague, the shy Mayberry bachelor who sported the bow tie and lived with his mother.
Peterson, the actress who played the role of Charlene Darling on the show, will share stories from the show and perform her signature song, “Salty Dog.” Her character had a crush on Sheriff Andy Taylor and wanted to marry him.
“Tim White and the VW Boys will perform a retro style of music,” Branch said.
“They had the crowd dancing in the aisles last year with the crowd begging for more,” he added.
Many people will recognize Tim White of the VW Boys as the host of “Song of the Mountains,” the nationally syndicated concert series seen on PBS each week.
“We love our music and share it everywhere we can,” White said.
The band has performed at Dollywood, the Kennedy Center in Washington, D.C. and The Ford Theater and Country Music Hall of Fame, both in Nashville, Tennessee.
“The Andy Griffith Show” first aired on CBS in 1960. It has aired continuously on WFMY News 2 in Greensboro and has been shown worldwide.
“I still receive cards from fans,” said Peterson. “They come from all over the world.
“I’m always getting new fans as younger generations see the show for the first time,” she added.
Peterson lives and performs in Las Vegas. Her acting career included appearances in “My Three Sons,” “Green Acres,” “Gomer Pyle USMC” and “The Odd Couple.”
The event will be at the First Bank James Garner Center, at 210 Burnett St., Troy. Showtime is 7 p.m.
Refreshments will be provided by the West Montgomery Lions Club.
Reserved seats are $20.
General admission is $15.
Tickets for children ages 6-10 are $10.
For reserved tickets, call Branch at 704-985-6987.
For more information, visit www.bluegrassintroy.com.