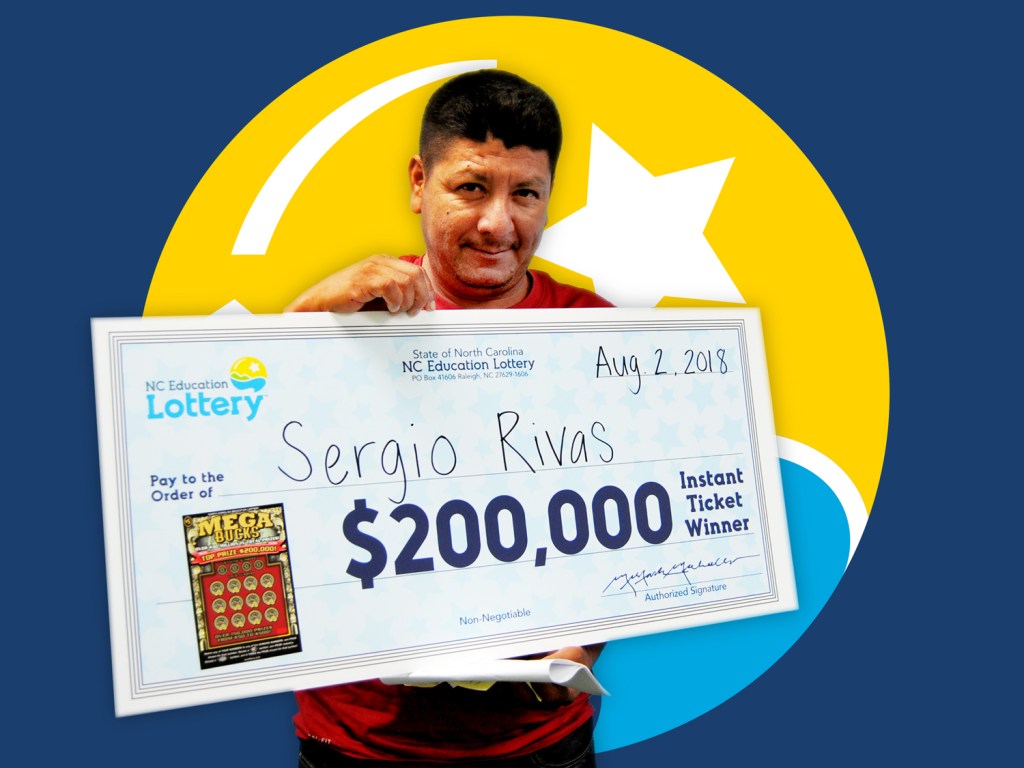 Rivas, who frequently travels around the country for work, is currently staying in Charlotte helping with the I-77 construction project. His good luck hit when he stopped by the 7-Eleven on Old Statesville Road in Charlotte and bought the lucky $5 ticket.

Rivas claimed his prize Thursday at lottery headquarters in Raleigh. After required state and federal tax withholdings, he took home $141,003.

“Wow,” Rivas said in shock upon being presented with his big check. “I can’t believe it. Very exciting!”

Mega Bucks launched in November of 2017 with seven top prizes of $200,000. Three top prizes remains to be claimed.

Ticket sales from instant games like Mega Bucks make it possible for the lottery to raise more than $600 million a year for education. For details on how lottery funds have made a difference in all of North Carolina’s 100 counties, click on the “Impact” section of the lottery’s website.