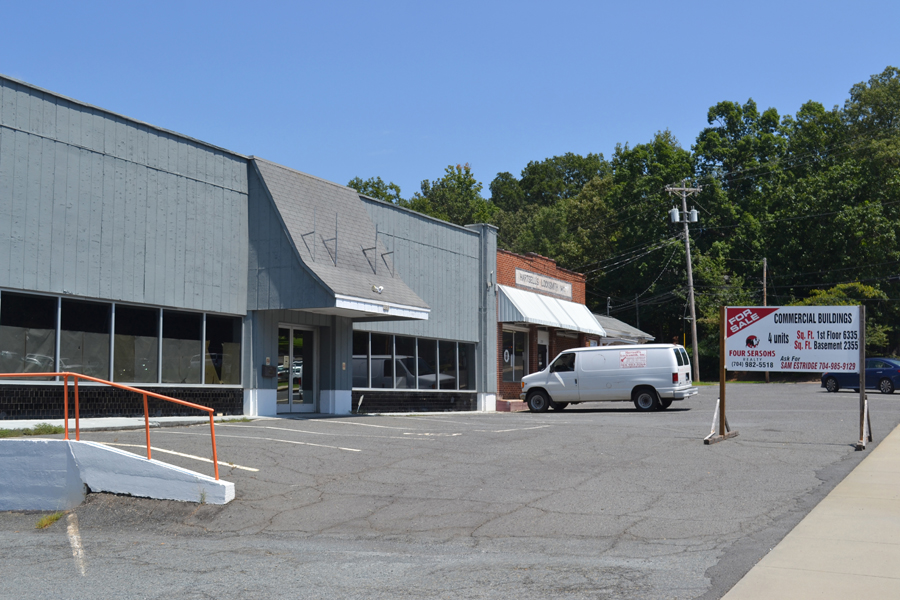 The city of Albemarle is buying a row of four buildings on Pee Dee Avenue, above, which will likely be used for future parking for the coming Pfeiffer University downtwon campus.

In a special called meeting Friday morning the Albemarle City Council unanimously approved the purchase of property that could serve Pfeiffer’s downtown campus.

The city agreed to buy four commercial buildings at 333, 335, 337 and 339 on Pee Dee Avenue for $125,000 from the heirs of the Caldwell A. Holbrook estate. This could be a future parking site for Pfeiffer University’s planned graduate campus in the Five Points area.

“The buildings could be used or it could be used for parking,” Councilman Chris Bramlett said. “We probably wouldn’t have done this without the Pfeiffer effect.”

“The need will determine what becomes of the property,” Councilman Benton Dry added.

Plans call for Pfeiffer to build a satellite campus about a block away from the purchase site and adjacent to a vacant lot already owned by the city.

Since Pfeiffer announced the planned campus at the former Stanly County Museum site, which prompted a property swap between the county and city, there has been an uptick in downtown development.

“I think with the coming of Pfeiffer this will be a valuable piece of property,” said Gus Holbrook, one of the ownership heirs.

The row of buildings have been on the market under the contract of Four Seasons Realty.

Only one of the four buildings is presently occupied by a tenant. Hartsell’s Locksmith is located at 335 Pee Dee Ave.

While Hartsell might be safe for the time being, it will likely have to relocate in the near future, Mayor Ronnie Michael said.

Michael recused himself from discussion and subsequent vote of the purchase, citing the possible perception of a conflict of interest. His son-in-law is employed by Four Seasons.