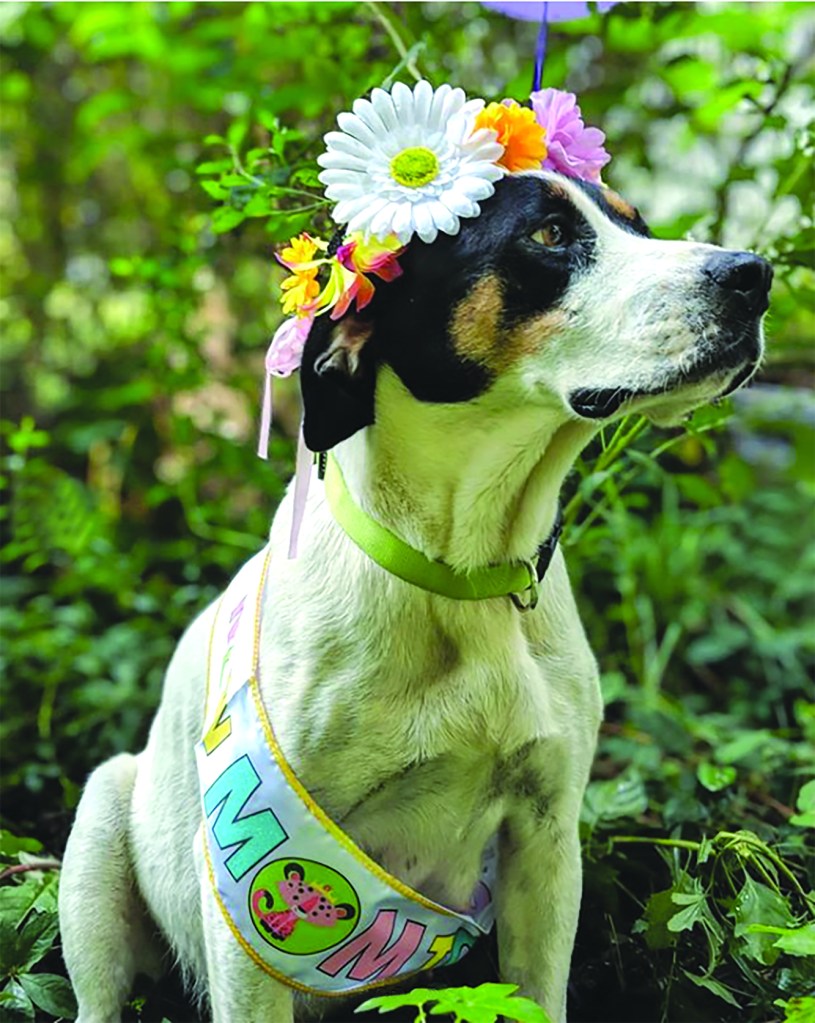 Ima gazes off into the distance during her maternity shoot. Shortly after her photo session, Ima gave birth to a litter of 12 healthy puppies.

After she was abandoned by her owners, a pregnant dog became something of a celebrity after her foster family treated her to a maternity photo shoot — then birthed 12 puppies.

Ima, who is about 3, was abandoned by her owners in the Stanfield area, according to Karen Linker, a co-founder of Paws of Piedmont Animal Rescue. Two other dogs at the same property were killed after they were struck by cars.

The dog was taken in by a neighbor who had a 6-foot-tall fence, but Ima jumped the gate, which was only four feet tall, and ran away. When she returned a month later she was pregnant, and the neighbor knew she wouldn’t be able to care for 13 dogs.

The neighbor surrendered Ima to Paws of Piedmont, but the small rescue wasn’t confident it could support Ima.

“We were afraid if she needed a C-section or something it would be more than we could handle,” Linker said. Her friend, Gretchen McCollum, reached out to the Greater Charlotte SPCA, which was able to take Ima.

“This was a good example of rescues working together, because so many rescues work against each other,” Freeman said.

Through the GCSPCA, Sarah Freeman decided to foster Ima.

The dog gained national attention, becoming featured on PEOPLE.com and online at “Good Morning America” after Freeman did a maternity photo shoot for Ima. She was inspired after seeing pregnant friends do photos.

Ima wore a sash and flowers, with pink and blue balloons in the background, for her maternity photos. 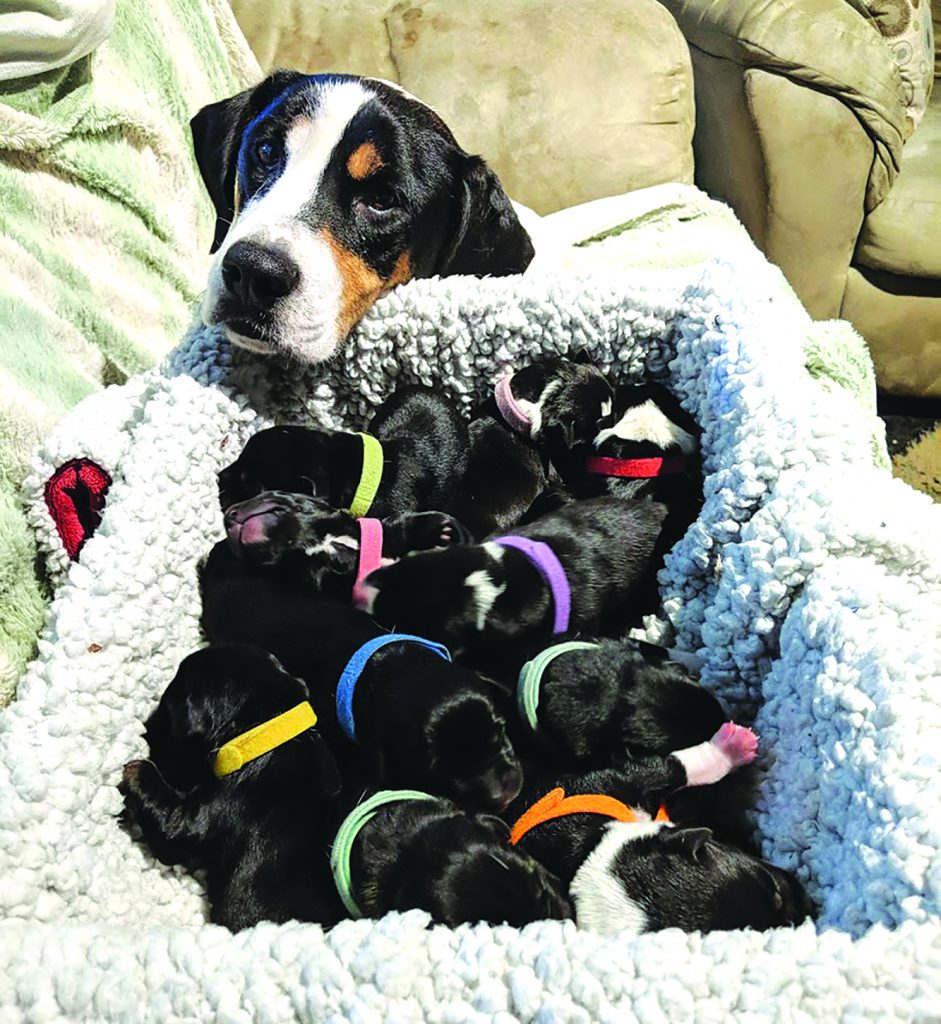 A tired but content Ima looks lovingly over her litter of puppies. Ima gained national attention after her foster did a maternity shoot for the abandoned mother.

Freeman took additional photos of Ima with her puppies, and of the puppies alone, when they were born a few days ago. Ima had six male and six female puppies.

Ima and her puppies have been pampered with photo shoots, care and even painted nails for Ima.

The new mama has responded well to the care.

“She is doing great,” Freeman said via email. “She tried to get a moment of peace yesterday but loves her babies. She is so skinny that I cannot feed her enough it feels like.” 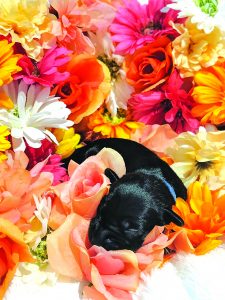 One of Ima’s puppies rests his head on a bed of flowers.

Since no one knows what breed the father was, Freeman said they are uncertain what mix the puppies are but that they should know more in four or five weeks.

Freeman owns only one dog, a 100-pound female Great Dane/Rottweiler/Mastiff mix, but has fostered 72 animals since she began fostering for the GCSPCA in January 2017.

Paws of Piedmont, the rescue that originally took in Ima, is based in Locust and opened last September.

Since Sept. 20, the organization has had 67 adoptions, 70 transfer saves to another rescue and 30 current fosters, for a total of 167.

Donations can be mailed to Paws of Piedmont, PO Box 567, Locust NC 28097 or sent by PayPal to pawsofpiedmont@gmail.com.

To learn more about fostering, contact Paws of Piedmont at pawsofpiedmont@gmail.com.