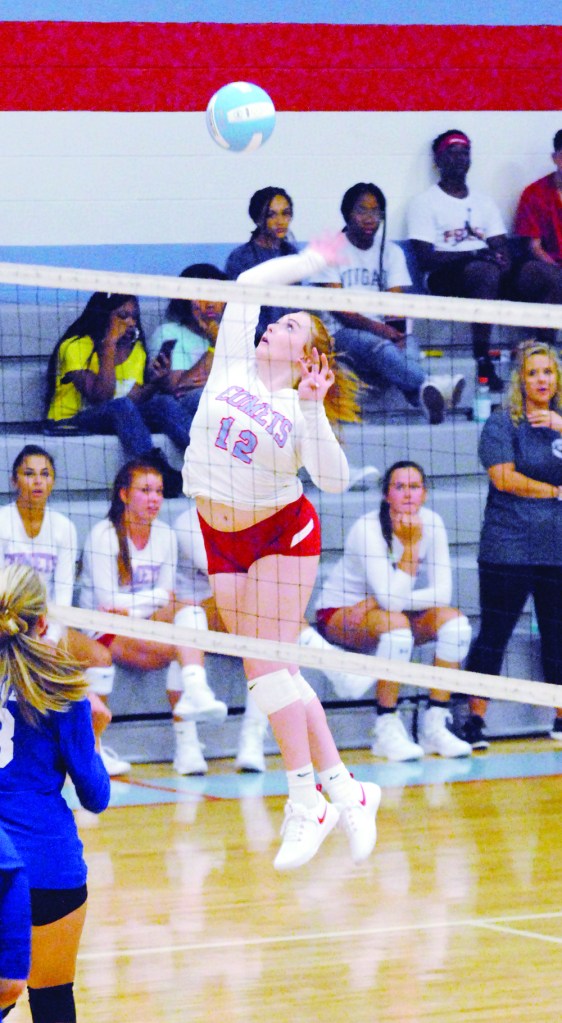 The Comets' Madi Morris goes up for a kill in the first set of North's 3-0 win over South Davidson on Tuesday. (Photo by CHARLES CURCIO)

The North Stanly volleyball team opened its 2018 season with a home conference game against the South Davidson Wildcats.

Mallory Gardner led the Wildcats (0-1, 0-1) with six of the team’s 10 kills. Lacey Anderson and Bayli Medlin each had five assists for South Davidson.

Taegan Lowder served well early in the first set for North Stanly (1-0, 1-0 YVC) with three aces in the first six points. North built a 10-3 lead before the Wildcats asked for a timeout.

North’s solid serving continued as libero Brinn Kimrey added an ace of her own in a long run for the Comets in the first set. The hosts led 15-5 on a Taegen Lowder kill then got two more aces from Alex Childress to lead 18-5, with the Wildcats again calling a timeout. 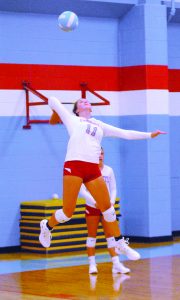 In the second set, Lauren Wyatt had an early ace and put South Davidson up 3-2 but a big kill from Merris Talbert helped the Comets pull ahead.

The Wildcats kept the second set close, including a tie at 11-11, but a 7-3 run by the Comets forced a South Davidson timeout. North continued to build the lead until Madi Morris’ kill capped off a nine-point win in the second set.

North Stanly hosts Mount Pleasant Thursday at 4 p.m. in a big non-conference matchup with the Tigers.

North hosts Central Cabarrus on Monday then goes back to conference play with a road game at Albemarle.