Bars can confine, but they can’t eliminate a child’s love 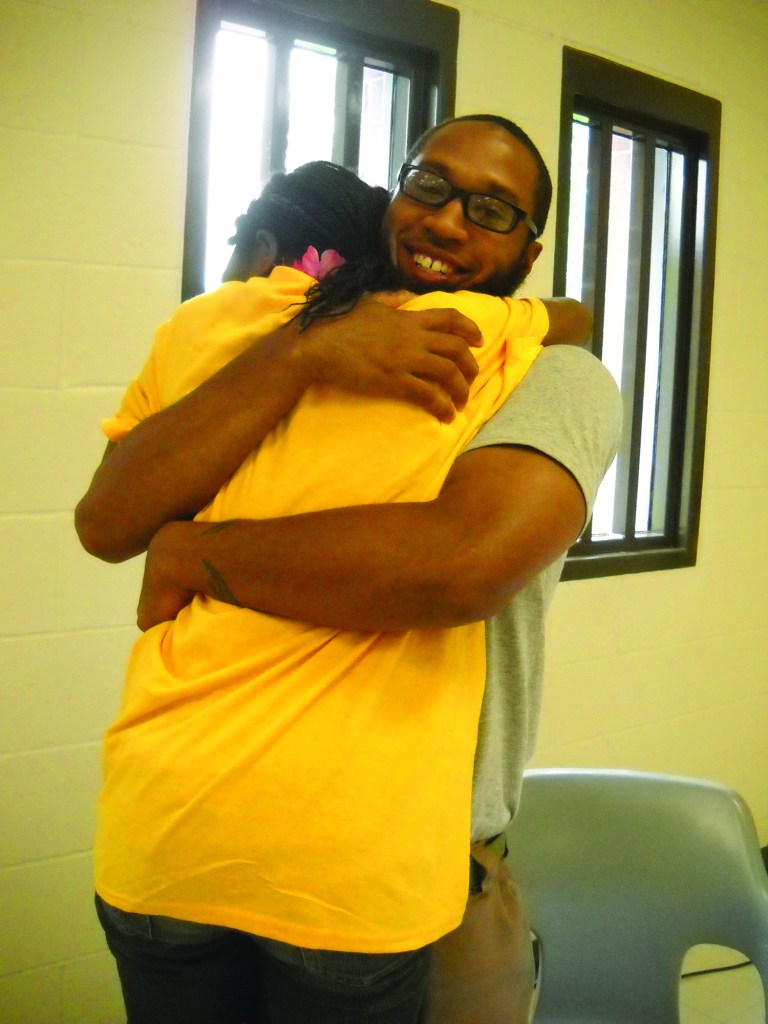 Inmate William Mack and his daughter Samara greet each other through the Proverbs 226 program visit to Albemarle Correctional Institute.

William Mack believes he’s a blessed man. He’s grateful for three meals a day, a roof over his head and clothes on his back.

His family is supportive though they cannot spend much time together.

He lives off one of Stanly County’s country roads — he also lives behind bars, metal doors that bang shut and high concertina wire fences. The view isn’t great, but his perspective is clear.

“I’ve learned to accept my responsibility for my mistakes and decisions. Once you accept blame, you can learn from mistakes,” the 33-year old Mack says from Albemarle Correctional Institute. “Doing time has allowed me to grow — allowed me to become the man I need to be for my children.”

Mack has three children, and last Saturday his broad smile punctuated his calm demeanor while awaiting his 12-year-old daughter’s visit.

Samara was 8 months old when her father was sentenced in 2007. Four months ago, they were reunited through the efforts of his aunt and of Samara’s mother. The two ladies connected on Facebook and affirmed a mutual desire for Mack to see his daughter. Within a few weeks, the first visit was arranged.

“That first conversation was hard,” says Mack. “She was confused and wondered why I wasn’t around and what had happened. I never wanted to be away from my children.

Because my mother and father were away, I was raised by my grandparents. I wanted the opposite of that for my children.”

Cyril Prabhu understands abandonment. He grew up fatherless in India.

He is no stranger to victimhood either. Not long after immigrating to the United States in 1993, he was robbed at gunpoint.

Shock and fear almost caused him to flee back to India.

Instead, Prabhu decided to change things. He discovered something in common with 85 percent of inmates — they came from fatherless homes. Additionally, he learned 70-80 percent of prisoners’ children end up in prison themselves.

So Prabhu has set a goal: help 1 million children break the cycle of generational recidivism before 2033. To that end, he operates a Christian ministry named Proverbs 226.

He and his wife, Jay, began the work in 2012 in South Carolina because of the high number of prisons. Now the program functions in 18 prisons and four states: North and South Carolina, Texas and South Dakota.

He left his job as a senior vice president at Bank of America to focus on running Proverbs 226.

In Badin Aug. 11, Samara and 17 other children gathered at Badin Baptist because mothers or guardians took the trouble to bring them from places like Charlotte, Monroe and Fort Mill, South Carolina so they could take a first step toward reconciliation with their fathers.

Proverbs 226 partners with Badin Baptist to facilitate the process for getting the absentee parent involved in the child’s life. No particular religious affiliation is required of the inmates.

Albemarle Correctional Institute in Badin houses more than 800 inmates, yet Saturday, eight men, 1 percent, stepped forward. Samara’s dad, a Muslim, said, “This room should be full. This isn’t an opportunity to throw away.”

William Glick, ACI assistant superintendent for programs, was on hand all day Saturday, along with other ACI staff members.

Glick acknowledges the hardship faced by inmates who want to make amends with their children, but also credits the parents and caregivers left behind who deal with the aftermath of someone else’s crime.

“There are more victims and people that have to deal with the issues such as family and kids being without fathers, which makes it an even bigger tragedy,” he said. 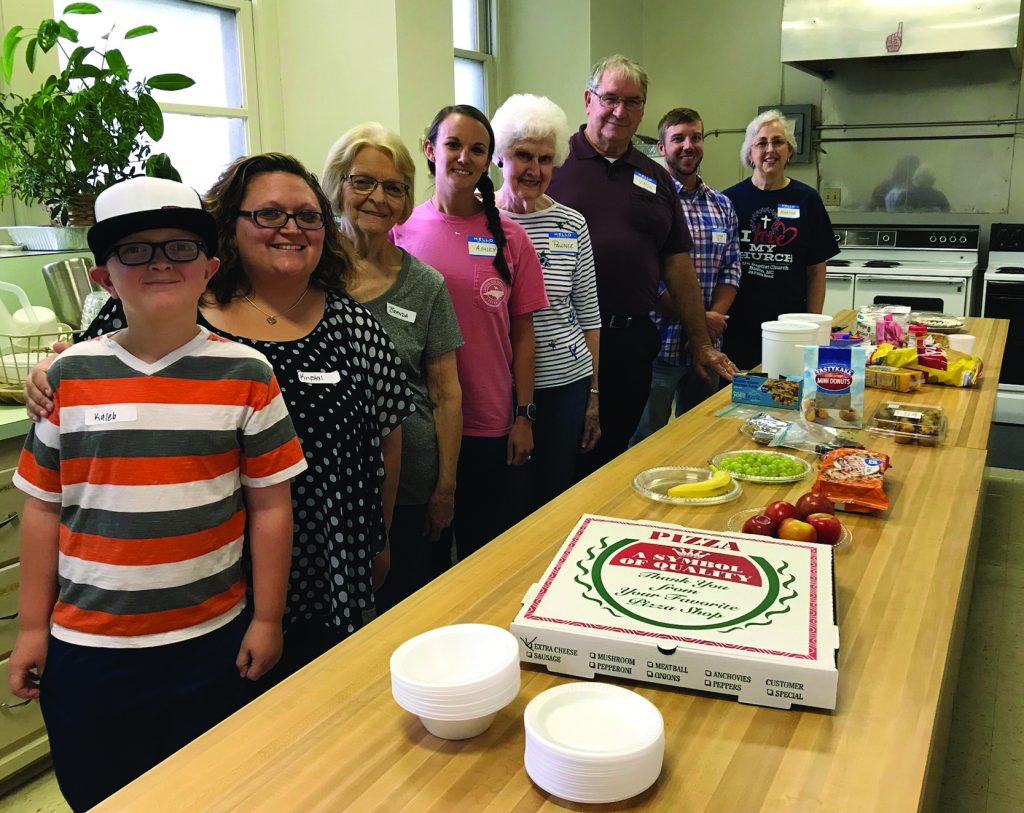 “Badin Baptist people were very accommodating and made us at home,” said Prabhu. “They are an amazing group.”

Prabhu says the ministry still needs more volunteers in North Carolina, including 15 or so in Stanly County. He will speak at churches throughout the state this fall for recruitment.

Before the men welcomed their children, they formed a circle and Prabhu prayed that the children would never go to prison, never drop out of school and never get pregnant before marriage.

“Fathers, today it’s about the children,” he said. “Talk to them. You don’t get a chance every day to put a medicine in their heart.”

At the long-awaited moment, the large visitation room filled with music. Each father’s name was announced while children passed through a gauntlet of cheering volunteers straight into the arms of their fathers.

After a few minutes of sitting together, uncertainty and awkwardness evaporated as Prabhu took the role of a camp counselor directing games. At that point, the name of the game was fun. Other activities and special moments followed.

In the afternoon, fathers and kids filled backpacks with school supplies. Prabhu said Bank of America has contributed $49,000 in school supplies for the multi-state ministry. Other corporations and foundations are coming on board, in addition to individuals and small business owners. But school supplies symbolize the overall goal.

Prabhu believes in educational opportunity for the children. This year, Proberbs 226 is sending 60 children to college.

“We help them find whatever grants and scholarships are available, then we bridge the gap. The average amount we award per child is $5,000-$7,000,” Prabhu said. “We’re helping kids so they won’t end up in the same place as these dads.”

The highlight of the day was when inmates knelt down in front of their children and asked for forgiveness, then washed their children’s feet.

Old shoes were set aside and new shoes put on their feet. These actions, along with letters of love from their dads, help mend the broken relationships between absent fathers and their hurting children, organizers said.

The experience was powerful but hard, particularly for the middle grade daughters, said Glick.

“The hardest part of the process was when it was time to leave,” he said.

“Many of the kids didn’t want to leave,” added Prabhu. “Some kids and fathers were crying.” 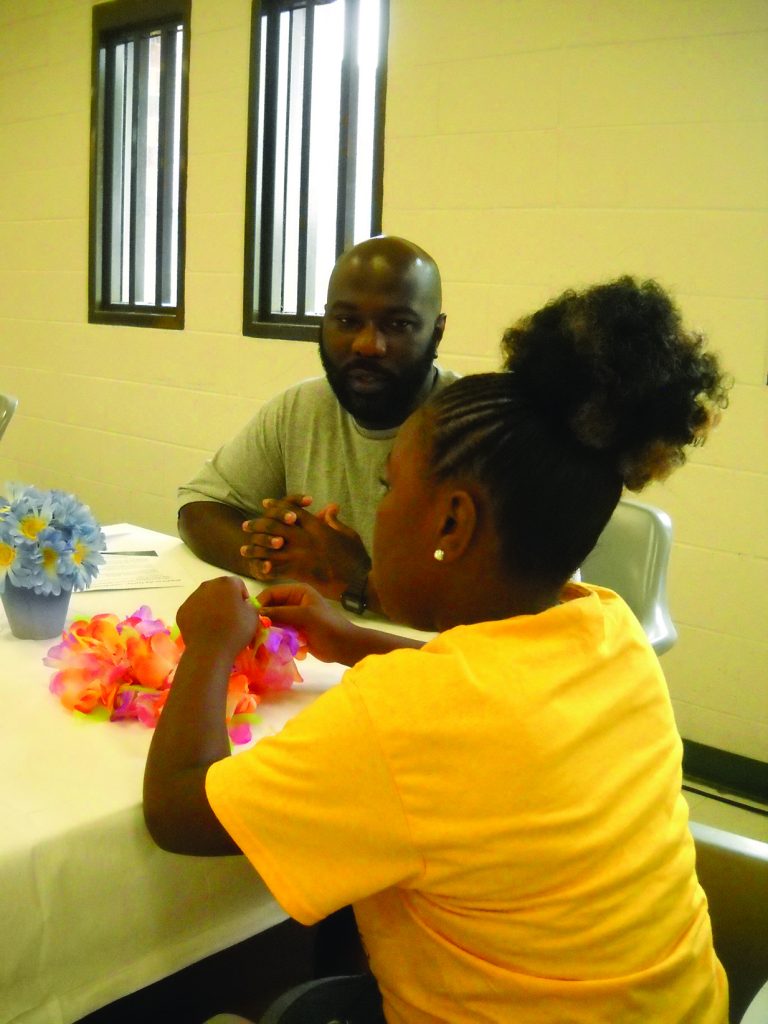 Inmate Alonzo Henderson’s daughter, Aliya, turns 10 in September and he plans to call and sing “Happy Birthday” to her, even though she says he doesn’t sing very well.

Aliya came to see her dad at the prison for the first time last year.

“My mom tries to get her here as often as possible, but today, my ex-wife’s parents brought her,” Henderson said. “We keep in touch through weekly calls and letters.”

Henderson has 12 years remaining on his sentence, but he presses on.

“I stay strong and focused. I put everything in God’s hands,” he said.

Already he’s earned an HVAC certification, taken a class called “Thinking for a Change” and plans to start an autobody program at Piedmont Correctional.

He’s most proud of the work he’s done in the dog training program and will soon receive an apprenticeship to be a certified dog trainer and care provider.

“My daughter can see what I’ve achieved and she even wants to help me with a dog-training business when I come home,” he said.

Hopes run high and plans for his daughter’s education are in the forefront of his mind.

“I want to make sure she’s staying focused in school, and help her know that I’m still there with her mentally and spiritually,” Henderson said. “I want to be a positive role model. I want her to know she can count on me.”

Anyone interested in the ministry of Proverbs 226 may email Cyril Prabhu at cyril@proverbs226.org.

Volunteers and donations are welcome. 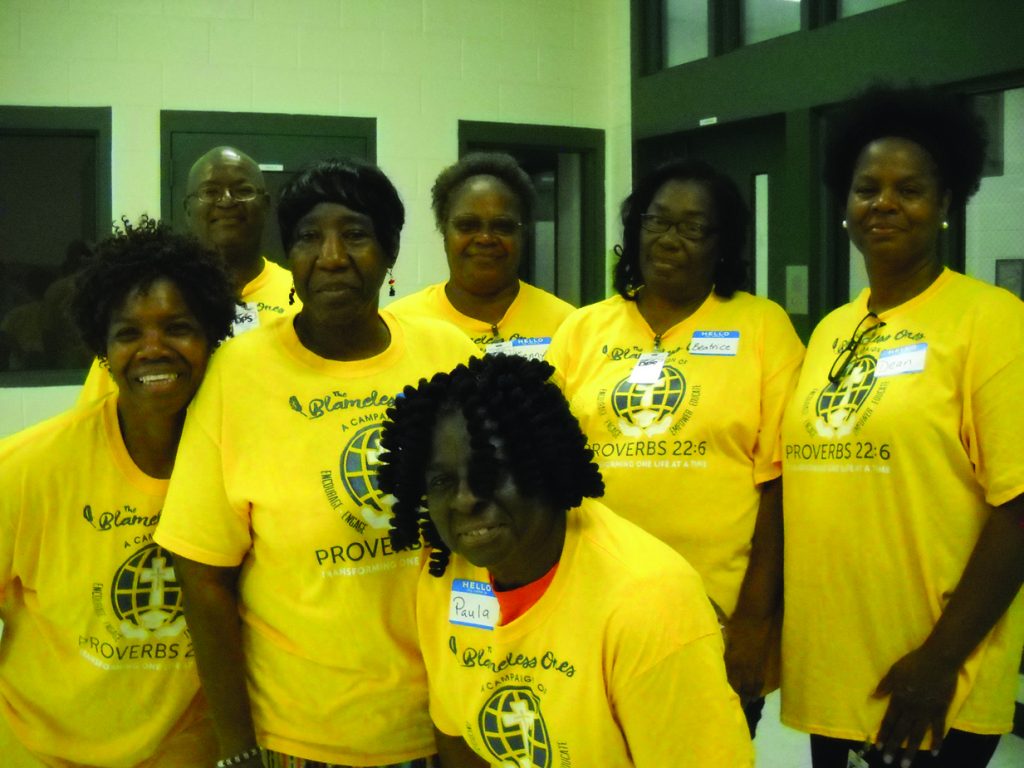