Construction begins on N.C. 24-27 in Albemarle 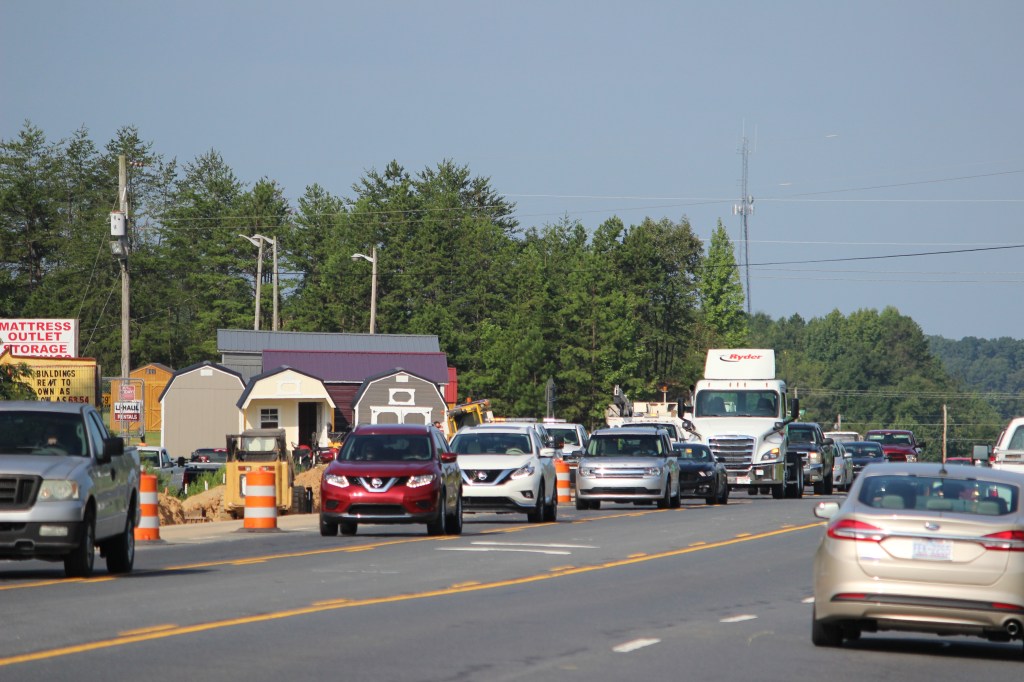 Photo by SHANNON BEAMON/staff A new layout for N.C. Highway 24-27 creates traffic congestion at varying times of day in Albemarle.

Work has begun on an extensive restructuring of N.C. Highway 24-27 in Albemarle.

Over the next several months, the N.C. Department of Transportation will turn a stretch of the highway — from Spaulding Street to Hinson Street — into a superstreet structure.
Lanes will be expanded and concrete medians installed so that left turns are limited to intersections only (similar to the structure of N.C. 24-27 near the Locust Wal-Mart).

“All of that is now underway,” Mayor Ronnie Michael said.

NCDOT began planning those changes back in 2016, largely for safety reasons. That stretch of N.C. 24-27 has seen an increasing number of accidents — including three fatal ones involving pedestrians — over the last several years.

With the opening of the Shops at Olive Place shopping center, traffic has greatly increased along that section of highway in the past couple of years, as well. In fact, the work on N.C. 24-27 will dovetail with improvements to Leonard Avenue to help ease traffic in and out of that outlet.

According to plans presented last year, an additional left turn lane will be added to Leonard Avenue coming out of the shopping center. That will mean removing the sidewalk near Zaxby’s and restructuring the lower portion of the road.

The council also discussed installing a roundabout/traffic light further up Leonard Avenue (between Wal-Mart and T.J. Maxx), but those plans were dropped after a lack of support from the commercial entities along the road.

As for the cost of the two improvement projects, federal High Hazard funds will cover most of structural changes to N.C. 24-27. Another $125,000 in state funds was secured by Sen. Tom McInnis for the Leonard Avenue project. The city of Albemarle will contribute about $45,000 to that latter project as well.

Now that they are underway, the projects should take about three months to complete, NCDOT said. That puts the completion date at the end of November.