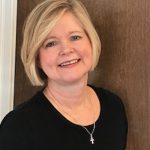 She also serves as the chairwoman of the Stanly Regional Medical Center Advisory Council and is a member of the Albemarle Rotary Club.

“I’m thrilled to be appointed and look forward to being a part of the group,” Allen said.

Allen’s appointment was one of 11 Cooper made to various state boards and commissions in Friday’s announcement.

“These boards and commissions do important work for our state and I’m thankful that these talented North Carolinians are willing to serve,” Cooper said.