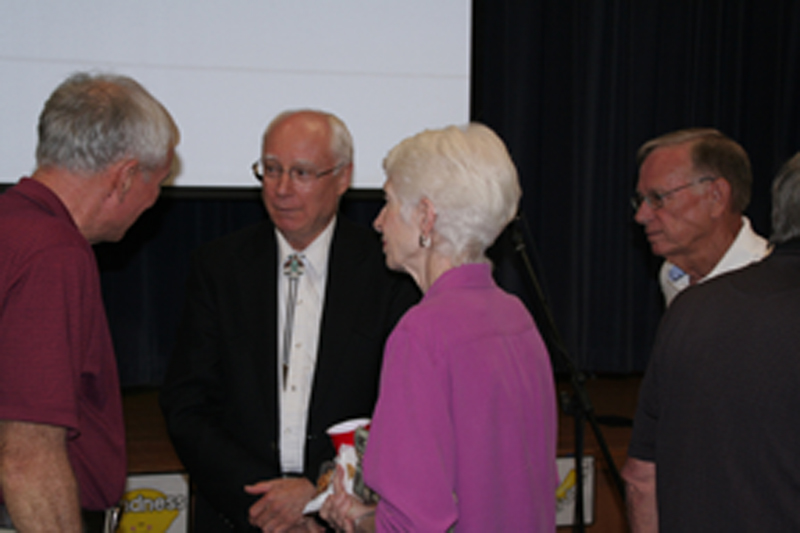 Whatever happened to the western part of country and western music?

Albemarle native O.J. Sikes never lost western music. As a matter of fact, O.J. keeps it alive for those fans that share a passion for the genre. Revered for his written reviews of western music, O.J. now has a new medium for keeping western music available for fans. He has his own radio show that airs both on radio and the web.

So what became of western music? Perhaps the same thing that happened to the cowboy.

“They’re still out there. ‘You just can’t see him from the road,’ ” said O.J. with a sly hint of irony while borrowing the title of a Chris LeDoux song.

Recently, while back in Albemarle, where his sister still lives, O.J. spoke to a packed fellowship hall at First Baptist Church on behalf of the Stanly County Historical Society. There he talked sparingly, perhaps because the stories beget other stories, about his many exploits that took him around the world.

Though his illustrious career included contributions to social, health and educational causes in under-developed countries, folks gathered at First Baptist on Aug. 7 wanted to hear about his musical connection — more so than his global duties with the Peace Corps in Peru and a 30-year career with the United Nations that spanned more than 55 countries.

“My work was a job. I thoroughly enjoyed it, and I worked hard at it, with enthusiasm, but it was a job,” O.J. said. “My Western/cowboy activities are my hobby. Someone described hobbies as ‘passions,’ so I suppose you could say that my Western activities are my passion. If I didn’t enjoy writing reviews and doing the radio show, I would stop and do something I enjoyed more.”

“There may be elements of the out of doors in country songs, but they usually date back a few years, e.g. early mountain music from North Carolina, and a little later, a few songs like ‘Country Sunshine,’ (Dottie West) or ‘She’s a Little Bit Country’ (George Hamilton IV). Both country and western share a fondness for trains.”

In 2001, O.J. retired, at least from his paying gig. Then, almost by accident, he embarked on a writing career with Western Way, a magazine that featured life about the West but nothing musical.

O.J. reached out to the magazine’s powers to be and suggested they include a section on western music. They, in turn, asked if he would be willing to do it.

So, in exchange for a subscription of the magazine, O.J. began a quarterly column dubbed “A Musical Note from O.J.” whereby he provided reviews and interesting nuggets about the otherwise forgotten Western music.

Writing and communication had always been career staple. His first writing assignment came when the 77-year-old O.J. was a teenager. After first working as a paperboy for The Stanly News & Press, he was later tasked to write a column for the SNAP about an excursion for the Boy Scouts.

“Scouting figured prominently in my youth, as it did with many others in those years, and, as pre-teens, we enjoyed going with friends to the movies on Saturdays to watch our favorite cowboy stars on the silver screen,” O.J. said.

Along with O.J.’s talent as a wordsmith, he was also blessed with an insatiable appetite for information and a memory like a bear trap.

Over the years he interviewed countless Western crooners and personalities, many who became friends. 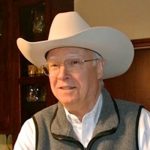 “A lot of the people were my heroes so it was easy to listen to them,” O.J. recalled. “My eyes were buggin’ and I was all ears.”

O.J. rattles off the names of Western singers and their songs like an auctioneer pitches bids.

He reminded the First Baptist crowd that Ken Curtis played with the Sons of the Pioneers before starring as Festus in “Gunsmoke.”

By the way, he attributes the Sons of the Pioneers as the greatest influence on western music.

“The reason was their unique harmony. I grew up listening to harmony singing in the church and on the radio, so it always appealed to me. But the Pioneers’ harmony, once they perfected it in the late 1930s, didn’t follow the traditional three-part harmony pattern, with a lead, a tenor and a baritone with each singing his part throughout the song. The Pioneers used what is called stacked harmony, with the singers trading parts at key points during the song and when it’s done right, the effect, the beauty, will make the hair on the back of your neck stand up.”

O.J. and another television celebrity, Will Hutchins of “Sugarfoot,” were mutual fans of the other’s columns on western music.

In fact, it was Hutchins who encouraged O.J. to consider putting his hobby to radio.

“I thought this guy is crazy. I don’t know anything about radio,” O.J. recalled.

It got crazier when O.J. casually mentioned the exchange to a neighbor who offered to help by providing a recording studio for a demo.

They taped a show and forwarded it to a producer.

His “Western Music Time” was born. O.J. prerecords his shows in the basement of his New Jersey home. He cares for his wife during the days and works evenings on the show.

“It takes a lot of time to put a show together,” he admitted.

After a successful decade run, the show encountered a series of peaks and valleys en route to today’s survival.

“But then, the website that was hosting my show and roughly 20 others featuring different kinds of music, went out-of-business,” O.J. said. “I thought I was going to hang-up my microphone. But a week or two later, I got a call from an FM station in California saying they were looking for a western music show for their station, and asking if I could do a show for them.”

It runs Saturday afternoons and is available around the clock online at KKRN.org.

Shortly thereafter a webmaster in Florida asked O.J. for a two-hour show. A website in New Zealand then picked it up and one in Spain posts the shows as podcasts.

Again, O.J. receives no monetary compensation for his show and columns. There is, however, other forms of reward. Along with a passionate hobby, O.J. is rewarded with a loyal following. Some who occasionally send a note of appreciation.

One Texas woman wrote about her husband who suffers from Alzheimer’s disease. She explained that although her husband no longer speaks, he sings along to the music on O.J.’s show.

In many ways, O.J. emulates one of those singing cowboys that brings joy to the world through western music.

“You just can’t see him from the road.”