An Albemarle man was killed in a car crash Saturday evening. 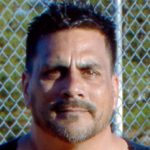 Scott Milton, 46, was killed when he failed to yield a stop sign and collided with a second vehicle, according to the N.C. Highway Patrol.

Milton’s parents described him as a “good-natured” man who was a recovering drug addict. Pam Milton said her son had been clean and sober for more than two years. He had landed a good-paying job at Pilgrim’s Pride in Marshville, she said.

“After years of struggling with drug addiction Scott had gotten his life on track,” Pam Milton said. “He was planning on remarrying his ex-wife.

“It makes you question why now? There’s a reason behind it. God has a plan,” she added.

Milton was driving east in a 2016 Mazda 3 Sport along Carter Acres Road at 6:01 p.m. when he failed to stop at Ridge Street. Milton then traveled into the path of a southbound driver in a 2006 Ford Mustang. The vehicles collided, with Milton’s vehicle rolling over before coming to a rest in a cluster of small trees. Milton was killed instantly, the Highway Patrol’s report states.

“(Scott) hadn’t been out there since they re-did the roads,” stepdad Terry Milton said about the wider roadways.

Cherie Elizabeth Brooks, 33, of New London, the driver of the Ford, came to a rest in the northbound lane of Ridge Street. She was also taken to CHS-Stanly with non-life threatening injuries.

Milton was wearing a seatbelt at the time of the collision. Airbags in Milton’s vehicle deployed upon impact.

Excessive speed and failure to stop for the stop sign contributed to the fatality, the report stated. Initial estimates had Scott Milton traveling at a speed of at least 60 mph without any evidence of braking, trooper C.L. High said.

“There had to be some type of distraction,” High said of no braking. “It could have been anything.”

There were no signs of drug paraphernalia or alcohol in the car. A toxicology report will be performed during the autopsy to determine if drugs or alcohol played a role, High said.

Scott Milton’s parents said the Mazda was the first car he had ever purchased on his own.

“He probably was speeding,” Pam Milton said. “He was heading over here when the wreck happened. He took the back way and was probably joy riding. He said the car made him feel rich.”