Stanly students swing back into action 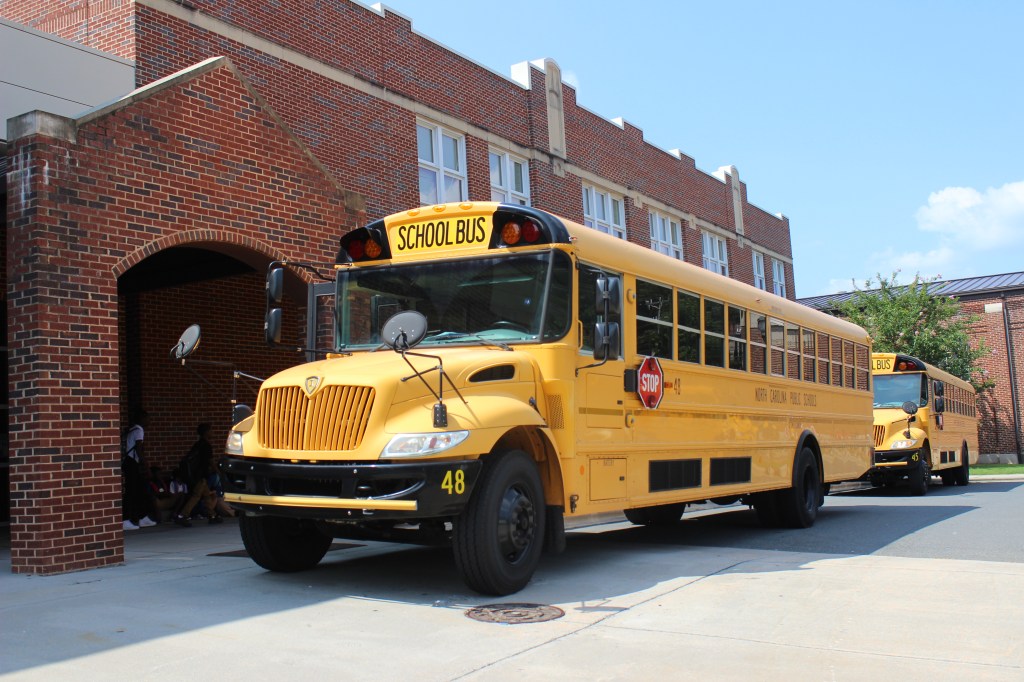 Buses line up at Central Elementary School after the first day of class.

Students across the county have now returned to their classrooms.

With the start of Stanly County Schools yesterday, more than 8,000 students went back to school — 126 more than the previous year, according to SCS officials.

Carolina Christian was the first of those to begin (Aug. 9). SCS and Tillery Christian Academy were the last — back Monday.

Superintendent Jeff James was out greeting students with other central office directors.

“Great to see the kids and all the smiling faces,” James said. 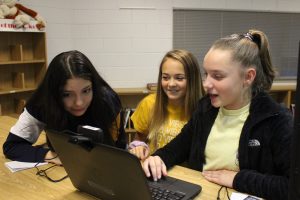 students are so excited. Coming back from the summer, seeing their teachers and friends, playing sports… the enthusiasm is contagious.”

By the first day, that could already be seen in the classrooms.

At AMS, James Doherty’s seventh grade science students swapped ideas about respect and how to show it to each other.

In the library, eighth graders Isabella Carbajal, Mary Grace Krol and Emma Brown were using their exploratory learning time to create a video.

“It’s for the school announcements,” Brown said, explaining how the video will be posted to a private 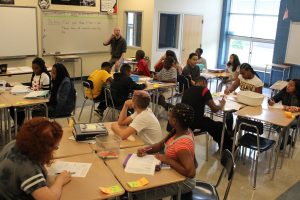 YouTube channel for teachers to show in their class the next day. “So everyone will get to see it.”

But as exciting as that was, it wasn’t what they were looking forward to. As eighth graders, the girls noted, they’ll be the oldest in the school this year.

“We’ll get to set the example for everyone, have people look up to us,” Mary Grace said. “That’s pretty cool.”

And with thousands of kids — and thousands of hopes like that — back in school, it may be something everyone can get excited about.