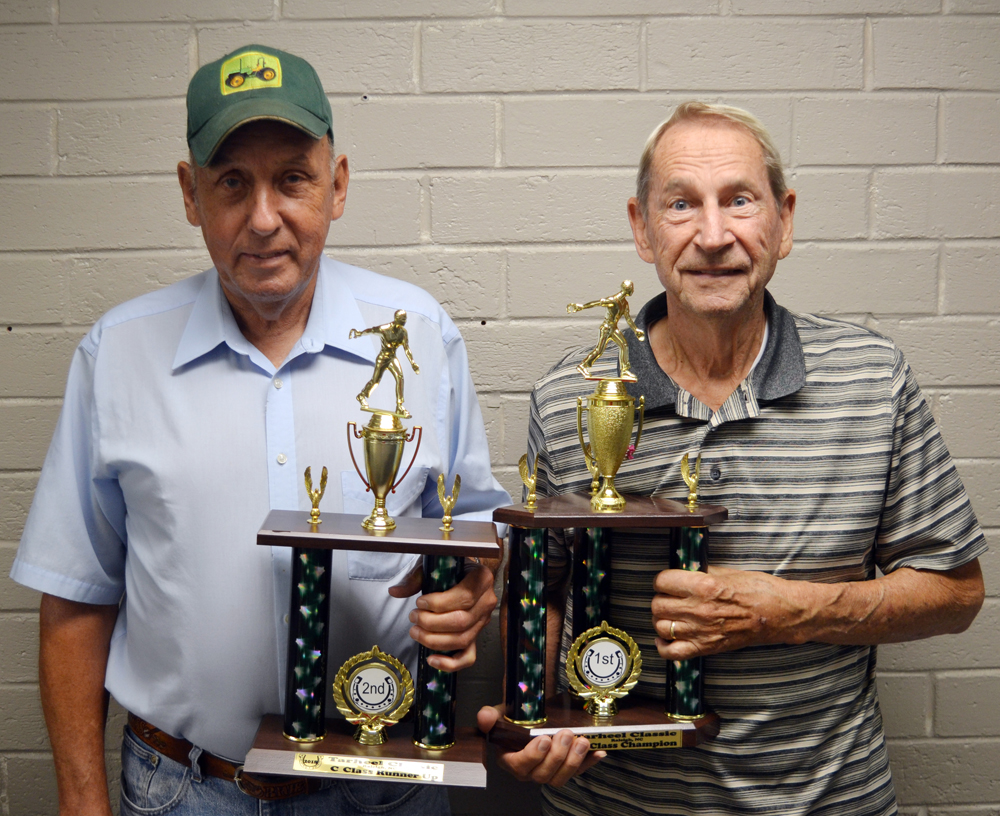 In his first match, Hinson won 30-24 over Raymond Callahand then dominated James Weaver in his second match, 33-19. Hinson then connected on 28 ringers out of 40 shoes for a strong 70 percentage, winning 40-7 in his third match over Kevin Mitchel.

The closest matchup of the event for Hinson came in his fourth match as Pat Terrell matched him ringer for ringer. On the last shoe, a ringer for Hinson gave him a 30-28 win.

In the championship match, Hinson took on Joe Work and needed 22 ringers to earn a 24-18 win and the title.

Ballard opened with a 37-15 win in his first match with 20 ringers, then posted a 34-18 second-match victory. He then suffered two losses, including a 30-21 loss to state horseshoe pitchers association’s president Cecil Bowes. The other loss came from Jerry Owen, 30-21.

In a fifth and final match, Ballard recovered and won to finish tied for second place. Because of his higher ringer percentage, Ballard won the tiebreaker for second.

The two pitchers will compete in the Hall of Fame tournament Sept. 8 in Statesville as well as the Concord Invitational Sept. 15. The North Carolina Horseshoe Pitchers Association state tournament will be Oct. 6 in Wilkesboro.