Pair bring salsa to Stanly’s Dancing With The Stars 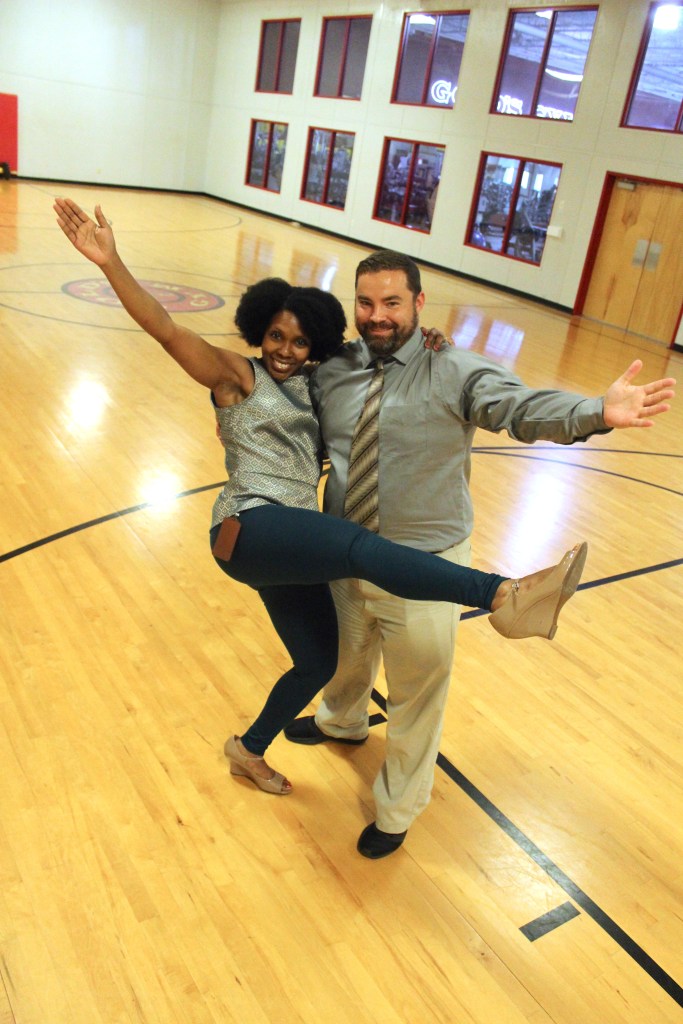 Zumba instructor Channel Brewington and AMS Principal Devron Furr show off some of the salsa moves they've put together for this year's Stanly County Dancing with the Stars.

When he and veteran dancer Channel Brewington take the stage at Stanly County Dancing with the Stars, he will teach them a thing or two about smooth moves, too.

“Yeah, the kids are pretty excited about it,” Furr said. “They want to see if their principal can dance.”

However, while pop moves like flossing, the dab and the nae nae currently dominate Stanly County Schools, he and Brewington are going classic, sauntering in with a sultry salsa to Mark Anthony’s “El Cantante.”

“I just love Latin dances,”Brewington said. “They already have so much drama in them.”

Brewington, an instructor at the Gold’s Gym and Kid’s Club in Harrisburg, regularly dances at Latin events with friends. In fact, outside of the Zumba classes she teaches, it’s the only kind of dance she does nowadays. Last year, she gave Stanly County a taste of that when she danced a bachata with the Rev. Matt Drumheller at the 2017 Dancing with the Stars event.

“So when they asked me if I could partner with Devron, I was so excited,” Brewington said.

As for Furr, this is his first time dancing in front of pretty much anyone outside his own family. While nervous about volunteering, the regular encouragement of local law enforcement officers Bryan Springer and Jeff Crisco eventually swayed him.

“Bryan’s one of the dads from Aquadale, where I was before (AMS),” Furr said. “They asked me for two years in a row. I just didn’t feel like I could say no a second time.”

Since both he and Brewington work with kids on a regular basis, they know how important Dancing with the Stars is to the community, too, they said. The event raises money for the Butterfly House, a local advocacy center for abused children.

“It’s for a great cause and that’s the most important part,” Furr said.

To further help with that, the duo hosted a fishing tournament in June that raised $2,100. They are also planning to host a Zumbathon between now and the Dancing with the Stars Event on Sept. 8.

“We’re ready to show everybody what we’ve got,” Brewington said.