Breaking Away — Though small in members, church splits from PCUSA 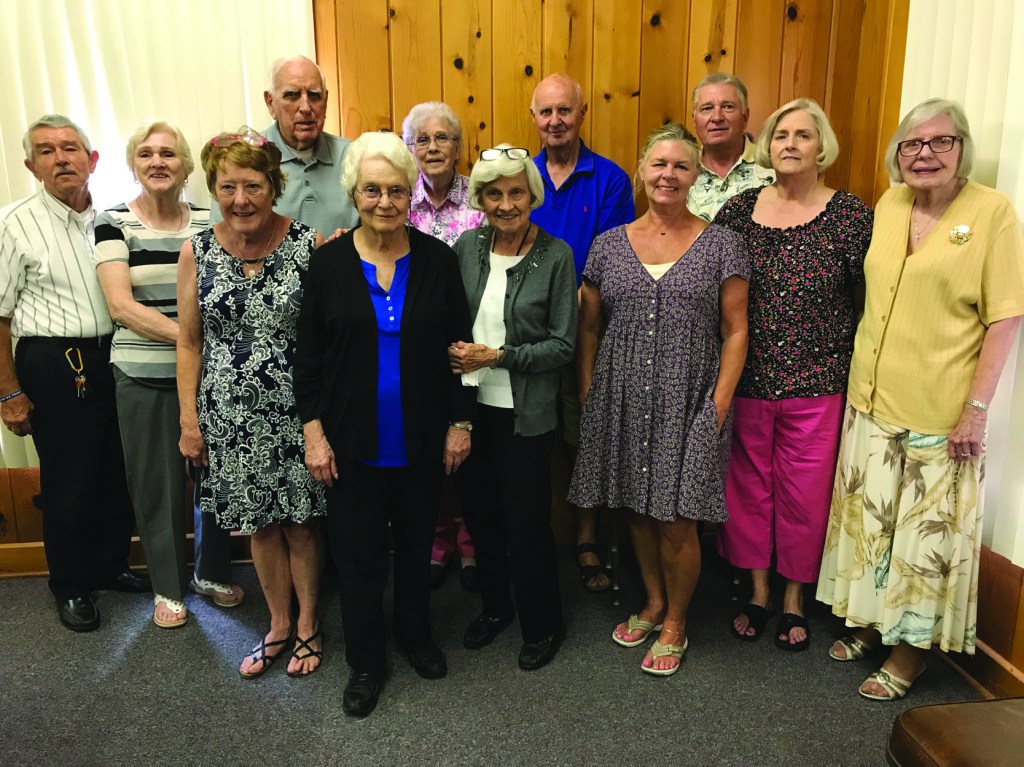 Any readers who are guilty of snoozing in church may need to check out Sunday services at Badin Presbyterian.

Long-time member Linda Barrier remembers when she first joined the church, a couple of decades back, how she kept an eye on her children from the choir loft.

Now, not so much. She describes one child as “wide open…runs up and down the aisles.”

“In fact, he ran right up to me,” says Pastor Dan Wray, “so I rolled him into the sermon. During a recent service, his father carried him out wailing. But we’re all just like children — we all complain and whine and cry before God.”

Ned Barrier states a hard fact: “For a long time we haven’t had kids in our church.”

The Barriers and their pastor are pleased with the current situation, noise and all.

“We’re so happy to have children there,” says Wray. “Every time I look at the children, I know we’re planting seeds. We’re a kid-friendly church.”

All of the Badin churches have faced declining membership subsequent to the closing of the Alcoa plant years ago, yet they persist.

According to Linda Barrier, her church holds together because most folks have been there awhile.

The couple also credits Wray for the tenacity of their 24 member congregation.

“Dan is such an intelligent person. We’re trying to understand and gain knowledge,” she said.

“We grow in grace and faith and knowledge whether we grow in numbers,” said Wray, “and those children are the visual picture of hope.”

The real numbers may be small, but the percentage of active members is enviable by any standard.

When the doors of the church on Spruce Street are open, everyone is there, say the Barriers, unless they’re sick or out of town.

A few months ago the congregation of the 101-year-old church made an historic leap by voting to request dismissal from their mainline parent denomination, the Presbyterian Church, USA.
The vote was 100 percent in favor of separating from the denomination. For about five years previously, the Session — the lay leadership group — had been talking about the drift in the denomination on the national level.

“Several years ago the congregation quit giving any money to the PCUSA, and we told them why,” says Wray. “It was to protest the direction they were moving.”

Badin Presbyterian isn’t alone. Similar votes have been taking place around the country. Since 2007, 300 churches have aligned with another more theologically conservative denomination, the Evangelical Presbyterian Church.

Since 2011, 367 additional congregations have requested dismissal from the PCUSA and joined the newest and fastest growing Presbyterian denomination, ECO: an Evangelical Covenant Order of Presbyterians.

Badin Presbyterian is in the latter group.

Mryl Smith came to Badin Presbyterian 50 years ago and serves as choir director. She concurs with her pastor that the problems stem from a change in how the national leadership views Biblical authority.

“I did not approve of the way our PCUSA was interpreting scriptures,” she says.

Wray stresses this is an institutional split, not a division between persons, but because the parent denomination has moved so far from what all Presbyterians used to claim as true “we can’t continue together.”

The denominational drift away from Biblical authority results in disagreement about many things, such as pastor ordination, the focus and role of missions and the fundamental confessions of the faith regarding Jesus Christ.

“Our view is they departed from us,” said Wray.

The last straw for Badin and similar congregations was the PCUSA move to redefine the Biblical covenant of marriage.

“Our view is that God defines marriage and God defined marriage at creation, and no human institution has a right to redefine it,” Wray said. “By affirming same-sex marriage as a legitimate expression of the will of God, the church has departed from historic Biblical religion and put its faith in the opinions of the world in place of the teachings of the apostles of Christ.”

Badin Presbyterian had been researching its options for denominational affiliation and Wray attended a national gathering of the new denomination two years ago.

Afterward, an ECO representative came to a meeting of the Badin Session to answer questions.

According to Wray, one favorable distinction of ECO among conservative denominations is their affirmation of women in the ministry roles of elder or pastor. They also uphold the historic beliefs and creeds.

“Local church life won’t change for us,” he said.

Wray came to Badin Presbyterian in the fall of 1997, the same year he started teaching full-time at Stanly Community College. He retired from SCC in 2015, but he continues as teacher and shepherd of this little flock in Badin — the sight and sounds of children remind him that hope never fails.