Three new principals began at Stanly County schools this year, all prepared with plans and high hopes for their schools.
Jency Speight, principal of Norwood Elementary School, reported that her school has had a strong start this year. 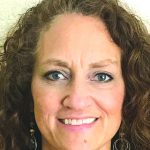 The principal rode a full bus on the first day of school, traveling for two and a half hours.
“It was wonderful, a very positive experience,” Speight said. “Teachers were teaching rules and procedures, doing get-to-know-you activities in the classroom, reviewing and discussing the rules and procedures in their classes. It seemed like a good day. The students seemed happy, the teachers seemed happy — just a great first day. Lots of smiles.”
Speight said she plans to focus on improving the school attendance rate and reducing the amount of students who are late or leave school early.
She also wants to implement “character education” for the students, having each class focus on a particular virtue each month.
Speight is new to Norwood Elementary, but not to Stanly County Schools. She earned her bachelor’s degree in elementary education from Pfeiffer University (then Pfeiffer College) before becoming a second-grade teacher at Millingport Elementary School. She followed that as a curriculum coach in Millingport.
She went back to school, earning a degree in school administration from University of North Carolina at Greensboro before becoming the assistant principal at Oakboro Elementary School, Kendall Valley Middle School and the former New London Choice Middle School.
Her first time at the principal’s desk came while at New London Choice, then she helped to open North Stanly Middle School after New London Choice was closed.
Speight moved to the central office for a few years, becoming the elementary curriculum specialist before taking on the role of the elementary education director. For the last four years, she served as the middle schools director. She was “ready for a change,” she said, and became the principal at Norwood.
“I’m very excited to be here,” she said. “Everyone’s been so supportive and kind… the community’s been great. We have a strong PTA, and the police department has been very supportive, as well. Area churches have also supported us.”
Churches, businesses, the PTA and parents have brought in prayer squares similar to prayer shawls, school supplies, snacks and more, Speight said.
Speight said that while she had heard of the issue of sewage odors at the school, she has not noticed any problem. The town and school worked on the problem before school began.
She plans to continue working with the community to improve the school, and hopes that her time in various roles will help her relationships with others involved in the school.
She believes one of her top qualities is “the ability to work with all stakeholders — the school, community and central office — building relationships with stakeholders.”
That ability may stem from her varied career in education.
“Having that experience as a teacher and as an administrator and director,” Speight said. “Knowing how all components of school works, maybe … I think having that elementary education background and being in a classroom and knowing what it is to be a principal and in the district office, knowing those different roles I can understand each of those and can make it work.”
Speight said she’s aware of a good deal of turnover and hopes to offer “consistency” and “competency.”
“I always try to be kind,” she said. “I like the golden rule, ‘Treat others as you want to be treated,’ and I think that’s very applicable for school, too.” 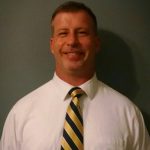 Randy Mann grew up in Kannapolis, not far from Stanly, but has gained experience working as a teacher and in administration in several counties.
Mann was the first person in his family to graduate high school. He joined the Navy, and went to school planning to become an architect, but his career plans soon changed.
Coaching and working with children in a youth group at his church led Mann down a different path. He “felt called” to work in education, and went to the University of North Carolina at Charlotte to study elementary education.
Mann worked in Cabarrus County from 1997-2000 as a teaching assistant while he was in school, graduating in 2000. He then taught fifth, sixth and eighth grades in Kannapolis from 2000-2002.
He taught sixth-grade math and was the assistant principal at James Martin Middle School in Charlotte-Mecklenburg Schools from 2002-2008 and was the assistant principal of Vance High School from 2008-09.
Mann was the assistant principal of Kennedy Middle School in Charlotte from 2009-10. He had the same role in Cherokee County from 2010-13, splitting his time between Andrews High School and Andrews Middle School, though most of his time was spent with the high school.
For the last five years, he worked as an assistant principal at South Iredell High School.
Mann enjoys teaching and never pictured himself going into administration. While he was working in Charlotte, a retired superintendent who was Mann’s mentor suggested the switch to Mann, but he wanted to remain a teacher. The following year, an assistant principal asked him, and then a new principal asked him again months after joining the school.
Though he didn’t see himself as a school leader, Mann took the advice of others and began studying to go into administration. He realized that throughout his life, he has always been involved in leadership, whether it was as a child in the Boy Scouts (he earned his Eagle Scout rank days before he turned 14) or later in life in the Navy or in church.
He made the decision to join Stanly based on a few factors.
While he and Stanly County Superintendent Jeff James have both worked in the Iredell-Statesville schools, they never met prior in their careers as Mann joined the same year James left.
“I knew Dr. James’ reputation from working in Iredell-Statesville,” Mann said. “Even though I didn’t work with him, I knew about him and what his beliefs were with the students and being a leader.”
He was also interested in the International Baccalaureate program James is working toward.
“My vision of the school is to become the home of the premier academic, athletic and extracurricular experience,” Mann said, adding he wants students to be prepared for whatever academic or career choices they make after they graduate.
Mann said that while North Stanly is “at the edge of being a great school,” he plans to add more structures and opportunities. He also needs to get the staff, students and community to “buy in” to his vision as a new principal from outside the county, but believes the staff is behind him.
Enrollment this year is the highest it has been in years, and the county is beginning the process of adding the International Baccalaureate program to the school, though that process will take abut two years.
In the meantime, Mann will focus on drilling in his four “core values” fitting the school’s acronym, N.S.H.S. — nobility, service, honor and success.
While he has a lot planned, Mann, who describes himself as “goal-driven,” feels he’s up for the challenge.
“I’m excited about being here,” he said. “I’m looking for a great year and a great future here in the district. I’m not saying things are bad, there’s just always room for improvement. I’m just working on making things to be the best that they possibly can be.”
Mann lives in Cabarrus County and has five children and two grandchildren. He will have been married for 23 years in October.
Chris Jonassen, the new principal of South Stanly Middle School, did not respond to an interview by press deadline.