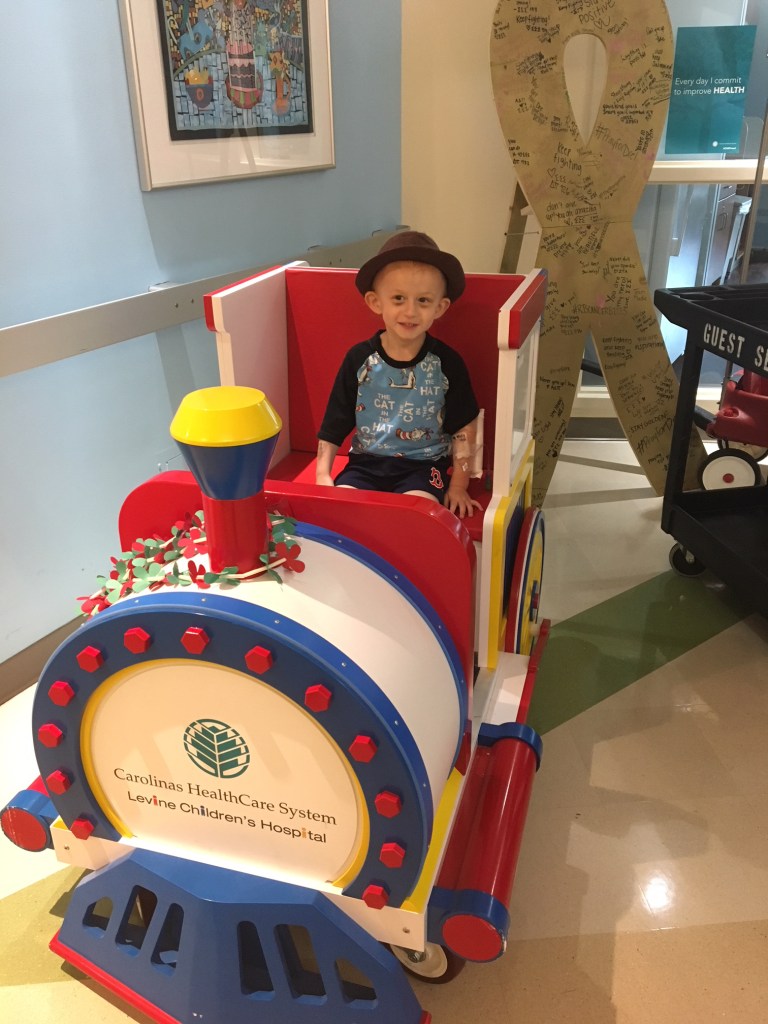 Max Lariviere, 2, is battling stage 4 neuroblastoma, a rare form of pediatric cancer. His little body is consumed by cancer. Max is undergoing aggressive chemotherapy at the Levine Children's Hospital at Carolinas Healthcare System. There is significantly less funding and reasearch dedicated to pediatric cancer, compared to adult cancers.

A quick internet search hinted at the possibility of cancer, turning curiosity into suspicions. But nothing indicated Max was sick. He was a typical toddler with a precocious affection for baseball.

“His favorite thing to do is play baseball,” said his mother Dianna, adding he already successfully bats a ball off a tee. “He’s such a healthy kid.” 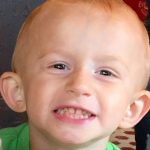 Max otherwise seemed to be the bouncingly energetic and only child to Dianna and Roger Lariviere, both 36, of Mount Gilead.

Suddenly Max began complaining of feeling cold. His eyes swelled. Then the dark rings appeared around his eyes.

“I thought maybe he had allergies. Or, maybe he was anemic,” Dianna said.

The morning after Max’s blood work, doctors called the family in to the office. Within  a flash, the Lariviere family was thrust into medical urgency. Max was diagnosed with stage 4 neuroblastoma.

Neuroblastoma is a cancer that develops from immature nerve cells found in several areas of the body. It most commonly affects children age 5 or younger.

Neuroblastoma most frequently starts from one of the adrenal glands, but can also develop in the neck, chest, abdomen, or spine.

Such is the case for Max. His little body is consumed with cancer.

“Stage 4 neuroblastoma has historically been one of the more challenging pediatric cancers to cure.  However, recent developments from clinical trials have shown that intense chemotherapy in combination with other tools including surgery, radiation, antibody therapy, and molecularly targeted therapy can improve cure rates,” said Dr.  Jessica Bell of the Novant group.

“I don’t know why they don’t do more for children. That’s the future,” Dianna said.

Part of the reason is because there are fewer child cancer cases compared to adult cancers, Bell said.

“However, pediatric cancer  is the leading cause of death by disease in children,” Bell said. “Approximately 1 in 285 children will be diagnosed with cancer.”

Diagnosed on Aug. 4, Max has been undergoing his second round of chemotherapy while a patient at Levine Children’s Hospital of Carolinas Medical Center in Charlotte.

Between the aggressive bouts of chemotherapy, Max is scheduled to undergo stem-cell therapy next week.

Because of the cancer Max has lost his ability to walk and stand in recent days. He has a port in his chest. Max must be fed through a gastrostomy tube.

His parents have to give Max injections at home, which causes their son excruciating pain. Despite a seemingly high tolerance for pain, he wails during the ritual.

“A parent is supposed to protect their child from pain, not cause it,” Dianna said.

To do so brings his mom and dad to tears.

Max might lose an eye because of the location of a tumor in relation to chemotherapy. Hearing loss is another possibility.

All of this sudden turmoil for the Lariviere family has occurred only within the last six weeks.

A weakened immune system forced Max to quit going to daycare at Sunshine Kids in Norwood.

“He doesn’t understand why he can’t see his friends,” Dianna said.

Max’s illness has prompted Dianna to take a leave of absence from work. Roger is trying to juggle working at Jordan Lumber and spending time with his gravely-ill son.

Meanwhile, medical bills mount. They have insurance, but it, too, has shortfalls.

There have been several fundraisers in both Montgomery and Stanly counties, including one Tuesday night at Mama Noi’s in Norwood that raised $2,000.

While expenses are a reality, the immediate focus is Max’s health.

“I need him to live,” Dianna said. “That’s all I care about.

“All you can do is try to keep your child happy and give him a will to live,” she added.