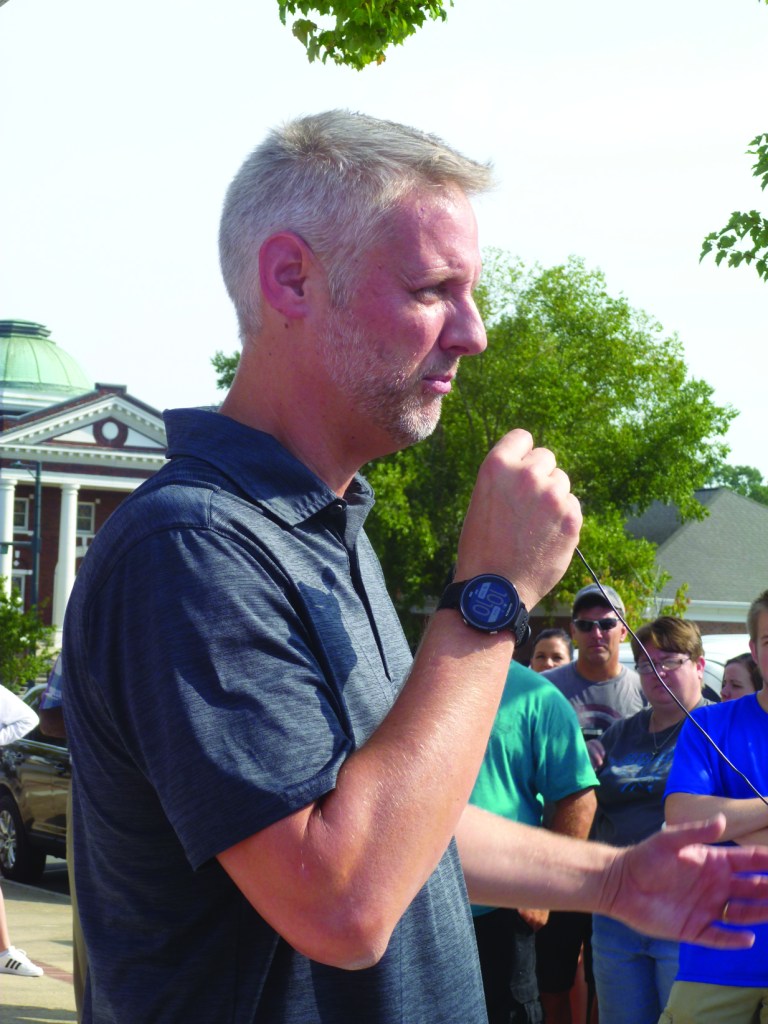 Photo by IMARI SCARBROUGH The Rev. Paul Jenkins, lead pastor of The Gathering, welcomes a crowd at the church’s ribbon cutting ceremony and open house on Saturday morning.

The Gathering celebrated moving into its new larger space in downtown Albemarle on Saturday morning.

While the church has held services there since mid-July, the ribbon cutting and open house were held on Saturday and the grand opening was celebrated during the Sunday services, as well.

The building houses a lobby with a coffee bar, the worship center and rooms for classes. Members of the church also host smaller groups at their homes for additional learning and fellowship opportunities.

The Gathering has a congregation of about 300, according to Jenkins. While the worship center can seat about 250, the church already holds two services on Sundays and though the church has only just moved in, the pastor is already dreaming of the future. 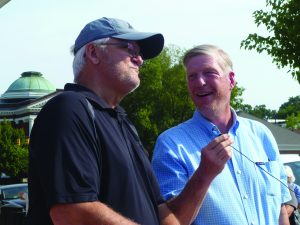 As the church grows, he plans to add a third service to use as a “launching pad” for expansion. That service would be used to train a team that could start another campus, he said.

“We want to do that as soon as possible,” he said.

The new building places the church in the heart of downtown Albemarle, where Jenkins feels drawn to minister. That earnestness has helped to grow the congregation, he said.

“We’re real,” Jenkins said. “We’re very authentic. People say, ‘I can be myself here.’ I can relate. I’d say we’re very relaxed. We have a heart for the city.”

The Gathering supports local schools, focusing a good deal of attention on East Albemarle Elementary School just minutes from the church. In the past few months, the church has held a school clean-up and school supply drive. It also serves at Community Table and supports Homes of Hope, Stanly Community Christian Ministry and others.

Jenkins was pleased with the crowd that showed up, saying that he wasn’t sure how many would be able to attend.

He’s expecting even greater things in the future — and not just for his congregation.

Services are at 9 a.m. and 11 a.m. Sunday. According to the website, refreshments are available for 20 minutes before the services.