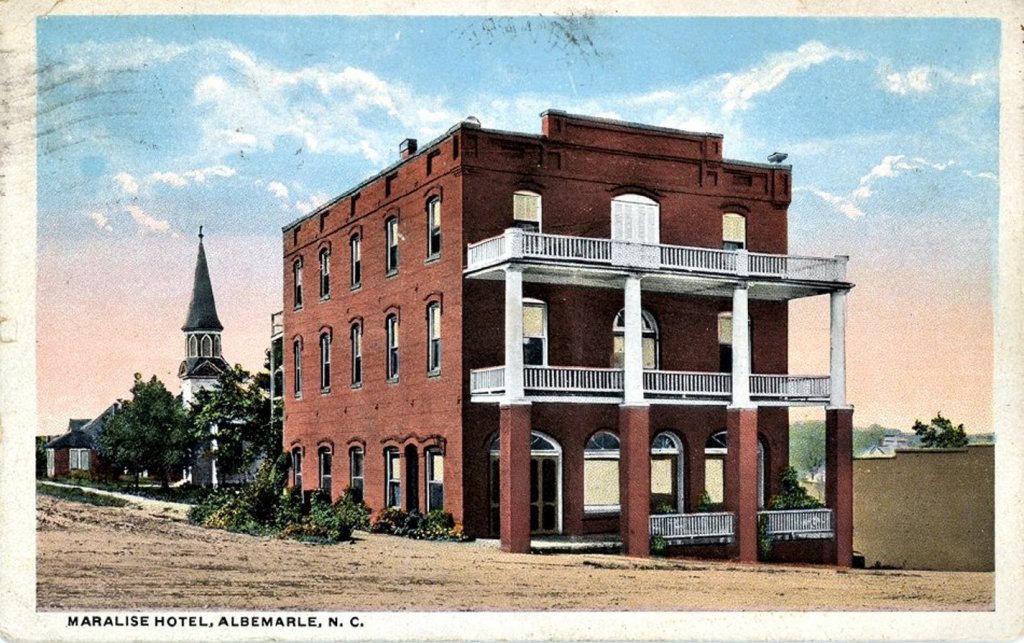 CONTRIBUTED Postcard of the Maralise Hotel (Note the original First Lutheran Church building in the background.)

Alice Mabry leased the Central Hotel on Second Street from W.T. Huckabee Sr. during the early 1900s. She resigned in October 1907 to begin making plans for her own hotel.

The Maralise Hotel was on the southwest corner of First and Main streets. The name came from combining the first names of Mabry’s two daughters, Mary and Alice.

The building was designed by local architectural firm Field & Lilly and was built by local contractor L.A. Moody.

Mabry made every effort to ensure the hotel was as updated as possible. Legend has it that the hotel held the first indoor water system of any real size in the county and the first true bathtub. When the building was completed it was furnished by local businessman P.J. Huneycutt.

The Maralise was popular for many years. The food in particular was well known in the area. The hotel was run by Alice Mabry until her death in 1930.

Her daughters continued to run the business until 1964 when the building was offered for sale.

Due to the age of the building and its outdated interior it was demolished about 1968.

The location is now a parking lot.