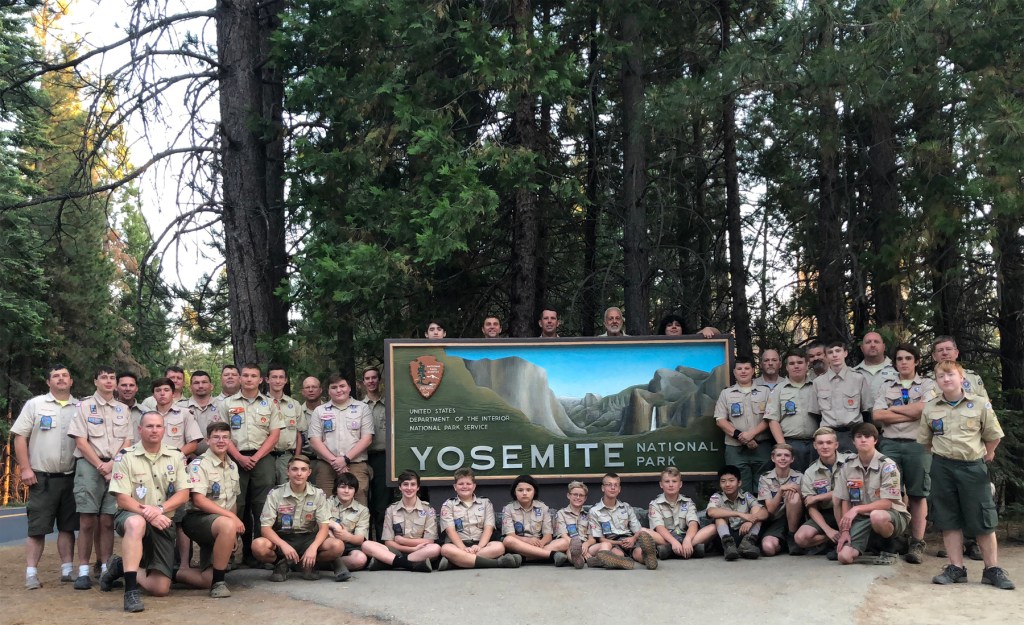 Troop 202 of the Boy Scouts of America recently completed a West Coast trip that included backpacking in Yosemite National Forest.

The troop, which charters with Mission Church in Locust, spent a week this summer in California.  The summer excursion included nature hikes and climbs before becoming tourists in one of the country’s most famous cities.

Beginning the trek at Mariposa Grove, the troop first observed the Sequoia trees, estimated to be between 800 and 1,000 years old with massive trunks and an average height of about 280 feet.

The Scouts hiked the High Sierra region where they observed granite domes, craggy peaks and spacious meadows of Yosemite.

Hikes included rugged trails up the Half-Dome, a granite cliff that’s 8,844 feet above sea level and revered as the most challenging hike in Yosemite.

After the tasks, the troop turned to more civilized surroundings. They toured downtown San Francisco and the historic Fisherman’s Wharf before ferrying into the bay for a close-up view of the Golden Gate Bridge and Alcatraz. On the final day, the troop toured the state capitol in Sacramento, California.

Troop 202 is no stranger to scouting trips. It has become a biannual tradition for the trek out West to a national park. In the years when the troop does not visit a park, the troop’s strongest hikers visit Philmont Boy Scout Ranch. Just last year, some of the Scouts went to Cimarron, New Mexico.

Past trips include venues like Rocky Mountain National Forest and Glacier National Park.