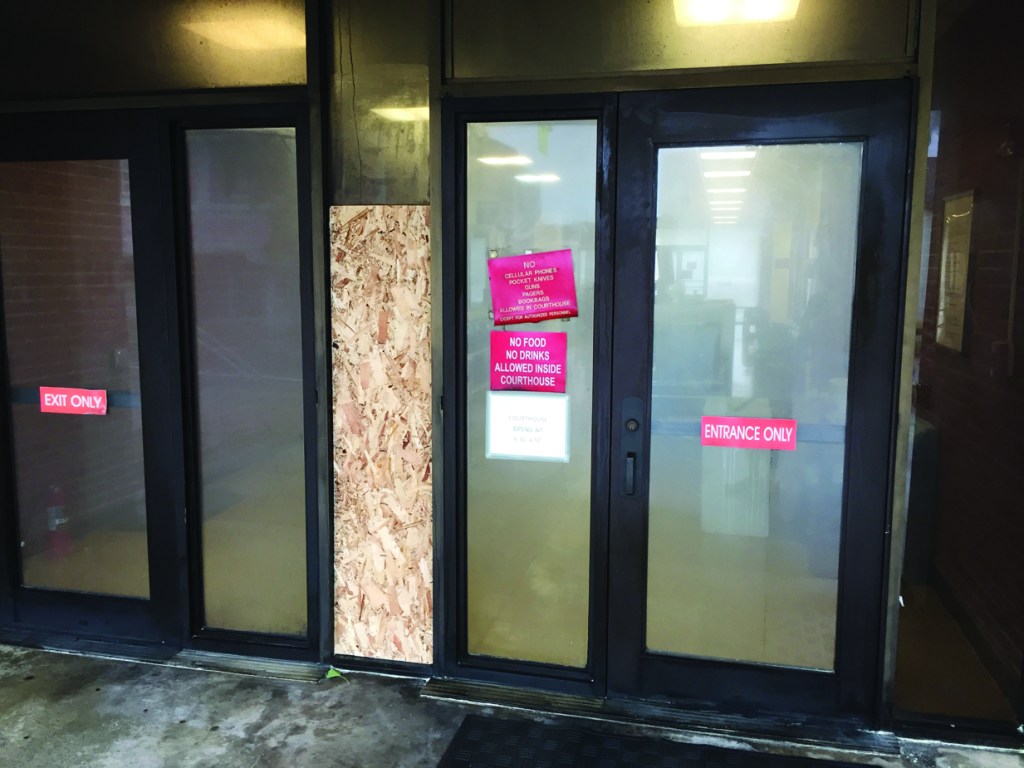 Photo by CHARLES CURCIO/staff A portion of the door at Stanly County Courthouse is boarded up after someone set it on fire, according to the Sheriff’s Office.

“Somebody came up there and poured gas out around the front of the door and I guess lit it on fire,” Capt. Brian Hatley said. “Luckily a lot of the EMS (emergency management services) guys were down in the basement. I guess when the alarm went off they went upstairs and found it and put it out.”

The fire was around 6 a.m. Saturday.

“The video footage showed what appeared to be a black male with dreadlocks,” Hatley said.

Investigators are still reviewing video and may release more details as they become available.