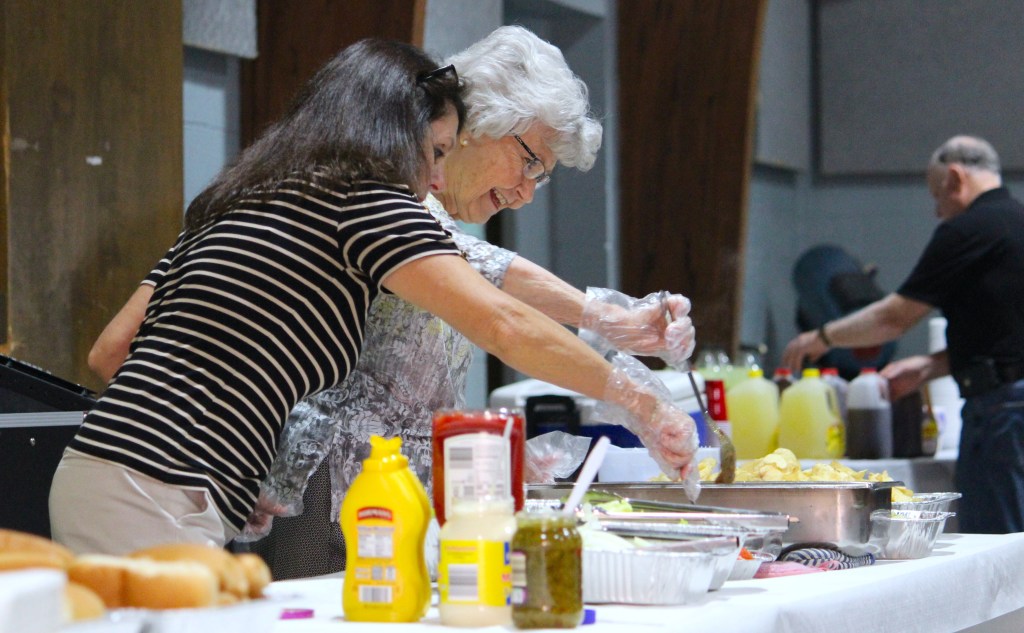 There are a lot of things people take for granted. A glass of clean water, a steaming meal, the gleam of an electric lightbulb.

But perhaps most of all, the pair of eyes that take it all in.

“Vision’s one of those things you don’t really think about until it doesn’t work,” Jim Fuller said.

So to support those struggling with what everyone else takes for granted, he and other members of the Albemarle Lions Club — a chapter of the international nonprofit dedicated to helping the visually impaired — hosted its annual Bud Morton VIP Picnic recently.

Overall about 40 VIPs (visually impaired persons) and 40 guests came to the event, which was hosted 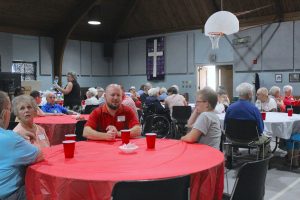 About 80 people came out for this year’s Bud Morton VIP Picnic.

“Basically we want to be providing for them in any way we can,” said Fuller, who is the president of the Albemarle chapter of the Lions Club.

The Lions are probably most well known for doing that with eyeglasses, he noted. Members regularly host fundraisers so they can provide visually impaired folks with reading glasses.

In addition, they also help out with eye care expenses where they can.

“We had one fellow recently who’d lost his job and his glasses at the same time,” Fuller said. “We helped him get the glasses figured out.”

But perhaps an even bigger way they try to provide for the visually impaired in Stanly County is by finding ways to get them together.

“It’s not easy to get to social events,” said VIP Julie Morales, who came in with her seeing-eye dog Sarge and her husband Lino.

Both Julie and Lino are legally blind. They have lived together 17 years, she noted. After 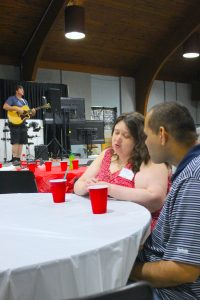 Julie and Lino Morales listen to Braden Harwood perform at the picnic.

moving to Stanly County to live with her grandparents, the two of them started going to the Lion’s Club Picnic and the annual Christmas party, as well.

“We don’t go out too much, so they’re two of our biggest activities of the year,” Julie Morales said.

Because of that social aspect of the club, several VIPs have joined the Lions Club. They come out to regular meetings and fundraisers. In fact, one of their VIP members led the pledge at this month’s picnic.

“I think that’s what I love the most,” said Lions Club member and picnic organizer Rob Brown. “The smiles on everyone’s faces when they come out. The way we all get to know each other.”

To provide more of those social opportunities, the Lions Club also tries to sponsor a few trips for their VIPs, too. Each year they send some out to the coast for a fishing trip, or out to Camp Dogwood for a week of crafts, fishing and swimming, Fuller said.

“I hope it’s a tradition we can always keep alive here,” said Nancy Martin, who joined the Lions Club as a way to honor her husband, a former member. “It’s worth continuing.”

And like water, or a meal, or a light bulb, perhaps it’s something to stop and appreciate, too.

Locust company plans to expand into Ohio next year