#ThrowbackThursday — The first woman to serve on a Stanly County jury 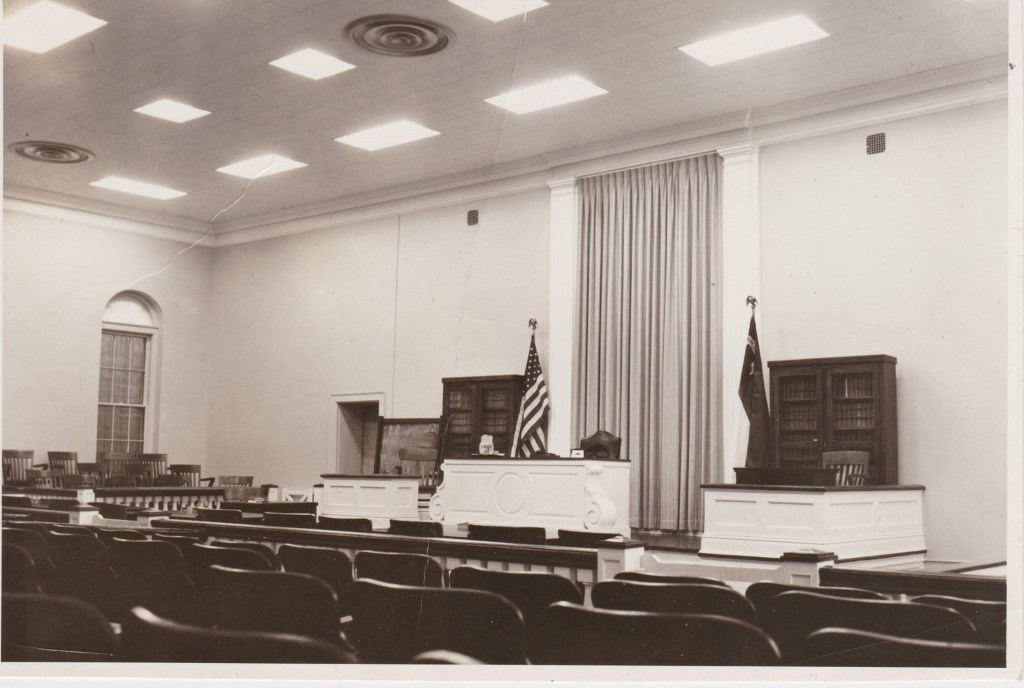 The picture shows the courtroom that was located in the courthouse that once sat at the corner of Second and Main streets, where Courthouse Square Park is today.

During the November 1946 election in North Carolina, a state constitutional amendment passed making women eligible to serve on a jury.
On Monday, Feb. 3, 1947, the first two women called for jury duty in Stanly County, Patty Marks and Neola Harris, made their appearance at court.
Marks was from Albemarle and was a teacher in the Norwood schools while Harris was a businesswoman in Norwood. Both women were excused from serving on the jury by Judge William G. Pittman due to previously planned commitments with their jobs.
Two days later, on Feb. 5, a jury was out on a case when one of the local lawyers asked Judge Pittman if he would move forward with a divorce case.
The judge directed that another jury be put together. Eleven men were found, and that left one spot open.
Mary L. Smith, who was working in the tax supervisor’s office at the time, was asked to serve as the 12th member of the jury. Due to her participation, Smith became the first woman in Stanly County to serve on a jury.
I would love to find a picture of Mary L. Smith. Please contact me at lpbramlett@hotmail.com if you know of Mary or her family.
The picture with this article shows the courtroom that was located in the courthouse that once sat at the corner of Second and Main streets, where Courthouse Square Park is today.