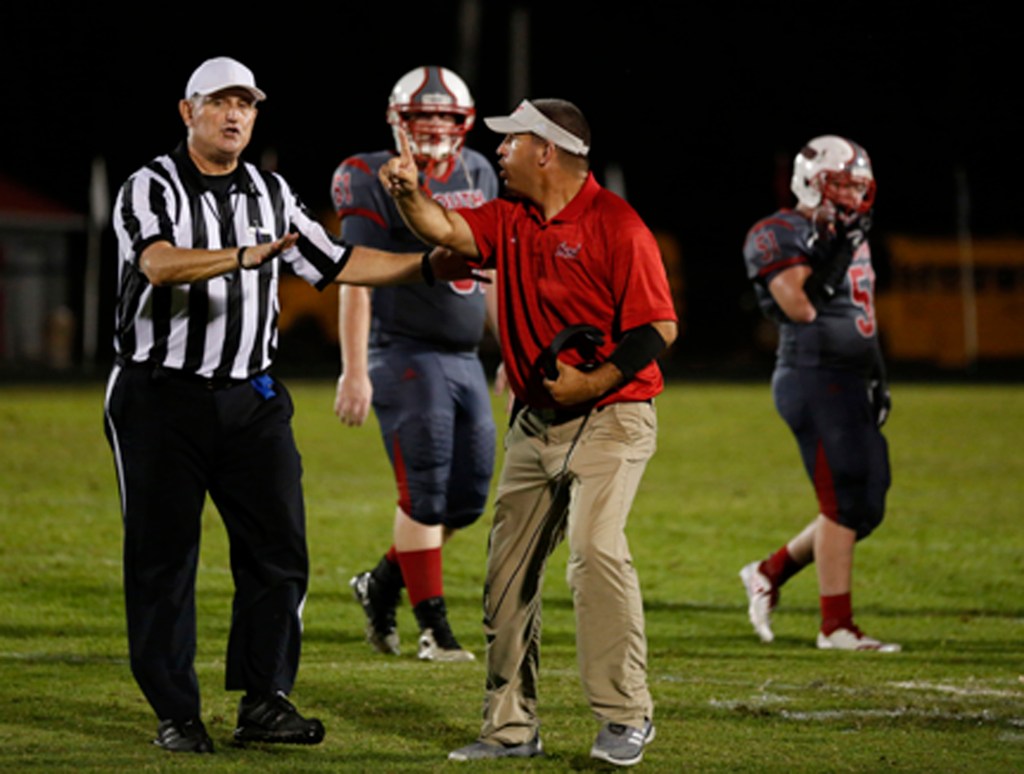 Although their uniforms are black and white, the future of athletic officiating seems, at best, gray.

An otherwise quiet crisis is building among youth athletics. There is a growing shortage of referees and umpires for athletics. Fewer people, especially younger men and women, are opting to get involved in officiating, which is typically a second and part-time job for them. And those involved are only getting older. Some are already retired from their full-time careers but still officiate.

A swell of challenges are keeping people away from a job critical to youth sports. To become an official, applicants must first invest a significant amount of personal time and expense without compensation or reimbursement.

They have to constantly travel to meetings and games, purchase uniforms, equipment, even pay a registration fee, only to earn $76 per game. A new official is typically out of pocket $335 in fees before calling a game, excluding the expense of equipment and gas. They have to also officiate preseason games without pay. Then there’s the time spent.

In return, game officials often face verbal abuse from coaches, players and fans — all in a game where they should remain unnoticed. At times, they even suffer inadvertent physical injuries from plays.

These concerns are among the many issues presently on the radar of the North Carolina High School Athletic Association as it attempts to recruit former student-athletes as future game officials. 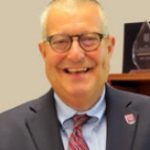 “Younger people don’t seem to want to put in the time allocations necessary to learn the craft,” said Mark Dreibelbis, associate commissioner of the NCHSAA.

Feedback indicates student-athletes are reluctant to work a job with so much negative interaction and lack of respect, he added.

Officials call the verbal abuse their toughest challenge on the job.

“It’s disheartening to try to show respect when it’s not returned in kind,” said Toby Thorpe, an official with the North State Officials Association. “In fact, working youth league games, we often have to put up with more crap from coaches and fans than at a high school game. That in itself drives a lot of potentially good young officials away from the game.

“They don’t want to put up with the lip,” Thorpe, 61, added prior to the Sept. 7 high school football game between West Stanly and South Stanly.

This concern is not lost on NCHSAA, citing the importance of changing the situation to improve recruitment among a younger generation of officials.

“Public scorn and attitudes of fans nationally has been highlighted as the biggest reason for officials no longer being involved or becoming involved,” Dreibelbis said. “This must be addressed by game administration and is a key element in the initiation of our sportsmanship initiative two years ago.”

The West-South contest was seemingly marred with 23 penalties, many due to poor sportsmanship. Both teams were guilty of too many penalties, particularly South Stanly which drew 15 flags for 163 yards, and six of the penalties were for personal fouls. If fact, penalties and turnovers significantly contributed to the Rebel Bulls narrow defeat in the intra-county rivalry.

In one particular sequence, the Rebel Bulls converted a long pass near the goal line for a first down and goal. However, a series of unsportsmanlike penalties kept backing the team up until South Stanly faced a first and goal from near mid field.

Rich Ochier, head coach for South Stanly, admitted he verbally chewed the officials for what he deemed unfair personal fouls.

“I know I gave it to them pretty good, but I’ve seen other coaches get after them a lot more,” Ochier said. “I wouldn’t want anyone to talk to me that way.”

It was a game where players were mouthy on the field and coaches along the sidelines. Then fans pelted officials with a few choice words, too.

“The NCHSAA is already emphasizing sportsmanship and has implemented a ‘zero tolerance’ policy for blatant unsportsmanlike actions in all sports,” Thorpe said. “This is still in its early stages, but I’ve seen some improvement, and believe that in the long run this will help us retain officials.”

Historically, high school athletes no longer playing sports at the next level have been considered fertile recruits for future officials. Not so much anymore. They’re finding the pitfalls greater than the  advantages. Therefore, older officials, albeit experienced, are shouldering the physical demands of the games whereas the youthful ages of athletes remain fixed. 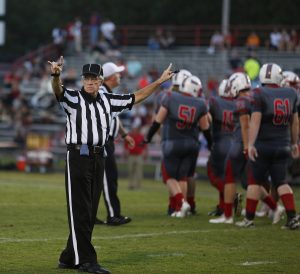 Referee Larry Cesario, 71, readies for the next play in an intra-county rivalry between the Colts and Rebel Bulls, Sept. 7. Cesario has been officiating for 40 years.

The average age for officials is climbing. As of last year, 53 years old marked the median age for an official with NCHSAA.

At the West-South game, the average among the five officials working the contest was 63 years old. The oldest was 77 with 53 years experience, another was 71 with 40 years experience.

Not only is officiating physically demanding, but because athletes are getting faster and stronger, the on-field play tends to be faster. Officials need to be able to physically keep pace to be in position to make a call, not to mention avoid injury from incidental physical contact.

In a recent football game in Rowan County, referee Perry Lowman, 72, of Rockwell, suffered a broken leg when he was collected in a sideline tackle. The injury was severe enough that it could be career ending.

Coach Ochier said he’s finding a huge disparity in the ages and experience of officials, which impacts the consistency of officiating.

“They’re either a brand new rookie with no experience or a 70-year-old veteran,” Ochier said. “There are few experienced, middle-aged officials.”

Reasons vary why people choose to become a sports official.

“Most have an enjoyment of the game and a desire to stay connected to it,” Thorpe said. “That enjoyment and being able to be a part of helping young people learn life lessons from sports is huge. It’s the next best thing to still being able to play.”

A few think they could do a better job as an official.

“I was one of those,” Thorpe said. “I found out in a hurry just how little I did know. The game changes constantly, so the need to learn and adjust remains important no matter how long you’ve been doing it.”

Others choose officiating for the extra money. However, that quickly diminishes when compared to the time and personal financial investment required.

“People who get into it purely for the money seldom stay in it very long,” added Thorpe, who is a retired parks and recreation director for the city of Albemarle.

League officials realize the financial disparities must change before a younger generation commits to the job.

Provided the association makes a few adjustments, especially with regard to the expenses officials incur, there remains hope for a new wave of officials. First, Dreibelbis recommends waiving the registration fee for new officials while also developing other cost-savings.

“Many local associations have ‘shops’ where veteran officials donate uniforms so new officials can start with lower cost,” Dreibelbis said. “Again, the time investment of an official is expansive, the initial cost of uniforms and travel is real, and fees must be addressed as we move forward as part of our recruitment effort.”

Presently, there are nearly 5,963 officials with NCHSAA, down about 5 percent over the last decade. Because so many officials work multiple sports, the current membership reflects 9,300. 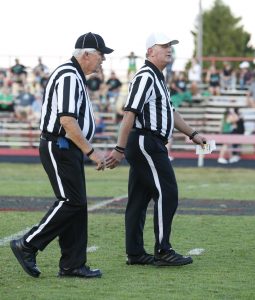 But the advancing age of officials could eventually translate into a lopsided exodus.

Veterans like Thorpe admit the end is not far away, calling it a “year-to-year” decision with the call for more time with the grandchildren ringing louder.

Recruitment improvements are underway. Last year, NCHSAA was recognized by the National Federation of State High School Associations as No. 2 in the nation regarding the recruitment of new officials.

Spectators could soon share the expense of a youth movement in officiating as gate receipts will need to help offset costs presently charged to officials.

“I am encouraged by our success in recruiting new officials, but we must sustain and increase that to keep up with demand and replacement in regards to the aging demographics of our current officiating membership,” Dreibelbis said.

(Editor’s note: Toby Thorpe is a freelance contributor with The Stanly News & Press.)