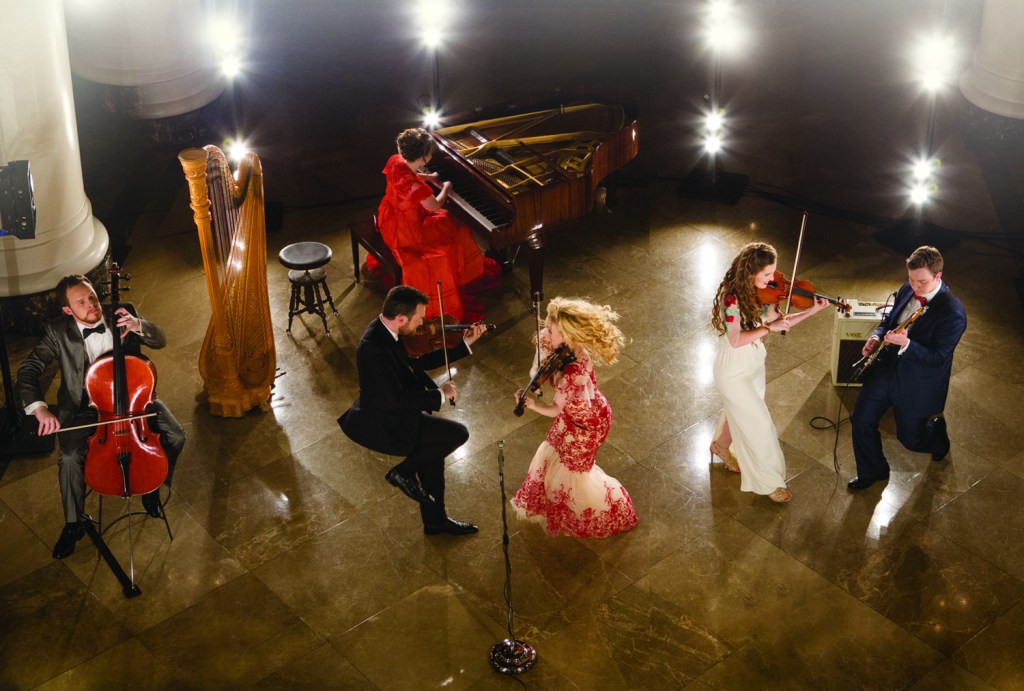 Fans of a classical music mix are in for an exceptional return Saturday at the Stanly County Agri-Civic Center.

“The things we did in our home we did with excellence. That was part of the practice of our faith,” said Annie Wolaver Dupre.

Comprised of six siblings from a musically-gifted family, the PBS sensation and classical crossover Annie Moses Band will perform a variety of genres including folk, bluegrass and pop. Showcasing dueling strings in challenging virtuosic passages and a heartfelt lyricism, the Annie Moses Band combines technical skill with showmanship.

Each sibling, three men and three women, possesses their own unique musical talent. The three eldest, including Annie, trained at a young age, first in classical music then on to the Juilliard School. Meanwhile, the younger siblings honed their craft and classical training en route to the creation of the family band.

“We liked the fact that we could do it together,” Annie said.

More importantly, Annie, the eldest sister, said the group is blessed to be “crafting something of beauty” with their talents.

She prefers to call the band’s hybrid style of music as “upscale Americana,” as opposed to classical crossover.

This family of musicians is at home in every style of music, whether it’s an epic re-imagining of Gershwin and Copland classics (“Rhapsody in Bluegrass” “Summertime” “Hoedown”), a re-imagining of Paul Williams’ “Just An Old Fashioned Love Song,” a rendition of “The First Time Ever I Saw Your Face” or classics like “I Only Have Eyes For You,” “Nat King Cole Medley” and Don McLean’s “And I Love You So.”

The band’s original songwriting and arranging are also on call in ballads (“Deep In The Fescue Meadow”) or show-stopping fiddle fusion (“Orange Blossom Special”) and songs filled with wonder, like “In The New World,” “Choctaw Cowboy” and “West Pioneer.”

The Annie Moses Band is a favorite of the Stanly County Concert Association.

“We had them with us for the 2014-15 season and our audience was enthralled with the spectacular concert from an array of string instruments, including a harp, played to perfection and such a diverse program of classical, Americana, progressive folk, bluegrass, jazz and any number of other genres of music,” said Charlotte Maness, president of the SCCA.

Despite their classical training and talents, the siblings are not spoiled children of privilege. On the contrary, their family heritage includes four generations of strong work ethic and unrelenting sacrifice.

That sacrifice was first realized by the original Annie Moses, the great-grandmother of the siblings and the matriarch of their inspiration. In fact, the band was named in her honor.

“We remember her life. She lived in great poverty and died young,” Annie said of her great-grandmother.

Annie Moses was a sharecropper who picked cotton for a wealthy landowner in North Texas. She pinched pennies so her daughter, Jane, the siblings’ grandmother, could take piano lessons.

Jane paid the sacrifice forward by also sacrificing so her daughter, Robin, could learn the piano. Robin later met future husband Bill, a jazz man, at Oklahoma State University. Together they wrote a steady stream of songs, including the Sandi Patti hit, “Make His Praise Glorious.”

Robin and Bill continued to ensure their children inherited the opportunity at a musical education.

In 2002, the family reached a crossroads. Do they stay the course of classical music or do they pursue their own brand of music? They chose the latter while integrating the classical influence into their sound.

Since then the Annie Moses Band has recorded more than a dozen albums, produced Telly-nominated PBS specials, traveled to Europe and Asia, and performed on stages as diverse as Carnegie Hall and the Grand Ole Opry.

However, they never forgot the responsibility to repay their gift by ensuring other aspiring artists enjoy a musical opportunity.

In 2010, the band founded the Annie Moses Foundation, a nonprofit that nurtures the artistic development of families.

Saturday’s performance marks a return to North Carolina for the band and where the family has ties.

“The band was in our region in their very early years of performing and, now, many years later they are internationally proclaimed as amazing artists,” Maness said. “This will indeed be a great way to begin our season and we have had requests for tickets from folks who follow them and drive distance to attend their concerts.  We are indeed proud to present them.”

The Annie Moses Band is scheduled to perform at 7 p.m. Ticket prices are $20 for adults and $10 for students. Tickets are available at www.anniemosesband.com or call Pam Medlin at 704-983-1684.