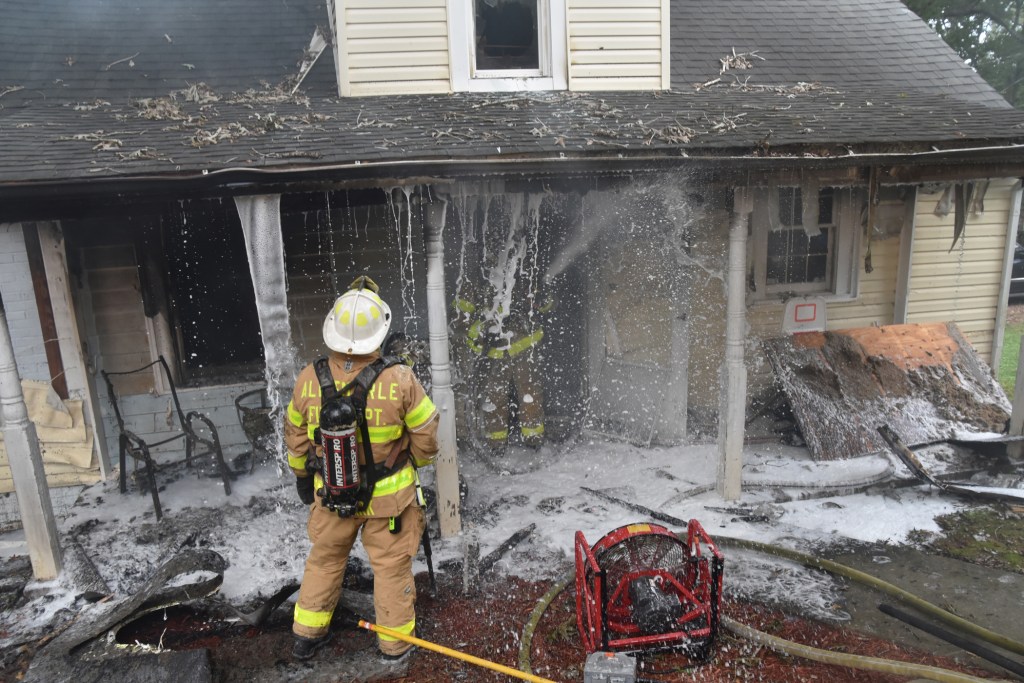 A cellphone charger is to blame for an Albemarle house fire.

Firefighters responded to a house fire at 406 South Third St. at 12:10 p.m. Wednesday. The blaze was quickly brought under control, but not before the house sustained significant damages from the heat and smoke, according to Shawn Oke, fire chief for the Albemarle Fire Department.

Fire investigators ruled the cause of the fire to be an aftermarket cellphone charge.

Although no one was at home at the time of the fire, the four people that live there were displaced. Red Cross is assisting the family.

“Tell everyone thank you, especially the American Red Cross,” said Shawna Vounnakhone, one of the residents of the home.

Other first responders that assisted include: the volunteer fire departments of Bethany, Endy and East Side, Albemarle police, Stanly County EMS and the city’s public utilities department.