Legislative redistricting has led to a portion of Stanly County enveloped into N.C. House District 66, which is new to a select number of local voters.

Four Stanly precincts will be voting in the district’s race since a sliver of the county will join Montgomery and Richmond counties for the new makeup of District 66. The district presently covers portions of the counties of Hoke, Montgomery, Richmond, Robeson and Scotland.

“I try to honor what the entire county wants, not just the sliver. That’s the only way I know how to do it,” Goodman said, adding that he’s accustomed to representing a district that bleeds into counties.

Burr sought to de-annex portions of county municipalities, which would have adversely affected sales tax distribution in those respective towns. Therefore, the move would have fiscally crippled the budgets of Badin and Stanfield.

While his opponents are making debut campaigns for political office, neither are inexperienced at politics.

Miller acknowledged, however, the switch allowed him to file his candidacy. In fact, Miller has previously been registered as a Republican and Democrat at different points. 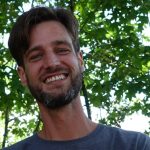 “I’m so tired of both parties (Republican and Democrat). I’m at a point of not voting,” Miller said.

He added that partisan bickering has adversely affected the political discourse in the state General Assembly.

“I think people are tired of it,” Miller said.

Miller is concerned about how poverty is affecting rural North Carolina. Along with fewer jobs, those in rural areas typically earn lower wages.

“We need to make sure that there are not just jobs in the district, but good paying jobs,” Miller said.

Economic development ranked as important to all three candidates. They also noted about how rural communities have been consistently shortchanged economically in terms of industry, education and infrastructure.

Davis, who touts previously working as a political consultant on several Republican campaigns, said Democrats have historically been satisfied with “scraps off the table,” contributing to the plight of rural communities. 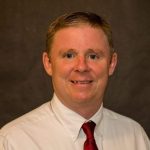 “We’ve got to make sure we keep our public schools funded,” he added.

He wants North Carolina to match South Carolina’s less burdensome gasoline tax, which would decrease the price per gallon. Towns that lie along the border of the Carolinas lose revenue when residents cross the state line for cheaper gasoline, Davis said.

And the price of gasoline has a more critical impact on rural motorists, since they typically drive farther for goods while earning less, he added.

Davis argues North Carolina could rely on a tourism tax to offset what the gas tax produces for roads.

Goodman, who served on the legislature’s Commerce and Job Development Committee, recognizes improved public education as a pathway toward economic development.

“We have shortchanged children all across the state,” Goodman said.

He cautioned that rural communities are void of educational subsidies often afforded to school districts in urban areas.

Many of Miller’s campaign platforms relate to the Green Party’s commitment to the environment, such as its stance on a cleaner environment and anti-poverty initiatives.

He also advocates for universal healthcare.

“As one of the leaders of the free world, we should make sure all of our citizens are taken care of,” Miller said.

A former worker in the restaurant field, Miller hopes to revive Stanly Community College’s plans for a culinary program in downtown Albemarle.

Burr twice used his legislative influence to interfere with SCC’s efforts to pursue a culinary curriculum off the main campus.

Goodman and Davis participated in a candidate forum in Montgomery County Tuesday night. Miller did not attend the event.