County residents are assured they’ll have a new sheriff in December.

Voters will be choosing between Republican Jeff Crisco and Democrat Oscar Banks (Sonny) Hinson Jr. GOP primary voters chose Crisco as their nominee from five candidates, including incumbent George T. Burris. Hinson, on the other hand, enjoyed no opposition in the primary.

Just as different as their paths to the General Election, the candidate backgrounds are equally as diverse.

When Crisco announced his candidacy he was employed at the Sheriff’s Office as a narcotics investigator. Because of his candidacy against the incumbent, Burris dismissed Crisco but allowed him to tidy up his case files.

Deputies work at the pleasure of the sheriff.

Crisco’s departure, however, left the Sheriff’s Office without a drug investigator as an opioid epidemic worsened. For three consecutive months, Stanly has led the state in opioid overdoses. 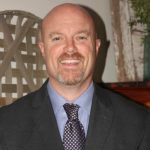 Another top priority includes restoring relationships between the Sheriff’s Office and other agencies, an objective Crisco first cited as a reason for his candidacy and a deficiency in the current administration.

“The main purpose in running was to bring back stability to the sheriff’s office and get all first responders working together as one,” Crisco added.

He also wants to bolster the level of training at the Sheriff’s Office, opposed to the minimum in-state training requirements, Crisco said.

Although Hinson, 73, of Albemarle, wants to be the county’s top cop, he has no prior law enforcement experience.

“Being sheriff is an administrative job,” Hinson said. “The way I see it is that the sheriff needs to stay in that office.”

There is no requirement that a candidate for sheriff have a law enforcement background.

If elected, Hinson said he would remain inside the office while deputies handled field investigations. He claims to have a seasoned chief deputy in place, but declined to identify who that might be.

Part of his campaign mantra includes being a sheriff for everyone without any prejudice or favoritism for any specific group.

“It’s the sheriff’s responsibility to look after the county,” Hinson said. “Everyone’s going to have a say. It’s not going to be one party; it’s for all people.”

Hinson has a varied work history. He previously worked in textiles and once barbered for a living.

“I got into it when long, hippie hair came along and I ‘bout starved to death,” Hinson said.

Along the way, he’s secured licenses as a car dealer, realtor, auctioneer and general contractor.

“When you get into one thing, sometimes you have to get into something else to get by,” Hinson added.

With the exception of chief deputy, no significant changes in personnel are expected at the Sheriff’s Office from either candidate.

“It goes against my morals because of their families,” Crisco said. “There’s a great group of people working there.”

He plans for Ashley Thompson, a retired officer with the N.C. Wildlife Commission, to serve as his chief deputy.

Hinson said he, too, plans to retain all the existing deputies with a warning that everyone will be on “probation with me.”

Stanly’s conservative base and propensity to vote Republican seems to favor Crisco. However, the Democrat Party has been furiously working to reverse the tide for the mid-term elections.