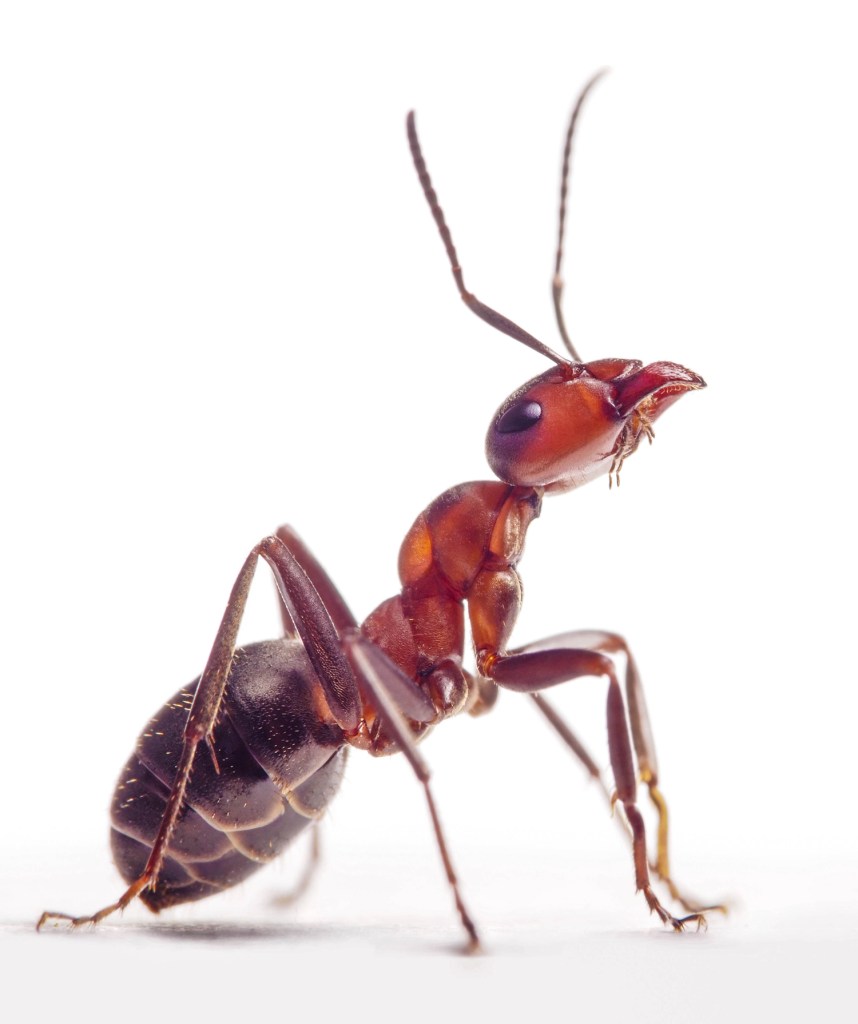 Since Hurricane Florence soaked Stanly County, fire ant mounds have been popping up in unusual locations.

Look no farther than lawns, fields, pastures and other cling-able objects in Stanly County to find another menace. Mounds of fire ants have been surfacing throughout the region to the point they have become a public nuisance.

“People who have never had a problem with fire ants are suddenly having problems with them,” said Chris Wilder of Wolfpack Pest Control.

He attributes the increase in fire ants to Florence, adding that his business has experienced an uptick of 60-70 percent in calls related to fire ants.

An Albemarle resident called for help when she discovered her car infested with fire ants after the hurricane, Wilder said.

A recent football game, West Stanly Middle School at East Montgomery, was canceled due to fire ants on the field.

Fire ant bites can cause secondary infections that may result in scarring. If allergic, the reactions can be more severe, even deadly, though rare, according to the N.C. State University Cooperative Extension.

“It’s going to cause you a lot of misery, but it’s not going to kill you unless you’re allergic to it,” said Samantha Foster,  a livestock and forage agent for the Cooperative Extension in Stanly County.

But, fire ants pose other risks, too.

Pets and livestock are vulnerable to fire ants, especially when the insects bite around the muzzle of animals.

Fire ants can cause damages to manmade objects, too. Nesting can weaken and break concrete slabs, including driveways and roads.

The pests can also damage crops and affect harvesting yields.

Because fire ants tend to favor greasy objects, they often get inside motors and electrical components. They’ve been known to short-out motors. Tractors, mowers, wells and HVAC systems are targets for fire ants. 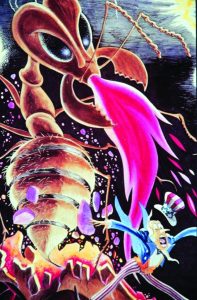 Fire ants originated in South America before migrating north. More than a century ago they surfaced in Alabama and they’ve been spreading throughout the Southeast ever since.

Migration to the U.S. was enhanced by the transport of nursery stock, sod, hay and straw, soil and farming equipment.

Mating flights and the “budding off” of colonies with multiple queens contribute to their spreading.

Winged, reproductive adults leave the colony and mate in the air.

A newly mated queen lands and digs a chamber in the ground where she lays her eggs, about 200 daily or 350,000 during her lifetime.

Queens live up to five years whereas worker ants live for about a year. Once a queen dies, worker ants adopt a new queen.

Some colonies have multiple queens.

Fire ants are most active in the mornings when soil temperatures are between 70 and 80 degrees.

Hurricane Florence is believed to have put fire ants in motion. They’re both industrious and smart in terms of survival.

Wilder said Florence led to the rise of more mounds than typically observed. He observed photos of fire ants bridging rafts on the flood waters from Florence.

Mounds serve as solarized habitats where fire ants keep their larvae, Foster said.  They seek warm, humid conditions, which might explain why the mounds are usually in direct sunlight and prevalent in the South.

October is considered a good time to treat fire ants and when mounds begin popping up through late fall. However, only 30 percent of these colonies will survive.

Many home remedies, like grits, molasses, aspartame and club soda are not effective.

Chemicals like chlorine, ammonia, gasoline and diesel fuel are not effective as well and potentially contaminate groundwater.

Boiling water is deemed about 70 percent successful, but poses other dangers.

“They’re pretty smart,” Wilder said. “When something happens to their mound, they shut it down and move on.”

Foster recommends the “Texas two-step” as the best way to treat fire ants. The preferred method is to put out bait for when the ants forage, then a couple days later treat the individual mounds with a contact insecticide.

“You’re never going to get rid of them. It’s a management thing,” Foster said. “It’s like changing the oil in the car.”

Spread a fire ant bait chemical around the mound, about 1-3 feet away, so when ants forage they’ll collect the bait and return it to the queen and brood. Apply it when ants are foraging and when no rain is forecast for a few days, since water can dilute the bait.

Wolfpack uses TopChoice Granular, an insecticide with Fiponil, which the company guarantees for one year after treatment.