King of the Court raises more than $500 for charity 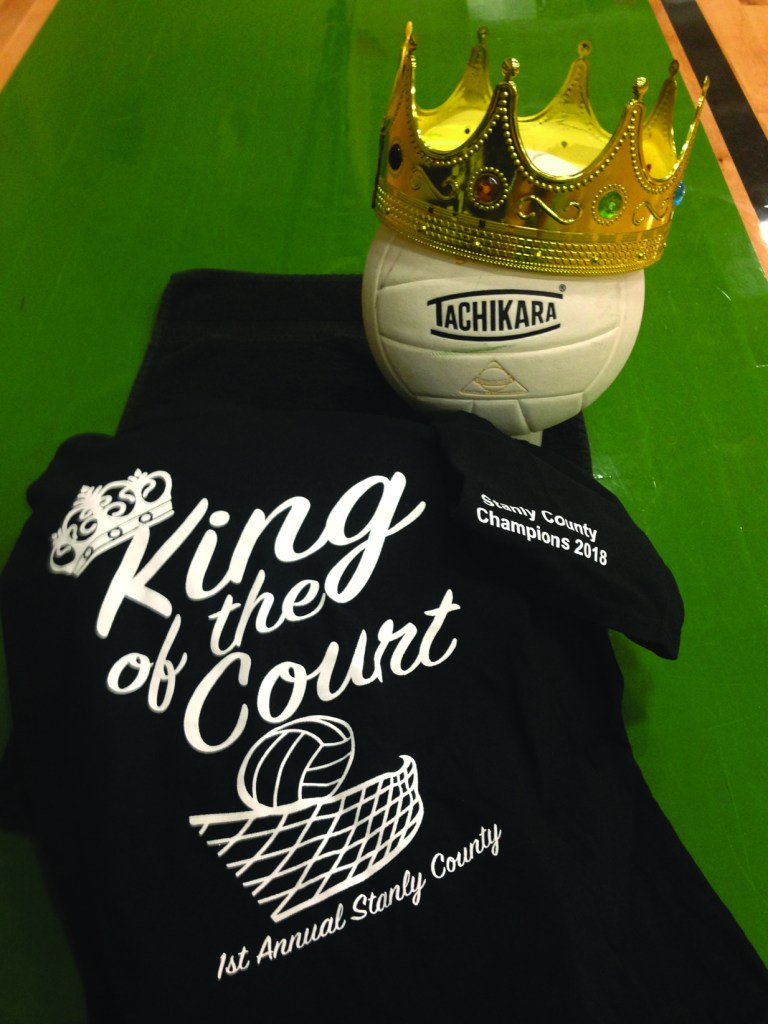 Photo by JESSE DEAL / The crown awaited the winners fo the King of the Court tournament Saturday night.

With individual tickets at $2 each during the multiple rounds, the event generated more than $500 in funding to benefit Stanly Health Foundation’s leukemia programs.

All four grades featured a team with eight players while two members of the Colts varsity volleyball team (16-5, 7-1) served as coaches for each squad.

“We’re having it in-house and all the donations will be from West Stanly,” event organizer and West Stanly head volleyball coach LaRhonda Watkins said. “We’re raising money for a good cause and I think this event will gain even more buzz after tonight. I believe next year’s will be even bigger.”

The Colt freshman squad had previously been eliminated in a prior round, leaving the semifinal single-set matchup to the seniors and sophomores. The sophomores got off to a good start with a 9-6 advantage, but the seniors responded by tying the game at 12. From there on, the seniors went on a roll and didn’t look back, winning 25-15.

The championship round featuring the seniors and juniors was a competitive best-of-five set matchup.

Tied at 10, the juniors soon found themselves up by nine en route to their 25-14 opening set victory. The following set turned out to be closest one, with the juniors erasing a seven-point deficit but ultimately falling to the seniors 25-17.

The third set was a huge come-from-behind win for the seniors as the group turned a slow 11-15 start into a 25-17 final. In their fifth overall set of the night, the seniors broke away from a 9-9 tie and notched a five-point lead. The eventual 25-21 result crowned the senior team the first “kings of the court.”

Watkins hopes that next year’s installment of the event will include teams from other schools in the area, namely South Stanly, North Stanly, Albemarle and Gray Stone.

In the meantime, she will be focused on her varsity team’s final matchup of the regular season, a home contest with Mount Pleasant tonight.