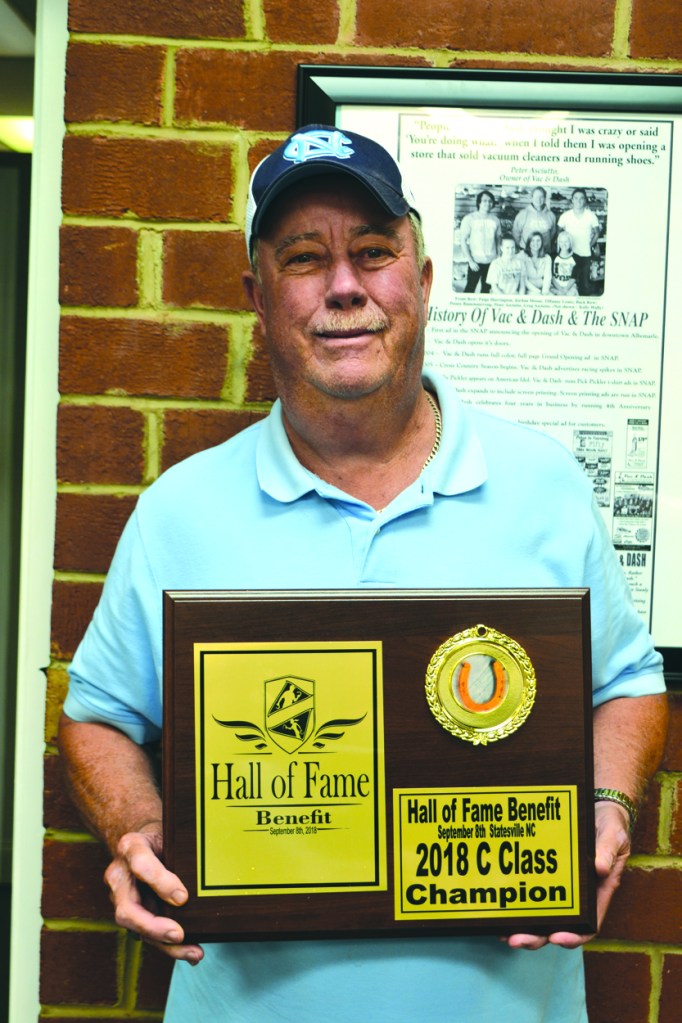 Oakboro pitcher Ronnie Tucker is back pitching horseshoes after eight months of layoff with back problems.

The temperature at a recent Statesville event reached 100 degrees on the pure asphalt pits.

His winning continued in the third game by crushing Danny Woodcock from King 24-6.

In the fourth game, Tucker edged out Keith Cheshire 19-18.

The final game saw Tucker against Robert Covington, who pitched in the world tournament in Florence, South Carolina this year.

Covington came out throwing four ringers in a row, taking the lead 12-0. Then Tucker fired 3-out-of-4 shoes to close the gap to 12-9. After a few pitches, the game is knotted at 15.

Then Tucker went 3-of-4 shoes, getting the last point of the game.