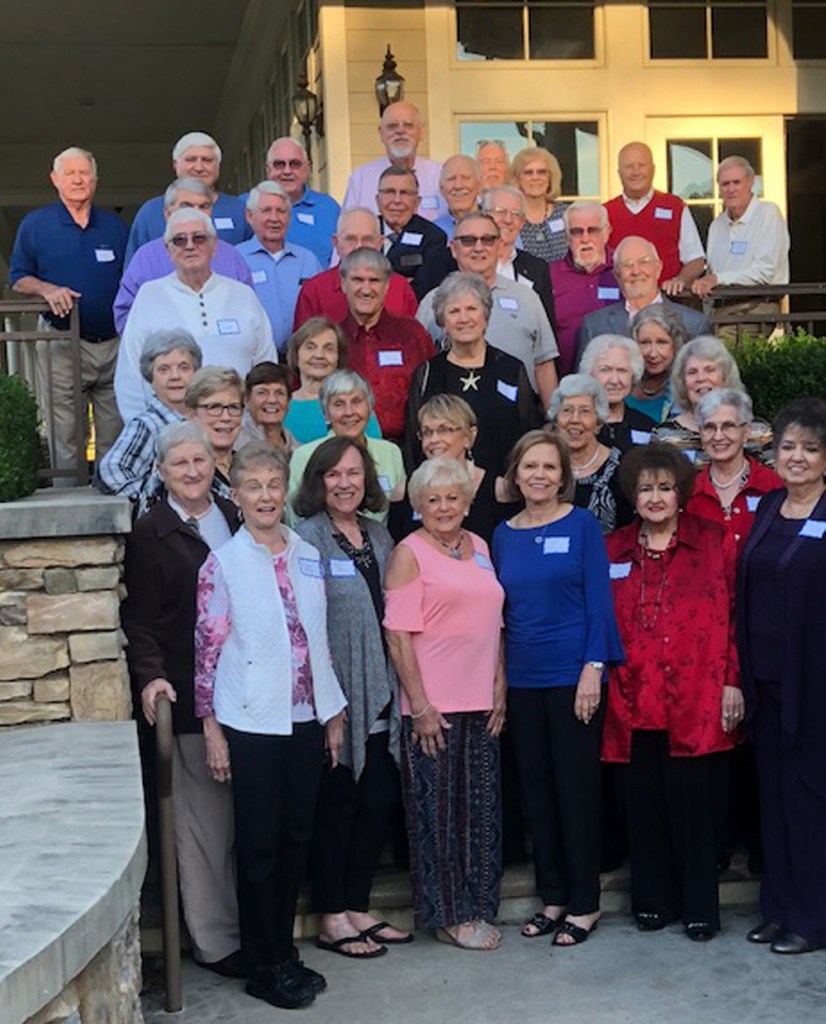 Thirty-nine of the classmates attended the dinner on the seasonal fall evening. Ronnie Morris traveled the farthest, San Diego, to attend the gathering.

They honored the 42 classmates that have since passed away by reading their names aloud along with a moment of silence.

The Class of ‘58 shares the distinction of being the last class to attend the original AHS, located at the present-day Central Elementary. In 1959, the high school moved to its present location on Park Ridge Road.