House Dist. 67 seat up for grabs

Despite any perceived advantage from an upset in the Republican primary, the race for N.C. House District 67 is far from decided.

True Wayne Sasser, of Stanfield, defeated a five-term incumbent from Stanly County in May. The next race, however, involves three formidable candidates, all political newcomers. Democrat Karen L. Webster, of Concord, and Libertarian Michael Finn, of Norwood, are vying for the same District 67 seat. 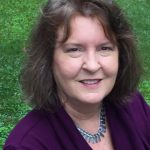 “The people of the 67th District are in the fortunate position of not having a professional politician running represent them, regardless of how they vote,” Webster said. “I’m proud to join my opponents in being ready to serve the people, and not ourselves.”

Although Sasser seemingly has the edge after his defeat of Justin Burr, there are political variables that could spoil any predicted outcome.

First, this is a newly drawn District 67 that combines Stanly and much of Cabarrus County, instead of the previous inclusion of Montgomery County.

By all accounts the district still seems to favor a Republican candidate, but Webster’s residency in Cabarrus could help her with local voters there. And if the Democratic Party, which appears rejuvenated for mid-term elections, motivates voters she could pull an upset of her own.

A third candidate typically helps tilt a race. At times, they play spoiler. Stanly voters could be kind to another home-grown candidate in Finn. Burr loyalists could throw their support behind Finn before succumbing to Sasser or voting Democrat. Or, voters could be tired of partisan bickering and opt for a different party.

At least Sasser lays claim to the district’s two counties. 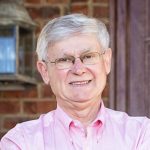 “District 67 has been my home my entire life,” Sasser said. “I was born in Cabarrus County and raised on our family farm in western Stanly County. After graduating from UNC-Chapel Hill School of Pharmacy, I eagerly returned to Cabarrus County as pharmacist with Pike Drug Store in Concord.”

Although new to the political fray, Finn has been educating more voters about the Libertarian Party’s philosophy. In fact, it’s the reason he is running for office.

“The Libertarian party believes in preserving the rights and freedoms of all citizens and our platform more closely aligns with the needs and beliefs of the people of District 67,” Finn said. “Running for this seat gives me the opportunity to introduce the party to our area and let everyone who is tired of the hypocrisy know they are not alone.”

The polarization of partisan politics is holding North Carolina residents hostage, according to Webster.

“The people of North Carolina are not being represented in Raleigh,” she said. “Good people on both sides of the aisle are being ignored by our leaders, who serve only a small fraction of our state, and prioritize culture wars over jobs. This state has serious issues to address, and window dressing is not getting the job done.”

As a career pharmacist, Sasser has been involved in the state’s fight against the opioid epidemic, one that has gripped the region, helping craft the Stop Act. Ratified in 2017, it allows authorities to monitor opioid prescriptions.

“Currently, we do not have a pharmacist in the legislature,” Sasser said. “I can assure you that I will continue to make this a top priority and I will remain steadfast until we have this crisis under control.”

Finn shares Sasser’s concern about the opioid crisis. He applauds the Stop Act, but calls for more action. 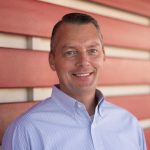 “The opioid crisis needs to be tackled head on, reform is needed in prosecution with emphasis placed on dealers and manufacturers more than the end user,” Finn said. “Counseling and assistance for pain sufferers that may resort to abuse has to be strengthened.”

Sasser is a proponent of expanding broadband to under-served areas of the state.

“Job creation should be fostered by the free market system, not in tax incentives decided by party cronyism,” Finn said. “We need to focus on producing better candidates for companies that may be able to grow and thrive here.”

Webster touts education as her top concern for the district.

“Everywhere I go in (Dist.) 67, people are concerned about our schools,” Webster said. “Schools shrinking to schools overcrowding, the number one question I get is about schools. We need to fund the classrooms and not use political stunts like handing out gift cards to teachers for a fraction of what they spend out of their own pockets for supplies that should be provided in the budget… Schools need more funding, and teachers need to be appreciated and encouraged.”

She suggests her background best reflects the values of the rural district.

“My upbringing, education, and work experience all align with the makeup of District 67,” she said. “I was raised in 4-H and (Future Farmers of America), went to public school and university, and have worked in businesses large and small. I have run my own business, served as a volunteer, and raised a family in District 67.”