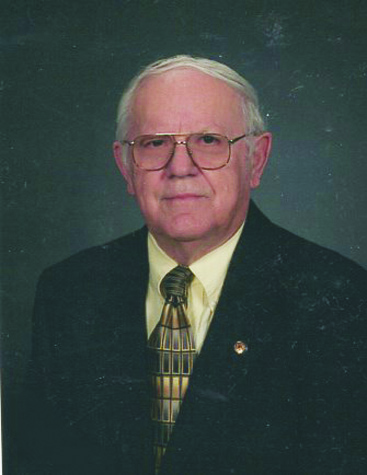 Thomas Edward Underwood, 87, died at the hospital after declining health. A former Albemarle businessman, Underwood remained active in the community serving on both the Stanly County Board of Commissioners and Albemarle City Council.

“Ed was a good man who was very active,” said Elbert L. (Whit) Whitley, former mayor of Albemarle when Underwood served. “He was always willing to do his part. He kept his ear to the ground and always knew what was going on.”

Underwood served two terms as a county commissioner, including one year as board chairman. He served 17 years as a city councilman.

In fact, Underwood was among the early Republicans that helped forge a political path for the GOP in Stanly County. When elected in 1996 on the City Council, Underwood was the first Republican to be elected for the Albemarle board since 1951. He edged the then incumbent by 42 votes.

Between his community service and his ownership of a local service station, Underwood’s popularity among citizens soared.

“From a very young age, Dad taught us the importance of hard work and serving others,” said his son, Tony. “He used his service station as a base of operations to connect with people in the community. Public service was such an important part of his life. He loved local politics and the opportunities it gave him to serve.”

Along with politics, Underwood served for more than 20 years on the Stanly Community College Board of Trustees and Albemarle’s planning and zoning board.

He was also a member of the Albemarle Optimist Club, which led to him coaching the Carolina Oil Orioles Little League Baseball team during the early 1970s. During one of the seasons, his Orioles team notched a perfect record of 21-0.

Aside from a commitment to service and his business, Underwood’s greatest joy was that of his family. He was married to Luedith for 60 years. They had two sons, Tony and Greg, and seven grandchildren.

“He loved our mom dearly and he was so proud of his two sons and his seven grandchildren,” Tony said. “Growing up, Dad rarely, if ever, missed a sporting event that Greg or I were involved in and he never seemed to slow down.”

Underwood was a veteran of the U.S. Army.

He was a lifelong member of West Albemarle Baptist Church.

“His life was full and the community has lost one of its most ardent supporters,” Tony said.

For a complete obituary, see page 3A.