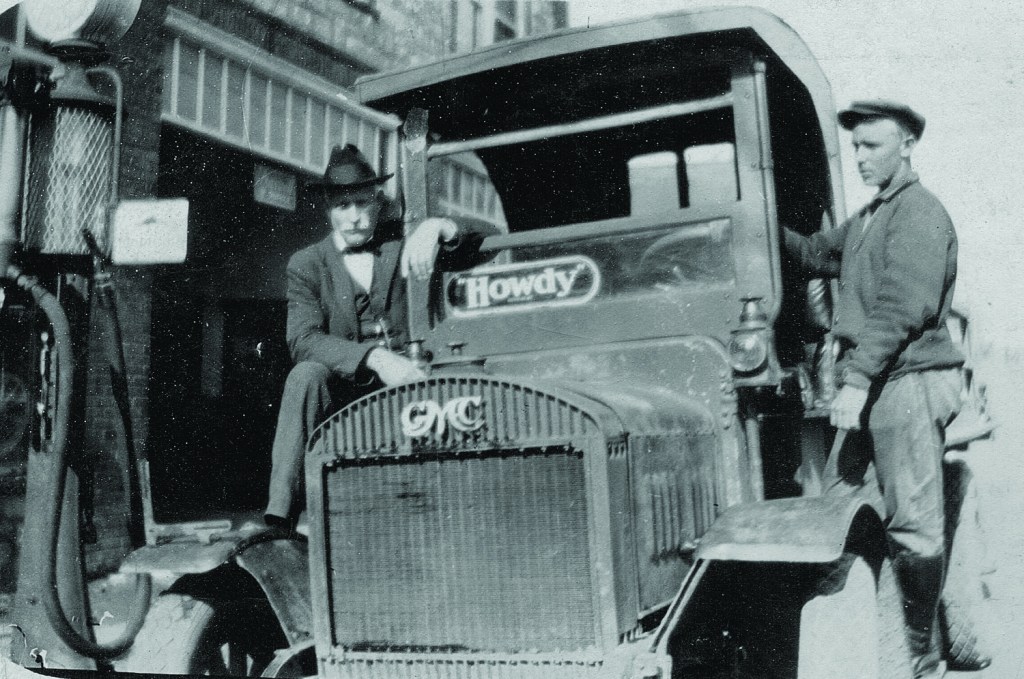 Contributed Kenny Thomas is shown on the right with a Mint Cola delivery truck. Bramlett would like to learn the identity of the person on the left.

In November 1915, L.D. Peeler of Salisbury wanted to expand his bottling business into new territories and so began planning for a Mint Cola bottling plant in Albemarle.

He wanted to gain access to the Badin market and felt building in Albemarle would give the added benefit of getting into that market as well.

In February 1916, Peeler’s new bottling plant was being built near the Lillian Mills at Five Points.

According to the 1922 Sanborn map, it was in a wooden building about where the old Five Points Barber Shop was later located. The plant opened in March 1916.
About this same time, the Pepsi-Cola Bottling Works plant opened on South Street in the building across from the Lutheran Church.

At some point during the next couple of years this plant was evidently purchased and consolidated into the Mint-Cola location.

During 1917, Peeler purchased a cherry flavored drink, Cheerwine, from a traveling salesman. It was first bottled in Salisbury, but by May it was also being bottled at the Albemarle bottling plant.

An article in the October 2, 1919 Stanly County Herald stated that the Pepsi Cola Bottling Works plant near Lillian Mills, that had been idle for about a year, was sold by L.D. Peeler. The new owner planned to reopen the plant, but what happened next is unclear.

In July 1922, ads appear in the Stanly County Herald that the building, still owned by Peeler, is for rent or sale. By December the Teeter brothers, Floyd and J.C., opened a carriage and auto painting business in the Old Mint Cola Building.

On a side note, Pepsi-Cola returned to Stanly County when R.F. Beam opened a botting plant on Railroad Street about 1935.

Lewis P. Bramlett is a Stanly County history. He writes #ThrowbackThursday each week.