Bells will be ringing with return of Raleigh Ringers

Harris is the music director and one of the founders of the Raleigh Ringers. 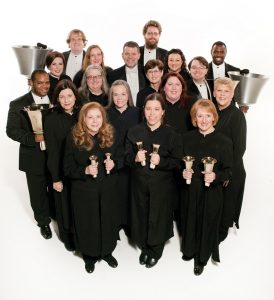 The Raleigh Ringers have been performing for 29 years. They have traveled to several states, Canada, France and England. Exposure through specials on UNC-TV has led to more opportunities, according to music director David Harris. (Contributed)

The group began in 1990 when some bell ringers decided that church music was not enough. While they still wanted to play it, they wanted more.

Twenty-nine years later, the Raleigh Ringers still provide sacred music, with touches of rock’n’roll and other genres added to the mix.

“When we started there was probably only six or eight community-based handbell choirs in the country and now there are probably over 150,” Harris said. “It’s still growing.”

The group has 17 members, including charter bell ringers Cindy Massey and Sandy Hopson.

Bells come in the forms of different sizes, nations of origin and material, with the largest made from aluminum.

“We try to mix up the different tone qualities with different bells sounds,” Harris said. “We have eight different types of bells.”

The Raleigh Ringers perform throughout the year, with auditions conducted each January. The first half of the year is spent performing more of the group’s general repertoire, with the latter part adding in more Christmas tunes.

The Ringers have performed in 39 states, Canada, France and England. The group plays around 25 concerts each year.

Harris said the longevity of the Raleigh Ringers is thanks to a couple reasons.

“I think we are always introducing brand new music,” he said. “We commission music. We have composers write new music for us. That I think is one of the compelling things that keeps us fresh and makes things interesting.” 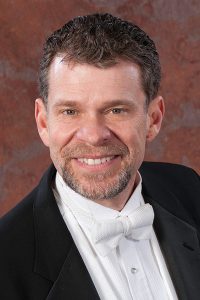 “We are so excited and proud to have The Raleigh Ringers return to our stage,” said Charlotte Maness, president of SCCA. “If you heard them when they were here in our 2007-2008 season, on public television or in another concert, I am sure you were amazed at their artistry, variety of music genres and outstanding performance. We have had many requests to have them return to us and now is the time.

“Our own North Carolina can be proud of their home base in Raleigh, their international presence and recognition as the very best,” Maness added. “This will be a great evening for us all and we are also excited about our having many bell choirs planning to attend. This is such a great opportunity for them to come and be inspired as they share in their own choirs.”

Maness noted that the Raleigh Ringers have the largest set of handbell instruments in the world, “29 ½ octaves composed of 361 individual pieces.”

“What great pride we can share, as North Carolinians, that they represent our state to the world,” she said.