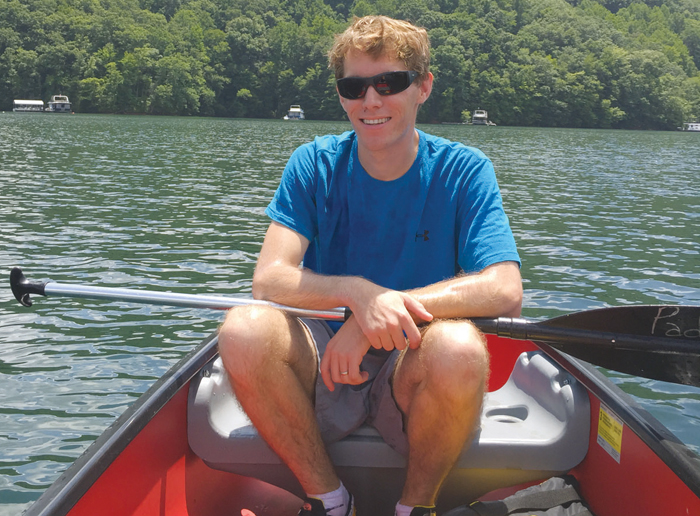 East Albemarle teacher faces tough test of his own

When Daniel Lattimore’s first cancer tests came back, he could have let it go. The results showed no signs of abnormality. He could have left it at that.

But something about it didn’t sit right with him or his wife Imari. For months Daniel had been extremely tired, falling asleep in chairs or getting winded going up the stairs. Not like the normal, healthy 30-year-old he was.

And sure, the doctors had discovered he was anemic during one of their tests. They had also suggested he could have a sleeping disorder, prompting more studies.

But the kind of test he’d taken wasn’t always accurate. And anemia and tiredness can also be caused by cancer. So a couple months later Daniel went back for a second test — one that involved removing two lymph nodes (a place where Daniel was experiencing soreness) and then examining them.

The results came back the day after Christmas.

With no way to safely confirm the cancer was spreading to his spleen, but it seemed likely.

“Apparently I’m the poster boy for that kind of cancer,” Daniel said.

Hodgkins lymphoma is most common in males 20-40 years old, he detailed. It’s a form of cancer that starts in the lymph nodes and then spreads to other parts of the body.

The magnitude of that didn’t really hit him at first, though. In fact, after about a year of knowing something was off, it was actually a relief to know what they needed to do next.

“(Hodgkins lymphoma) is actually one of the most treatable forms of cancer,” Daniel said. “Like the nurse told me, it’s bad, but it’s good. There’s an effective treatment for it.”

But that didn’t lessen the impact the cancer had on he and Imari’s life.

As the new parents of a then 1-year-old daughter, Elena, they were already getting adjusted to a new lifestyle. In addition, they had just moved to Stanly County about four months before and Daniel had just taken up a new job as a teacher at East Albemarle Elementary School.

“We were still living out of boxes at that point,” Imari said. “It was a lot of change in a short period of time … there was a lot of uncertainty and it was hard to feel normal.”

But in the middle of the shifting sand, they did find several pieces of solid ground.

One of the first came as a familiar face in the hospital. A doctor Imari had known for years was able to take up Daniel’s treatment and make sure the bulk of his treatments took place in Albemarle. 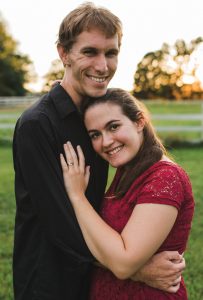 Daniel and Imari Lattimore were married in July 2013. The photo above is from a series taken when their daughter, Elena, turned 1 last year. (Photo by Anika Columbo).

“In a very short time we had a clear picture of what we were dealing with and how to deal with it,” Imari said. “Having that plan helped a lot.”

Another piece of solid grould was Daniel’s job. He decided to keep teaching during treatment rather than go on disability. With so much going on in his own life, it was nice to go to the school and focus on someone else for a while, he explained.

“Which is kind of funny, because I’m usually a wimp when it comes to being sick,” Daniel said.

“It’s true, he normally doesn’t want to do anything when he’s sick,” Imari said. “But I think being there, being active, helped a lot.”

Keeping that routine also helped Elena, too, they added. To keep their lives as normal as possible for her, they created a treatment day routine for her and checked out books about doctors from the library so she wouldn’t be scared when they visited the hospital.

“She used to be really shy (around doctors), but now she’s very comfortable being there,” Imari said. “She knows they’re helping.”

But perhaps the biggest pieces of solid ground formed around their faith and around people, the two agreed.

From long talks with his pastor about what was going on to pre-treatment fasts with friends, their community at Boomerang Church helped the family focus on trusting God, Daniel detailed.

“God’s the one factor that never changes,” Daniel said.

In addition, their families, friends and even Daniel’s new co-workers provided a solid source of support.

“I hadn’t even been (at East Albemarle Elementary) that long. Everyone there was offering to help me with paperwork whenever I had a treatment … brought me this huge snack basket,” Daniel said. “There was so much encouragement.”

And after having everything knocked off kilter, he appreciated all those familiar and reliable pieces of his life more than ever before, Daniel said.

“Even just those moments when I get to play with my daughter, I know not to take it for granted,” Daniel said.

In September, Daniel officially finished his treatments. So far test results have shown no further signs of cancer. But that doesn’t mean he’s taking his health for granted, either. He’ll be going in for regular check-ups and CT scans for the next several years just to make sure he’s in the clear.

“I guess I’ve learned that it doesn’t hurt to check,” Daniel said. “Don’t be ashamed to get help with your health.”

It would have been easy to let that second test go, he noted. To put it off or forget about it.

“But then where would we be?” Daniel said. “You’ve got to stand up … do something for yourself.”

Shannon Beamon is a freelance contributor for The Stanly News & Press.