On a night when Democrats were optimistic about regaining political ground, Stanly voters flexed conservative muscle and kept the county commission all Republican.

A pair of Democrats trying to crack the Board of Commissioners were turned back in lopsided defeats. In fact, both faced huge deficits after Early Voting when more than 23 percent of the county’s voters cast ballots.

Almond credited the victory with his message about creating more opportunities for younger adults to stay in Stanly County to live and work. 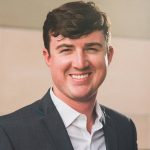 “I think my message really resonated with people that I want to change things,” Almond said.

Among those who returned home after college to start a small business, Almond said he’s living proof that it can be done in the rural county.

However, he also acknowledged the impact of a motivated Republican base working to keep Democrats at bay in the mid-term elections.

Not just the President Trump effect, but Almond pointed to the Brett Kavanaugh influence. He suggested GOP voters responded to what they considered unfair treatment of Kavanaugh during his confirmation hearings for the U.S. Supreme Court.

“I think voters were fed up with how he was treated,” Almond said of the GOP turnout. “It drew out a base we haven’t seen in a blue-moon cycle in a long time.”

While the Almond-Lambert race was a more conventional contest, Coats’ challenge of Furr was more unique. What Furr first believed to be an uncontested race changed when Coats abandoned her efforts to unseat incumbent Commissioner Bill Lawhon and, instead, face fellow political newcomer in Furr. 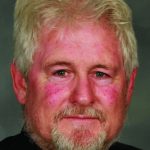 “I always felt the people of Stanly County would put in the person they trusted,” Furr said at his home Tuesday night.

“Anybody who knows me knows I stand by what I say,” Furr added. “I’m proud of the way they supported me.”

Between the extra effort for voters to scribble Coats’ name and the Republican wave of voters, Coats simply could not overcome the challenge.

Joining Almond and Furr as commissioner-elects include: Lawhon for District 2, Mike Barbee for District 1 and Tommy Jordan in District 3.