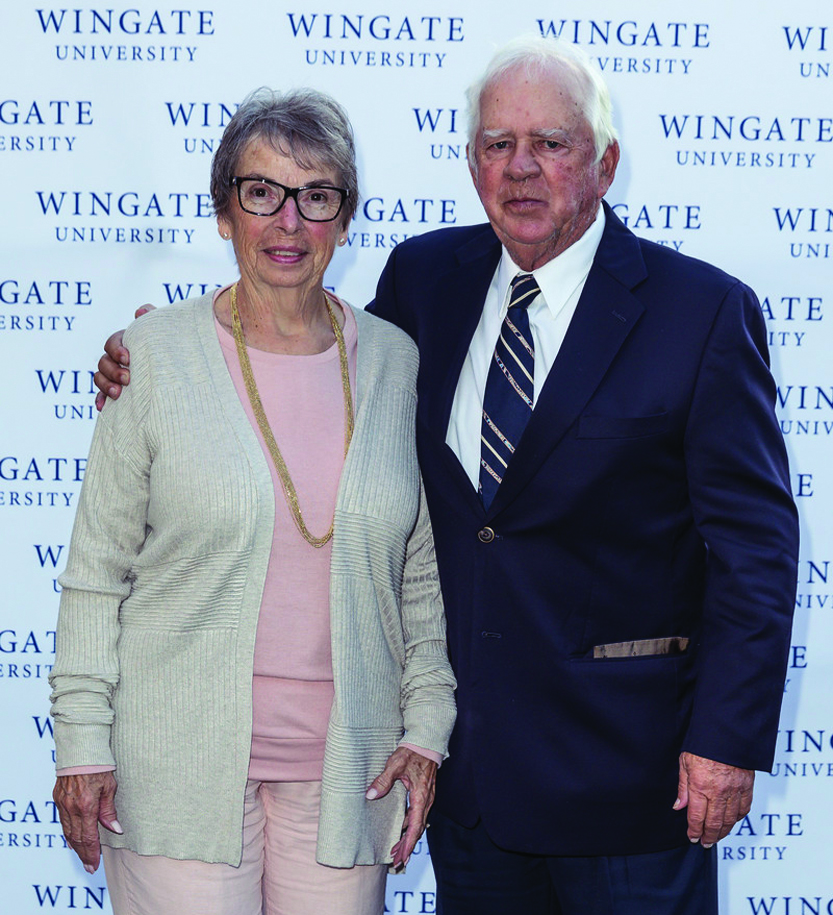 Windell Talley, owner of Stanfield-based Talley Farms, is this year’s recipient of Wingate University’s Honorary Alumnus Award. He was recognized Oct. 19 at the Blue Carpet Gala on the eve of Wingate’s Homecoming.

Wingate’s Honorary Alumnus Award recognizes people who are not alumni but who demonstrate respect and admiration for Wingate’s core values of faith, knowledge and service through their actions.

This award honors University friends who exhibit outstanding and uncommon achievement in their professions and whose civic, community and public service are exemplary and exceptional.

After completing several courses at Wingate Junior College in the late 1950s, Talley transferred to N.C. State University, where he received his bachelor’s degree in poultry science from the College of Agriculture and Life Sciences in 1963.

Shortly after, he purchased farmland and began Talley Farms. The enterprise that began as a turkey farm now produces turkeys, eggs, beef cattle and feed.

Talley and his wife, Judy, have one of the largest farming operations in North Carolina, and as early as 1969 they were selected by the National Farm Bureau as one of three outstanding young farm couples.

Talley’s favorite aspect of his career is that he is able to produce the food that people put on their tables every day, and he is proudest of the fact that he and Judy have built a farming operation from the ground up and have sustained it for the past 60 years.

Despite Talley’s busy farming operation, he still finds time to get involved and serve his community. He has been a member of the hospital board in Stanly County for the past 16 years and served on the Stanly Community College Board, the National Turkey Federation Board and the N.C. Agricultural Foundation Board.

In addition, Talley served two six-year terms on the NC Board of Agriculture and is the past president of the N.C. Turkey Federation, the Stanly County Farm Bureau, and the Stanly Cattlemen’s Association.

In addition to his gift of time and talent to Wingate, he and his wife have also made significant contributions to the Hinson Art Museum, including the fresco in the main entrance painted by prominent North Carolina artist Ben Long. He also funded construction of the Judy Love Talley Fountain in front of the Batte Center.