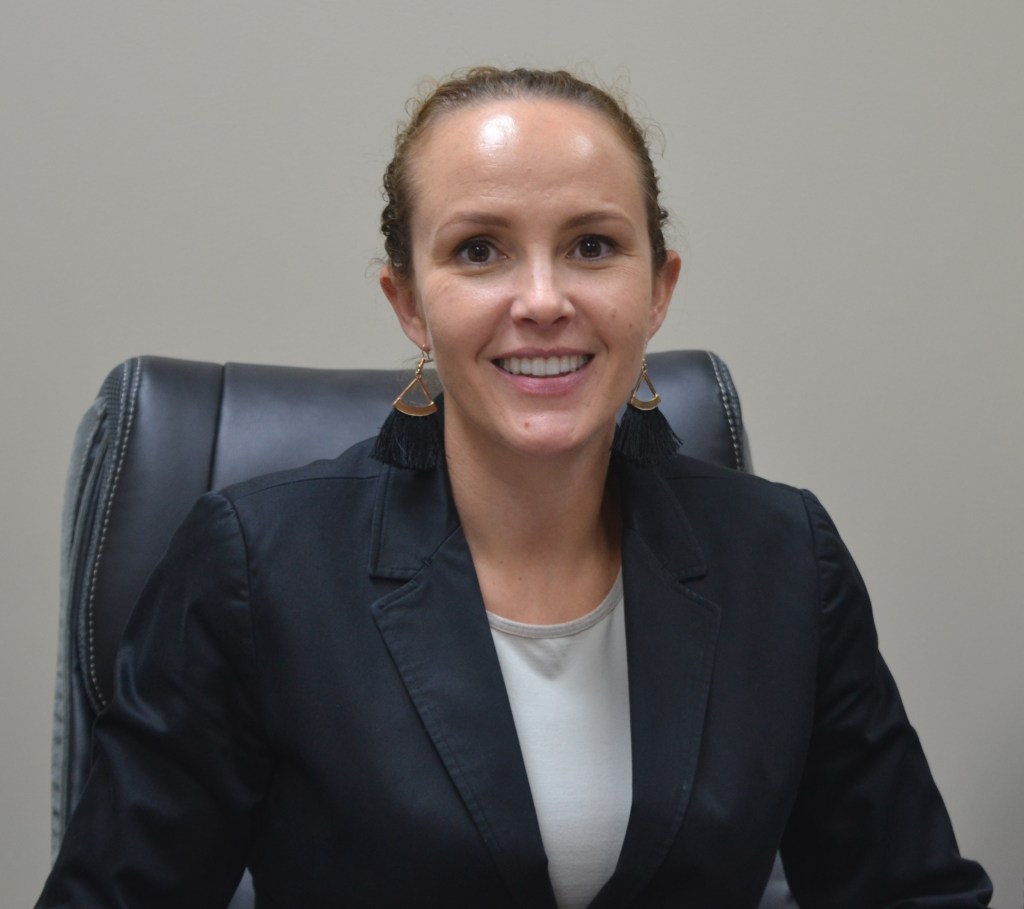 In an era when attorneys often pursue the limelight, the county’s staff counsel prefers to remain silent.

Board of Commissioners meetings typically conclude with Stanly leaders offering random public comments. Once county attorney Jenny Furr is afforded an opportunity to speak, she respectfully responds with, “No comment.”

Even at home with her family, Furr chooses to leave work-related chatter at the office. Her husband, Allen, does most of the talking about his workdays at the Xpress Lube.

As counsel, Furr chooses to keep her discussions private. Part of her legal DNA, Furr is accustomed to maintaining confidentiality between client and attorney. Per her role as county counsel, the local government of Stanly County is her client.

He added she is both diligent and well versed in local government law.

Before Furr joined the county’s staff in 2009, she practiced criminal defense in a law firm with Bill Tucker, now a District Court judge, and the late Bud Singletary. She took the job in 2004, after graduating law school at the University of North Carolina – Chapel Hill.

She, again, declined to talk about past cases other than quipping clients tend to be more memorable than their cases.

There was never any doubt Furr wanted to be an attorney, a career she identified early in life.

“I always wanted to be an attorney,” she said. “I’ve always loved competition.”

After five years in private practice, Furr opted for a different career path when the position of county attorney became available.

“I never intended to practice local government law,” she said. “I felt like it was a good opportunity.”

Accustomed to courtroom wrangling, Furr also worried the change might be too administrative.

“I thought I might be bored, but I am definitely not,” she added.

As a county attorney, she describes herself as a “Jill of all trades.”

“You have to be familiar with a lot of different areas of law in order to assist the various county departments and the Board of County Commissioners,” Furr said.

Between a sharp legal knowledge and a knack for research, Furr has been in the mix of numerous lawsuits involving the county.

“Jenny worked closely with our outside legal counsel and provided invaluable research and legal expertise that enhanced the county’s position in both matters,” Lucas added.

Furthermore, he said Furr’s contributions saved the county hundreds of thousands of dollars because of her willingness to assume responsibilities ordinarily left to outside law firms.

“Stanly County is extremely fortunate to have someone of Jenny’s caliber protecting our assets and legal standing,” Lucas added.

She insists it’s not about always knowing the answer, as long as “you know how to find the answer.”

A native of Mount Airy, Furr grew up on a tobacco farm with her mother and grandparents. She graduated from East Surry High School in 1996.

Furr first came to Stanly County as a student at Pfeiffer University.

“Stanly County seemed a lot like home,” Furr said. “That’s what drew me to Pfeiffer.”

Along with being a stellar student, Pfeiffer got a standout athlete in the commitment as well. In fact, Furr was named an Academic All American tennis player in 2000, the same year she graduated as valedictorian.

Incidentally, along with various Carolina paraphernalia and a hanger full of dress jackets for courthouse attire, Furr has a framed sketch of Babe Ruth and the New York Yankees on her office wall.

As for the office artwork, Furr has a lifelong fondness for the Yankees. When a teenager, she played on fastpitch softball teams that captured five Little League state championships.

Jenny and Allen, who met while she was at Pfeiffer, have been married for 14 years. They have two daughters, ages 11 and 6. They reside in New London.