Curtis Lee Furr, 65, of Stanfield, passed away peacefully in his home surrounded by family on Sunday, November 18, 2018.
Curtis was born June 28, 1953 in Stanly County to the late Roy Wilson Furr and Evelyn Beatrice Furr. 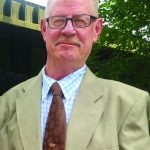 He was also preceded in death by his wife, Sheila Furr; sister, Shirley Eudy, brothers, Kenneth Furr, and Tommy Furr.
Curtis, also known as Pop to his kids, and Paw to his grandchildren, enjoyed embarrassing people and hearing people laugh.
Curtis was a jokester and got the most joy from seeing people happy. He never met a stranger and would always do whatever he could to help a friend out.
He enjoyed spending time with his family and also with his pups, Skeeter and Scooter.
Curtis retired from Charlotte Pipe & Foundry in Charlotte after 44 years. He will be truly missed by all who knew him.
The family will receive friends from 6pm-9pm, Tuesday, November 20, 2018 at Hartsell Funeral Home in Midland. The funeral service will be held at 3pm, on Wednesday, November 21, 2018, at First Baptist Church of Locust. Burial will follow at the Kinza Memorial Church Cemetery at 4311 Love Mill Rd., Stanfield.
Survivors include son, Daniel (Kelli) Furr, daughter, Tema (Eric) Smith, sisters, Carolyn (Rick) Torrence, Geraldine (Bub) Fink, brothers, Larry (Kathy) Furr, Ronald (Jane) Furr; grandchildren, Karsyn and Kailey Furr, Mallary and Cole Smith.
Memorials may be made to The American Cancer Society, 1901 Brunswick Ave., Suite 100, Charlotte, NC 28207 or to Hospice of Stanly County and The Uwharrie, 960 N. First St., Albemarle, NC 28001.
Hartsell Funeral Home of Midland is serving the Furr family.
Online condolences may be made at www.hartsellfh.com.