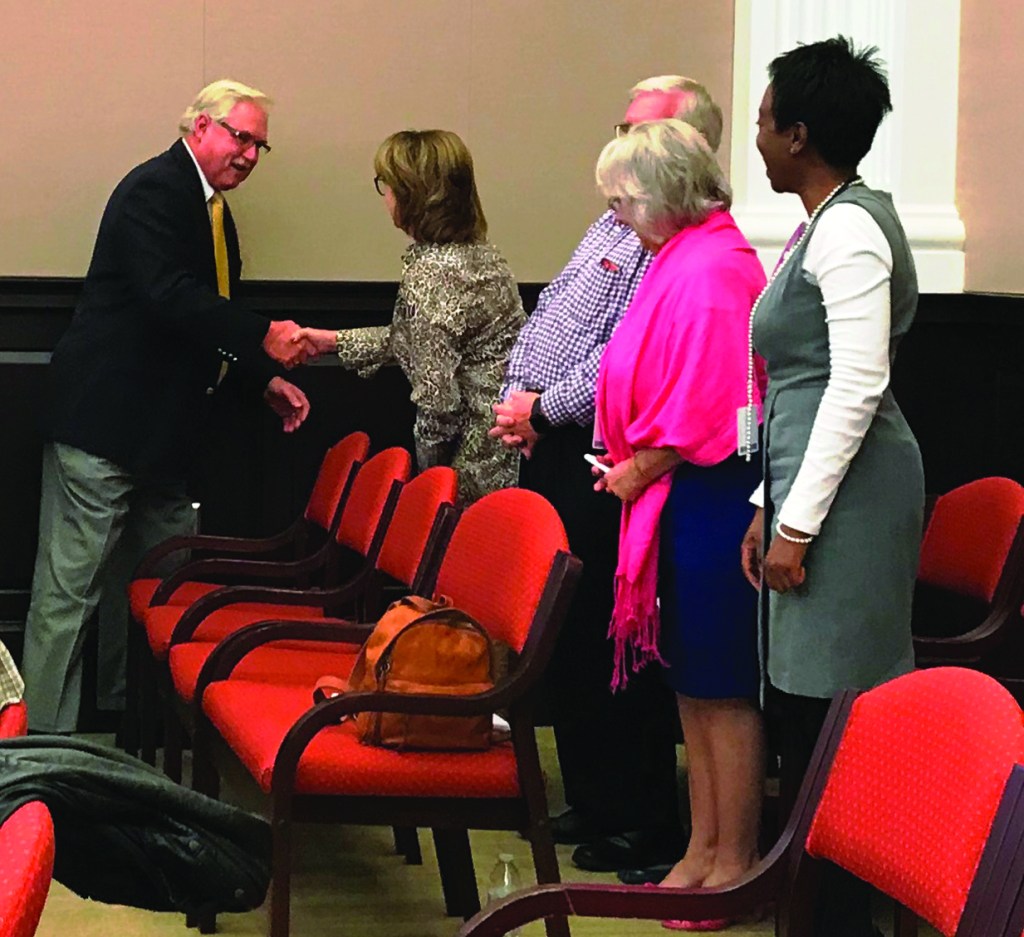 Mayor Ronnie Michael said the city has increased its budget for street repair and resurfacing by about $60,000 since the previous fiscal year, but further spending will be required to avoid falling behind.

“We need some help beyond Powell Bill funding,” he said. “We’ve got to find some other ways.”

For the coming fiscal year, the city has $300,000 budgeted for streets, and engineers developed three options for consideration by council.

The first option, referenced as “Worst First,” would consist almost entirely of reconstruction and major rehabilitation of city street sections in the worst shape.

However, the high expense of this option would allow only 1.6 miles of streets to be improved.

A second option, referenced as “Blended Approach,” would provide major and minor rehabilitation (mill and fill), as well as preservation (sealing, patching and microsurfacing/slurry sealing) for approximately 11.3 miles of pavement within the city.

The final option, “Miles,” would consist of preservation measures to be applied to about 16 miles of the city’s paved roads.

“There are about 115 miles of paved streets in the city,” Councilman Chris Whitley said. “If we were to choose the Worst First option, my calculations are that it would take us 17 years to complete the needs identified for the coming year.”

“We don’t need to let streets in decent shape now deteriorate,” added Councilman Benton Dry, who expressed support for the Blended Approach. “We need to do some of both.”
Councilman Dexter Townsend asked about criteria used in developing the recommendations.

“Engineering recommendations are based on a Pavement Condition Index,” Public Works Director Ross Holshouser said. “This takes into account the condition, subgrade and amount of travel on streets to prioritize needs and identify whether streets require full reconstruction, major or minor rehabilitation, or preservation measures.”

Holshouser referenced a chart which calculated backlog costs for each option.

The motion to use the Blended Approach unanimously.

Assistant City Manager Nyki Hardy, who was on the job less than a week, was introduced to Council by Ferris.

“She comes to us with a strong local government background, and has gone through a thorough evaluation process,” he said.

“Everyone on staff has been very welcoming and encouraging,” Hardy said. “I’ve already seen that Albemarle is a great community, and I will be a messenger of that fact.”

Dry, who was attending his final meeting before relinquishing his seat to newly-elected member Shirley Lowder, closed the meeting with words of appreciation for city staff.

“Not too many years ago, Jefferson Airplane said in a song, ‘we built this city on rock ‘n roll,’ ” he said. “Well, our city employees can truly say ‘we built this city on heart and soul.’ I’m blessed to have had this opportunity to serve, and I want to shake the hand of every employee here tonight,” which he proceeded to do prior to adjournment.

The council will meet at 7 p.m. Dec. 3 at Albemarle City Hall.