A Stanfield councilman and chairman of the Stanly County Economic Development Commission will not face charges for impersonating an SBI agent.

“There will not be any charges against Mr. Williams in this matter, because the video does not show him stating that he is an agent for or acting under the authority of the ‘State Bureau of Investigation,’ ” Clodfelter said via email Tuesday. 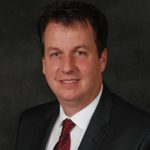 “While Mr. Williams said he was with the SBI, this statement was not made while trying to act under or impersonate the authority of the N.C. State Bureau of Investigation, he did not present any type of false badge or credential, the statement was not made under any circumstances where it could be taken seriously by the person hearing such statement to believe that they were being confronted by an agent of the North Carolina State Bureau of Investigation,” Clodfelter added.

On Oct. 17 Williams was observed and videotaped among a cluster of campaign signs along N.C. Highway 24-27. Terry and Carrie Pennington were monitoring their campaign signs after several were stolen.

As the couple videotaped Williams along the roadside the audio component of their recording device captured Williams identifying himself by name and with the “SBI.”

At the request of the Penningtons, the SBI subsequently investigated the matter and forwarded its findings to Clodfelter.

Clodfelter determined Williams was not specific enough in his uttered reference to warrant criminal charges.

“Instead of someone being approached/detained/confronted by someone falsely holding themselves out as a law enforcement officer,  Mr. Williams, upon making such statement, got in his vehicle and drove away ending the interaction; rather than act as if he were trying to arrest someone or otherwise exhibit N.C. state authority, and finally; as I’m sure a defense lawyer will point out, under these circumstances,  the term ‘SBI’ could be an abbreviation for many things,” Clodfelter stated.

The Penningtons, however, said they concluded Williams was representing himself as agent with the State Bureau of Investigation, which prompted them to contact the agency. 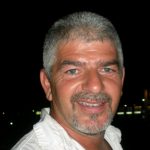 “Why is he protecting him and targeting me?” said Terry Pennington, who has misdemeanor assault charges pending. “Why don’t the same rules apply to him?

“That’s my thing with the mafiaism,” he added, referring to part of the wording on the campaign signs, “STOP Courthouse Mafia.”

Williams did not immediately respond to a request seeking comment.

Audria Bridges, special agent in charge for the SBI, did not return a message seeking comment about Clodfelter’s decision.

The Penningtons’ signs included campaign verbiage against voting for Thai Vang, an assistant district attorney for Stanly County, who was then running for a District Court judge. Vang subsequently defeated Beverly Spencer on Nov. 6 for a seat on the bench.

Clodfelter publicly endorsed Vang, his chief ADA, for the bench.

Both Vang and Sheriff George T. Burris previously said the Penningtons’ signs were not legitimate; therefore theft of campaign signs did not apply.

However, Kim Blackwelder, director of the Board of Elections, said the signs are legal and that the Penningtons have a right to post them like any other campaign advertisement.

Once the Pennington signs began to disappear, the couple decided to put them under surveillance and videotape any suspicious activity related to their signs.

On the same day as the encounter with Williams, Sandra Lorch Jordan was observed and videotaped uprooting the Penningtons’ campaign signs and placing them in her car before leaving.

The Penningtons followed her home and called 911.

Once officers arrived on the scene, they found Jordan to be in possession of the signs. However, they refused to charge Jordan for theft.

He said deputies were told to arrest him as a convicted felon in possession of a firearm, only he did not have a handgun.

The Penningtons later went before a magistrate to seek a warrant against Jordan. A subpoena was issued for Jordan to appear in court Nov. 7. However, the case has been continued until Feb. 20, 2019.

Carrie Pennington filed a grievance Nov. 5 with the N.C. Ethics Commission regarding Clodfelter’s failure to have deputies charge Jordan for the theft of her campaign signs.