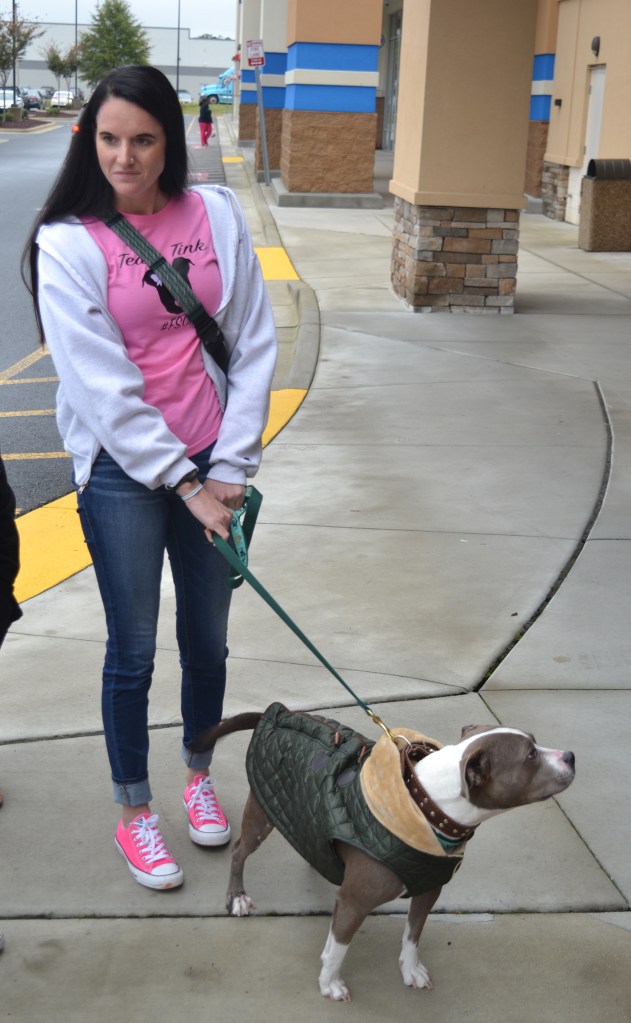 After cheating death one year ago, she’s been dealt another life-threatening fight.

Tink, a beloved pit bull with local ties, has been diagnosed with cancer. She was diagnosed last week with a mast cell tumor (MCT), the most common tumor in dogs, according to a social media post by Meagan Davis, Tink’s adopted owner.

Monday Tink underwent surgery, which appears to have gone well.

“She’s moving around good, and seems to be really comfortable as the days continue,” Davis posted on Facebook Wednesday.

Prior to surgery doctors were concerned about what appeared to be a genetic heart condition. After tests, doctors proceeded with the surgery.

Just last month Davis returned Tink to her hometown to headline a fundraiser and pet adoption campaign in Albemarle on behalf of Friends of Stanly County Animals. 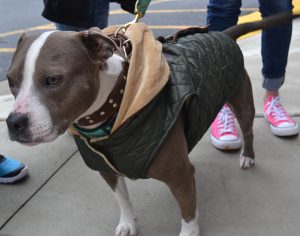 As of April, Tink became a trained therapy dog, courtesy of Invisible Paw Prints. She is especially sensitive to the needs of children.

Last year Tink suffered a harrowing ordeal after being dragged along a Stanly County road tethered behind a pickup truck. Between dangling by the neck and bouncing on the road, Tink suffered gruesome injuries.

Discarded and left to die in a field, a witness to the incident managed to find Tink.

Volunteers sprang into action by getting her emergency care.

Supporters hearing her story responded by raising more than $10,000 for her medical treatment.

Tink was hospitalized for two months recovering from her injuries.

“Just a year ago we were going through something similar but we got through it together along with all the love and support from so many others,” Davis said in the post.

Many of those same supporters have again showered Tink and Davis with support.

“I can’t tell you enough how much it means to me (for) everyone who has reached out, commented, texted, messaged, for all the love, support and prayers,” she posted. “I am beyond thankful and truly so blessed.”

No one was ever charged in Tink’s incident.

Tink also suffers from idiopathic seizures, which are unrelated to her prior injuries.