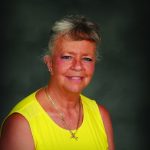 Donation of food for the SCCM was 30 pounds for October and 29 pounds for November.
A congregational meeting was held after worship service on Nov. 18 so that the Session could present the 2019 budget to the congregation.
Other business that was presented was an offer to buy the manse. A motion to postpone this diction was made and approved. There will be another congregational meeting in a couple of weeks to decide on this offer.

Prayer Concerns
Don Almond asks that we keep him in our prayers.
Mr. Almond would welcome any and all visitors who would like to stop by and see him. Don has moved to Woodhaven, in room 100.
If anyone would like to send him a card his address is as follows: Don Almond, Woodhaven Court Room #100, 1930 Woodhaven Drive, Albemarle, NC.
Prayer requests are for Justice Givesbury, Angela Green, Emma Porter, Jim Howell, Joe Furr, Amy Hartsell and family, Judy Chappell, David Fesperman and Serenity, Steve and Laura Troutman, Candi and Jeremy Reed, Rozenna Tucker, Wanda Krimminger and Bob, Tammy’s mother, Charlene Wallace and son-in-law, Don Almond, Larry and Betty Mauney, Roy and Lois Furr, Jeannette Troutman, Katie Fisher, Pauline Tucker, Charlie and Mary Isenhower.

Oak Grove United Methodist Church
Oak Grove United Methodist Church is at 32056 Herrin Grove Road, Mt. Pleasant.
Mission minute and Cupboard of Love – The congregation is asked to bring in canned food, toiletries and other necessities every week to donate to those that need it most in our community.
Nov. 25: After morning service will be the decorating the sanctuary for Christmas. All that can stay for 15-20 minutes are asked to do so.