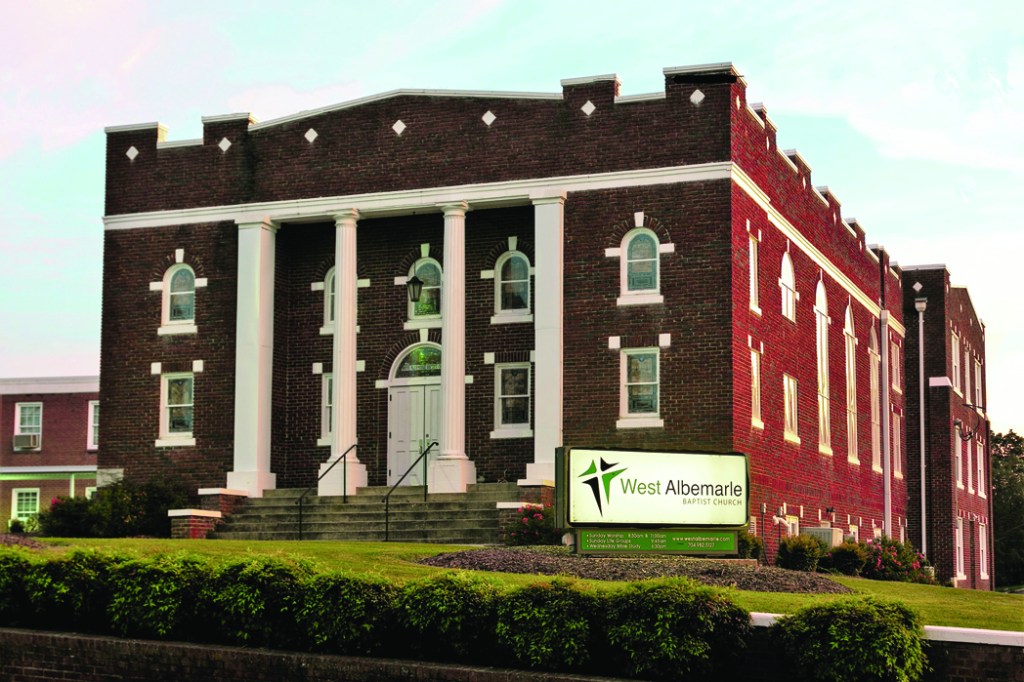 Contributed The second site on the tour is the sanctuary and education building of West Albemarle Baptist Church, 336 W. Church St.

Tickets and brochures will be available on the day of the tour at Glory Beans Coffee, which will open at 1 p.m.

The proceeds from the event fund many of the downtown beautification projects. This year, six private homes and two public sites will be open for tour. 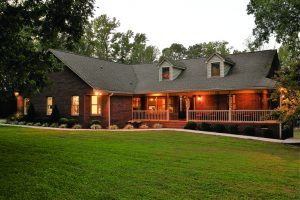 Contributed
The brick ranch home of David and Lisa Brown at 35306 Beth Road, Albemarle, was constructed in 1994. It is the first stop on Albemarle Downtown Development Corporation’s 2018 Holiday Tour of Homes. The tour will be 2-6 p.m. Dec. 9. Advance tickets are
$12 and available at Glory Beans Coffee, Starnes Jewelers, La T Dah Boutique, Second Street Sundries and the ADDC office inside Albemarle City Hall.

The home sits on a parcel of land that was included as part of the former David Herlocker Farm. This brick ranch home, with wrap-around front porch, was built in 1994 and offers the best of peaceful, southern country living.

The original owner, Rodney Lower, contracted with Terry Smith Construction to build the foundation, framing and brick work of the home. Then, Rodney and his father, James, completed all inside work.

The Browns purchased the home in 2015 and began adding their own personal touch while renovating almost every area of the home, both inside and out.

As one tours this home, take note of the many special features the Browns have added.

Inside the home one will find new flooring, custom cabinetry, a custom fireplace, updated bathrooms, countertops, light fixtures and paint throughout.

The Browns converted the unfinished upstairs into a home theater, home gym and office.

They even added custom pieces of furnishings and accents of their own making.

Outside the home one will find newly added back decking, sidewalks along the property and landscaped grounds complete with a water element and new barn.

According to the Browns, they feel this home was made for them. They were searching for a home that would allow them to return to their roots of country living. The privacy and serenity of their current home, in a setting that allows them to enjoy the native wildlife, is one of the features they love the most.

Moving on to the first public site, site 2, is the West Albemarle Baptist Church Sanctuary and Education building.

The church is at 336 W. Church St. in Albemarle. The structure, built in Neo-Georgian style with Jacobean influences, was completed by Locke Anderson Moody toward the end of his career.

This builder also constructed several notable buildings in Albemarle including the Alameda Theater and The Hall House on Second Street.

Dedicated church members leveraged their own homes as collateral and negotiated a deal with the mortgage company. As a result, payments of $40 per month were allowed until the Depression was over and normal payments could resume.

A stroll through the property will reveal hand-painted murals of past logos of Efird Manufacturing and Wiscassett Mill Company, two companies that helped shape the West Albemarle area. A careful eye will also note books from the original Albemarle library carefully placed throughout the space.

Over the years, many renovations have been completed. The sanctuary was remodeled in 2015 and the education area renovation was completed in April of this year. The most recent renovation project was committed to honoring the past while embracing the future.

Although one will find the space filled with modern technology in every room, take note that entry to that room is only gained through the original doors using the original glass doorknobs. Although almost 90 years old, the building continues to evolve and provide a place of ministry in the 21st century.