There are more than 23 million Americans who suffer from alcoholism or addiction to legal and illegal drugs, but only a small percentage actually seek professional help.

According to a report by the Surgeon General in 2016, 1 in 7 people in the United States is expected to develop a substance use disorder at some point. However, only 1 in 10 will receive treatment. 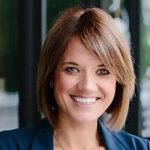 Stigma is one of the greatest barriers to people reaching out for help.

If you don’t know what I am talking about, just go on social media and it won’t be long until you scroll across a meme that is making fun of those suffering from addiction, or comments using words that dehumanize people with addiction. That “junkie” you are making fun of is someone’s son, mother, brother or sister. It’s a human being whose life matters.

It’s MY brother you’re talking about every time you say “junkie,“ “dopehead” or any other demoralizing and shaming name you come up with.

Many people do this without thinking; without being mindful. My hope is that when we know better, we will do better. I’ve seen firsthand how people can change their perception.

I recently read through comments on social media about Narcan distribution in Stanly County and was saddened and disgusted by the hate and ignorance shown toward human life. It appears that some people think they are immune to addiction. They believe it’s a choice and often that the person deserves to die.

But what if it was your child?

Would you think differently?

I can honestly tell you that if a mother’s love could get a child clean and sober, there wouldn’t be a need for Will’s Place in our community.

It’s time we start doing better in our community so we can reverse the number of overdoses and help more people into recovery. It starts by changing the language we use, being mindful of the memes we post on social media and asking ourselves why we value one life over another.

When I was about a year sober I started praying a prayer for God to break my heart for what breaks His.

My heart breaks daily for those suffering from drug addiction but it also breaks for the people who think that those lives don’t matter. There is no greater purpose in my life today than to be able to help someone who doesn’t think they deserved to be helped.

I would give anything to have had that opportunity to help my brother.

Instead, we share his story and our pain to help others.

Stigma doesn’t exist and a person’s past is irrelevant.

My hope is to extend that same compassion, grace and love throughout our community so we can begin healing, bring families back together and prevent others from ever having to know what it’s like to bury a child or sibling.

Allison Hudson is the founder and executive director of Will’s Place in downtown Albemarle. It is named after her brother Will, who died of a fentanyl overdose. Hudson is also in recovery.