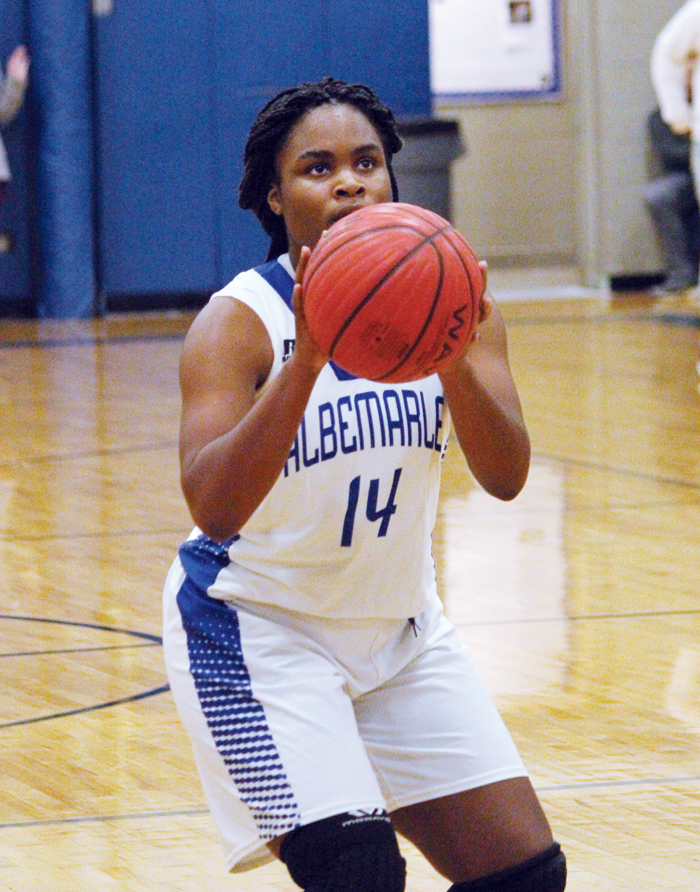 Story by Jesse Deal, for the SNAP

After opening its season with a 10-point road win over Anson, the Albemarle varsity women’s basketball squad faced the Bearcats once again Friday — this time at home

The result was a 70-32 blowout victory that featured the Bulldogs (3-0) scoring 35 points in each half and controlling both sides of the ball with ease.

“We’ve got a good offensive team but I was more impressed with our defense,” said Albemarle head coach Eric Davis. “Defense is what wins championships. Rebounding and controlling the glass is huge for us being as small as we are.”

Senior guard Zycoria Tillman led the Bulldogs with 27 points, including 14 in the second half. Her teammate and fellow senior, Armani Baldwin, recorded 17 points.

Boosted by their 30-9 start, the Bulldogs found early success at the free throw line and from behind the arc.

Though they had a solid height advantage over the Bulldogs, the Bearcats (0-4) struggled to contend with their opponent’s speed and shooting ability throughout the contest.

The Bulldogs will look to pick up their fourth win Tuesday night in Winston-Salem to face the Carver Yellow Jackets (0-5).

As it stands, Albemarle is the first Yadkin Valley Conference squad to reach three wins this season.
South Stanly (2-0) and North Moore (1-0) are the only other conference opponents without a loss.