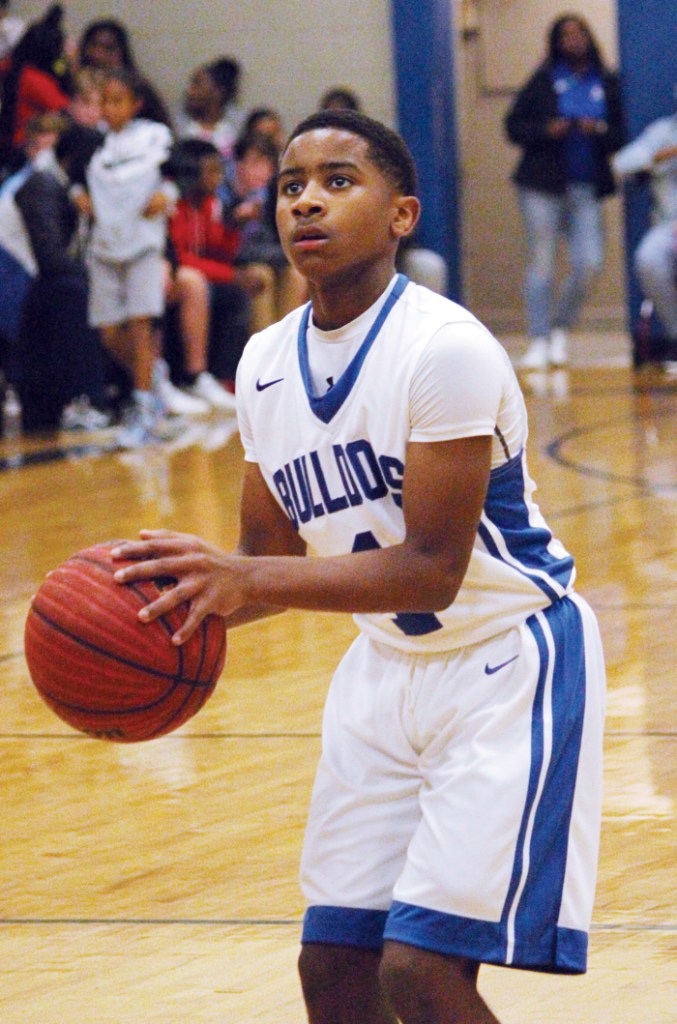 The Albemarle varsity basketball team suffered its second loss of the season Friday, falling to Anson in a 56-54 defeat at home.

Though the Bulldogs (1-2) opened the season with a 59-53 road win over the Bearcats (1-3), free throw woes and turnover problems doomed Albemarle throughout the whole rematch.

“The game’s result was close but the game wasn’t close,” said Albemarle head coach Marc Raye. “You can’t beat anybody while missing free throws and having 20 turnovers.”

Trailing by two points with 6.6 seconds left on the clock, the Bulldogs had a final possession to attempt to win or tie the matchup. Senior De’Sean Horne was able to grab the pass from half-court but his shot attempt was unsuccessful, giving Anson its first victory of the season.

“The refs gave us a chance even to the last six seconds,” Raye said. “The play was there but we didn’t convert and we didn’t deserve to win. The whole game, I was telling them to seize the opportunity that’s given and to grab the bull by the horns – we rode on the bull but we got tossed around.”

Albemarle never trailed by more than seven points in the contest; however, a 1-for-13 start from the foul line set the tone for the Bulldogs’ uneven performance.

Freshman point guard Marc Raye Jr. had a team-high 16 points while Horne had eight points. Even though eight other Bulldogs scored in the game – a balanced output on paper – none reached the six-point mark. Juniors Malachi Baldwin, T’Ziah Quarles and Gage Dennis each had five points.

On the other side of the ball, senior Brice Carpenter led the way for Anson with 20 points. Sophomore forward Kobe Teal notched 11 points and sophomore Lance Shuler had nine of his own.

The 2-0 West Montgomery Warriors remain the only undefeated squad in the Yadkin Valley Conference.