Organizational activities were the primary business at Monday’s regular meeting of the Albemarle City Council, as the board welcomed one new member, swore in two re-elected members, and bid farewell to another. 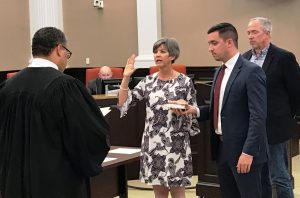 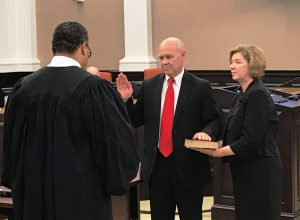 Prior to the inaugurations, council members took turns expressing appreciation and thanks to Dry for his four years of service.

“Thanks for what you’ve brought to the council,” said Mayor Ronnie Michael. “You have brought the voice of business to the discussions we’ve had.”

While Councilman Dexter Townsend described Dry as “a true leader who has brought lots to the table,” Councilman Bill Aldridge noted “the city is in a much better position in 2018” because of Dry’s contributions.

“What a great difference you have made,” added Mayor Pro-tem Martha Sue Hall.

Dry took time to express thanks to his fellow council members as well.

“It’s been a pleasure and an honor to serve,” he said. “When I started in 2013, I knew we had a monumental task ahead of us, but working together we have built a strong foundation for incoming councils. And that was not because we were special, but because we were committed.”

“Former Mayor ’Whit’ Whitley gave me some great advice when I came in, and I want to pass it on to you,” he said. “Listen, ask questions, and learn.” 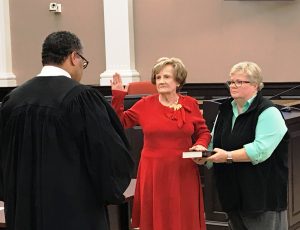