Mark Johnson Column: The talent pipeline is the key for North Carolina

Bad news for North Carolina was recently made official: Amazon decided to split its east coast headquarters between two cities — and neither one is in our state. New York City and a D.C. suburb will split the estimated 50,000 jobs and $5 billion in investment from the Seattle company’s “HQ2” project. In addition, Nashville got a consolation prize of 5,000 new jobs to be Amazon’s east coast hub of operations.

North Carolina submitted several bids for the project and was in the running. Leaders across the state should be commended for their strong bipartisan work, but we lost.

So, what can we learn from Amazon’s rejection? 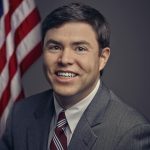 How can we strengthen North Carolina’s future bids for large projects?

Amazon was very clear about what led to the decision to split HQ2 and to select the areas it did: its need to recruit talent, especially in this tight labor market our strong economy has brought to the nation.

And it’s not just Amazon that needs well qualified employees. As state superintendent, I hear from school, community, and business leaders on their needs. They tell me that even though they have the careers available, they can’t find enough qualified candidates to fill them.

Let’s look at how we might overcome potential challenges by providing the best talent pipeline possible for the next major manufacturer, the next tech giant, the next growing start-up, and even our local school systems.

If we eliminate one of the biggest challenges companies and organizations currently face — recruiting skilled workers — we can compete with any state in the nation. That task begins in our schools through a focus on connecting students to career pathways.

North Carolina must demonstrate to students that we support multiple paths to success after graduation. The choice is theirs — an immediate career, military service, apprenticeship, skills training at community college, or going to college. We need to transform our education system to provide the training our students need in the 21st century.

Educators are already working hard to do the most they can under our current education system. Your elected leaders, including me, must empower educators with more support to show students career pathways that provide them the best opportunities to pursue their American Dream.

At your N.C. Department of Public Instruction, guiding students into the talent pipeline is a top priority, and our work is bearing fruit. Our Career and Technical Education program allows high school students to earn industry-recognized credentials, often at no cost, while in school. The credentials vary from Microsoft Office software certification to CPR and masonry programs.

For the past few years, the program has grown at about 12 percent a year. But in the 2017-18 school year, the number of credentials earned by students jumped to 276,561 — a 73 percent increase over the previous year, and more than double the number earned just two years ago.

We are just getting started. We will soon engage students in middle school and high school to consider which paths are best for them. Computer science and coding, for example: there are more than 18,000 unfilled computing jobs in North Carolina alone, with an estimated $1.5 billion in annual salaries available.

Many of those careers do not require a four-year degree, but there are fewer than 6,000 students enrolled in computer science courses right now.

To help fill the pipeline, we have already expanded computer science pathways through our Computer Science Plan enacted with the General Assembly last year. This will provide all North Carolina students with the access, tools, and knowledge in the fastest growing career field in the nation.

It’s not just computer science, though.

We will be educating students on career pathways such as trade-skills, teaching, healthcare, military service, and more. We must provide all children the opportunity to work hard and reach their American Dream.

Ensuring that students have their best opportunity for success goes hand-in-hand with increasing our chances to land the next major business expansion or relocation. It’s a win-win.

Mark Johnson is the elected superintendent of North Carolina’s public schools. After teaching school in Charlotte and serving on the Winston-Salem/Forsyth County School Board, he now lives in Raleigh with his wife and their daughter, who started kindergarten in August.

LETTER TO THE EDITOR: Freedom is gone

D.G. Martin Column: A plaque for Bush in Chapel…